YOU KNOW YOU’RE IN ECUADOR WHEN… Since I moved to Ecuador two months ago, I’ve been constantly finding myself surprised, charmed and amazed by the local culture. Here are a few glimpses into what I think makes Ecuador the way it is. 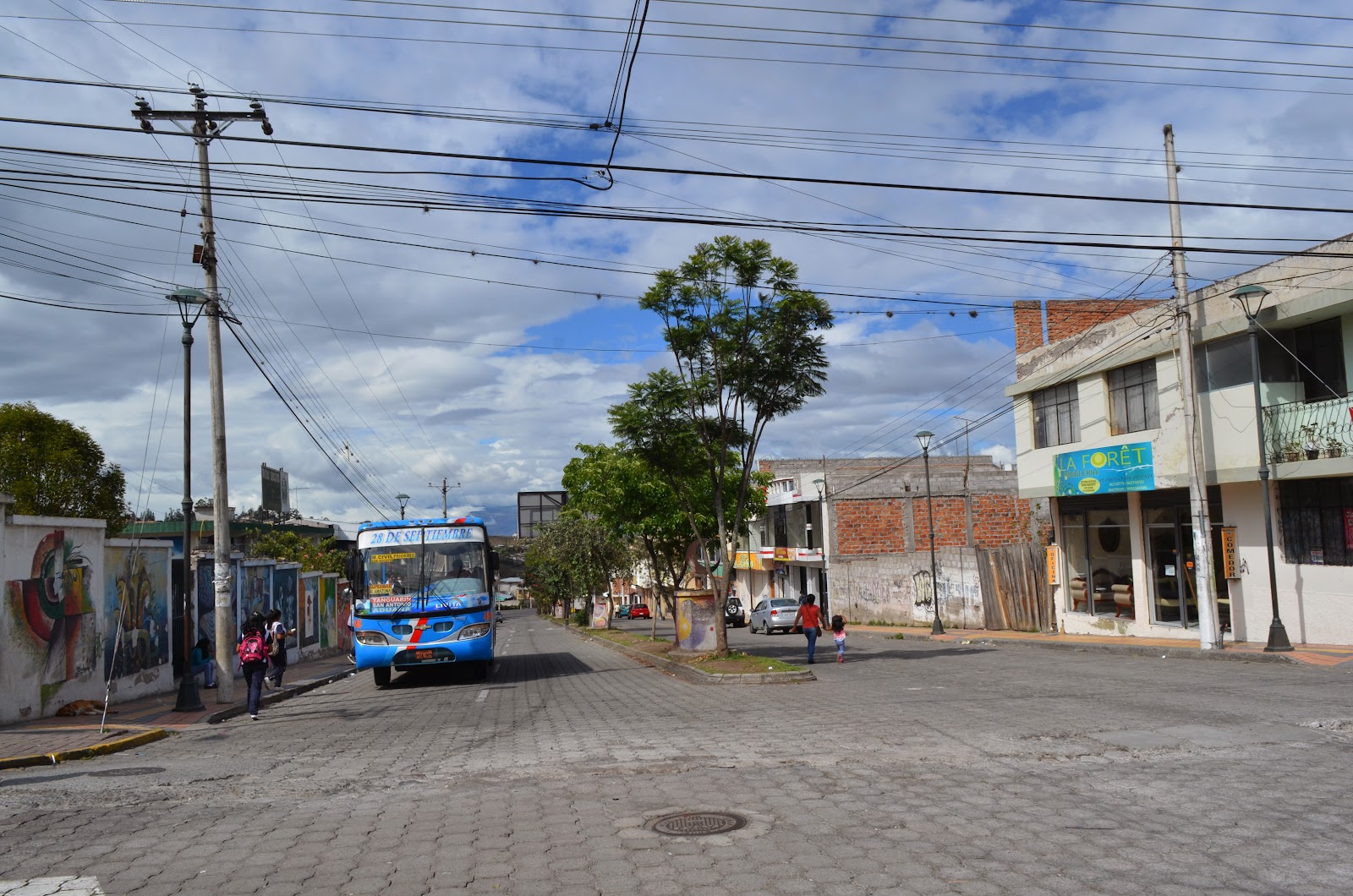 1. You master the skill of getting off the bus while it is moving. In rural areas of Ecuador, buses rarely stop. It doesn’t bother locals who confidently get out of the bus where they need to, but gringos, while getting off, perform a move that looks more like an awkward stumbling fall than a confident jump. Sometimes passengers shout “Gracias!” that echoes all the way to the front of the bus so the bus driver knows to slow down at the next bus stop. But If you’re not familiar with the terrain, it takes an extra effort not to miss a bus stop since they’re only marked with a sign Parada or, most of the times, don’t have any identification at all. Also, next time when you decide to take a bus to bring your abuela a hot lunch, be ready to make your way to the exit door through the crowd of people selling candy and home remedies. 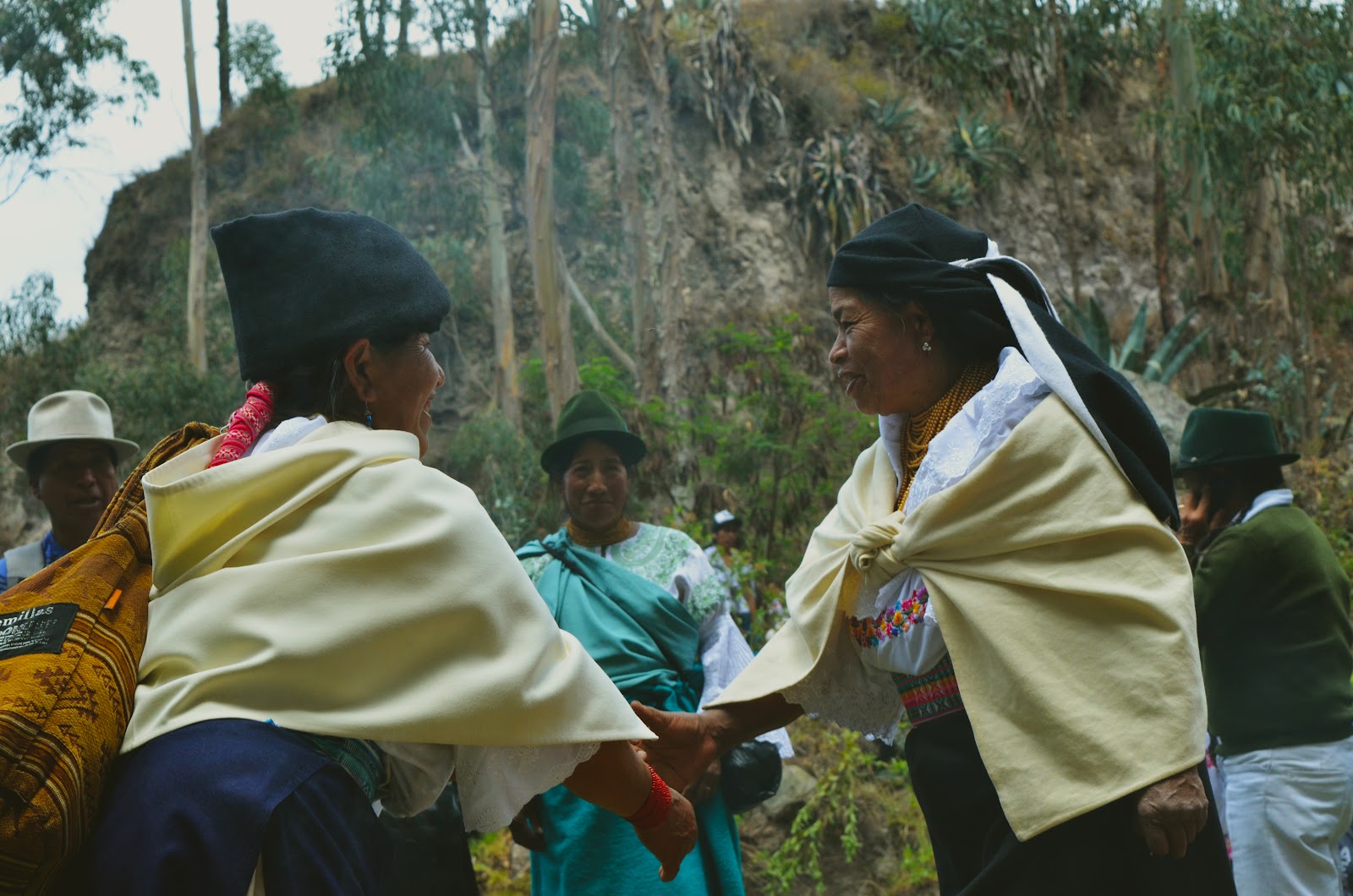 2. You think your host family has just four family members until at a family reunion you get introduced to a crowd of 40 people all of whom turn out to be your relatives. An Ecuadorian family extends far beyond the nuclear family (parents and children), to include cousins, uncles, great-aunts, fathers-in-law, half-brothers and members of one’s ex-husband’s new family. It’s typical for Ecuadorians, especially from an older generation, to have 7 or more siblings. Usually, the family members live in close proximity to each other — in one city or even in one  block of apartments, which allows families to meet on the weekends, have lunch, play cards and dance. It’s considered normal if a person in his late 30s still lives with his parents. Ecuadorians believe that it is never too late to find a significant other, so no need to be surprised when you hear people saying: “He is 52 years old and still single.” 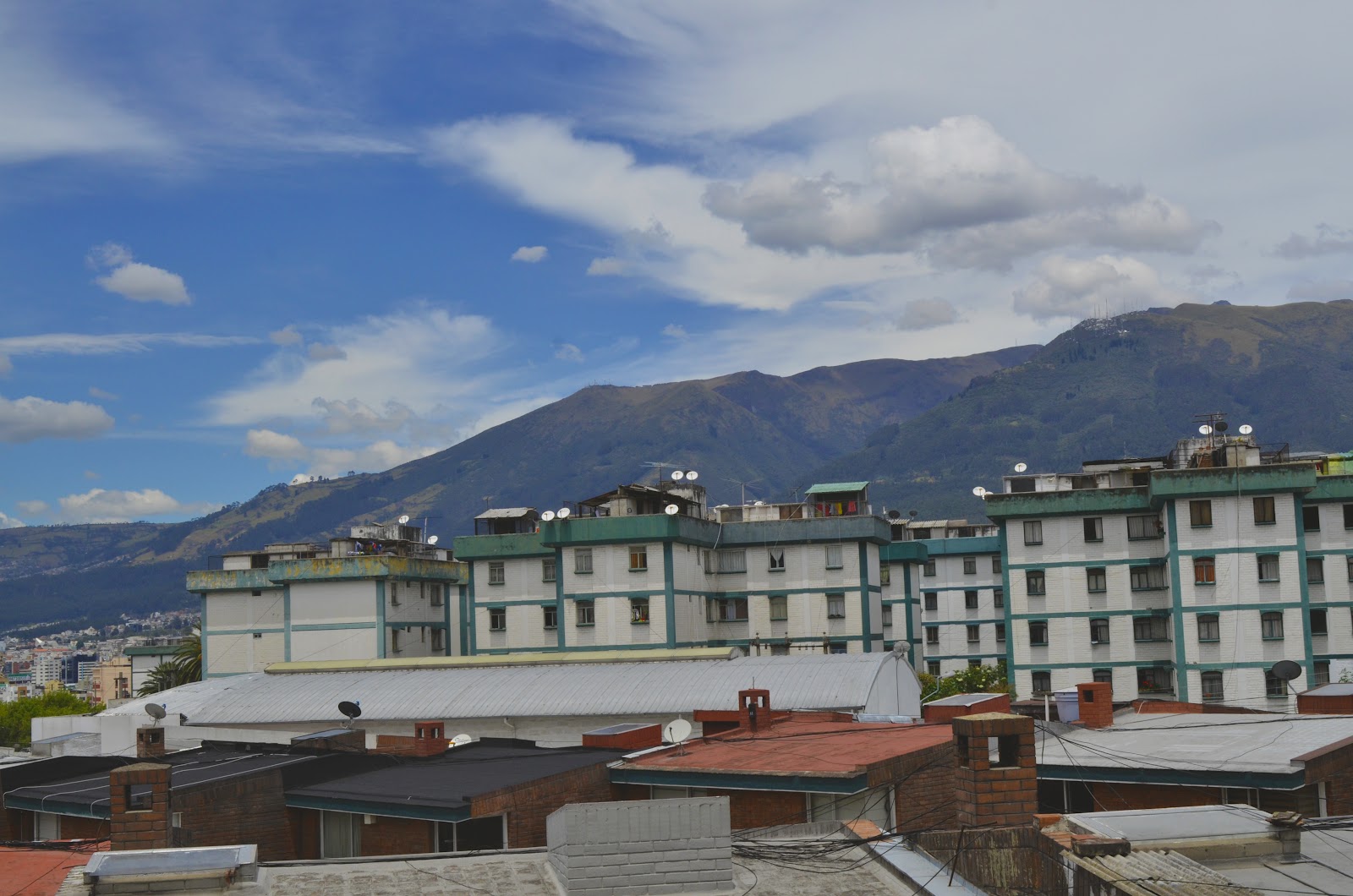 3. You experience your first earthquake. Seisms or temblores of 3.5 – 4.7 magnitude aren’t uncommon in different parts of Ecuador. Such relatively small quakes don’t pose a threat to people’s lives and hence are treated with little concern. Ecuadorians have come to terms with the movement of tectonic plates and continue going about their business while the earth under their feet shakes, often adding that this is just a temblor and no reason to panic. 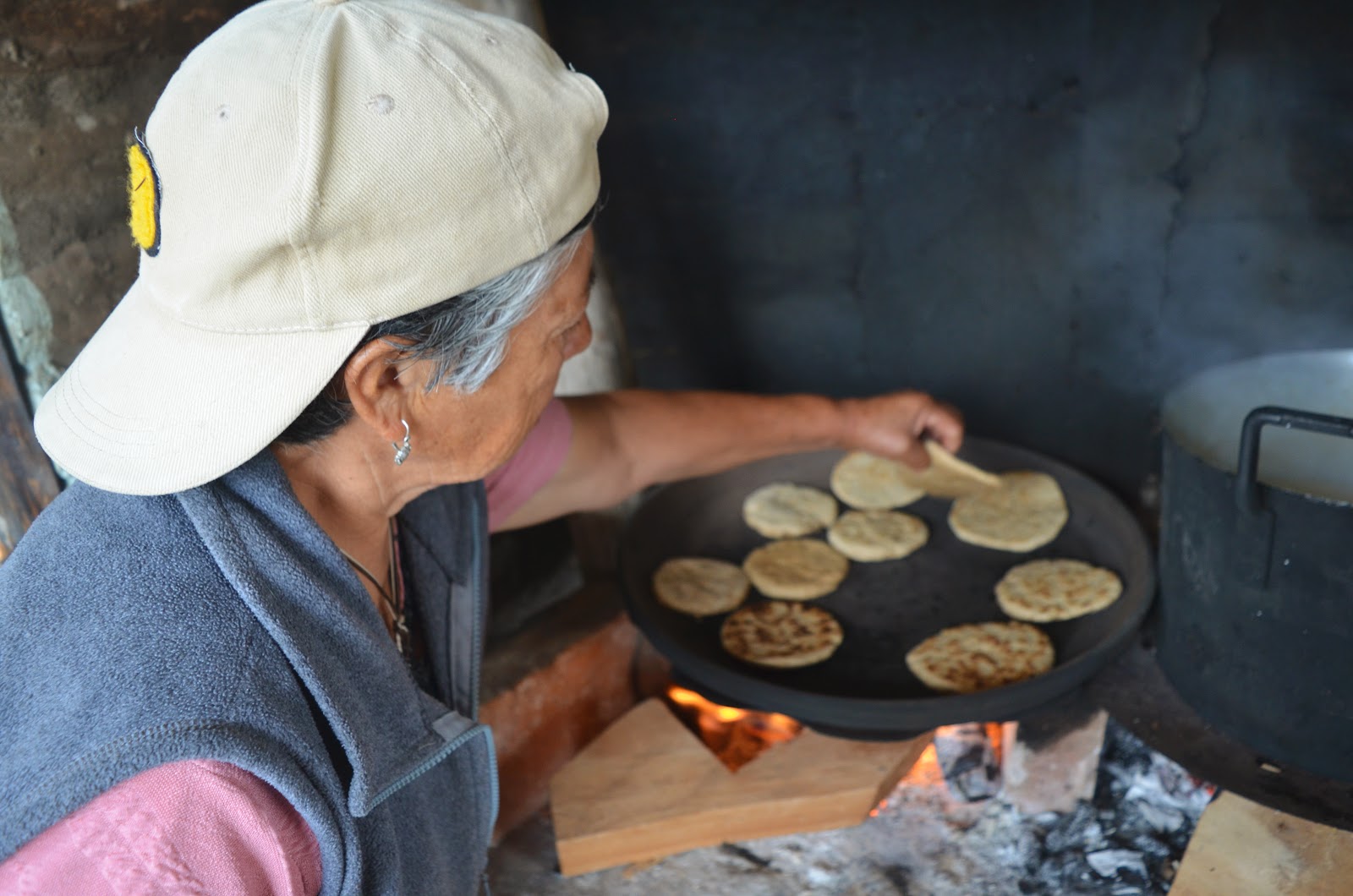 4. You become a foodie. You don´t eat out of hunger but rather out of curiosity. Even though the street food occasionally upsets your stomach, it’s hard to resist empanadas (a fried pastry with cheese with sugar on top), bizcochos (salty cookies) and roasted corn. You soon discover that in Ecuador a guinea pig is not only a pet but a delicious meal! A traditional fiesta is not complete without a dozen of roasted guinea pigs. After all, it’s not that different from eating a meat of any other animal. In addition to all this goodness, you get to try a plethora of exotic fruits. Tomate de árbol, granadillas, uvilla, arazá, starfruit, papaya, passionfruit and mango are commonly grown in families’ backyards. And what’s best is that you regularly get a glass of fresh juice served to you with a meal by a warm-hearted Ecuadorian mom, or can as well buy a bottle of natural juice at almost every corner on the street. 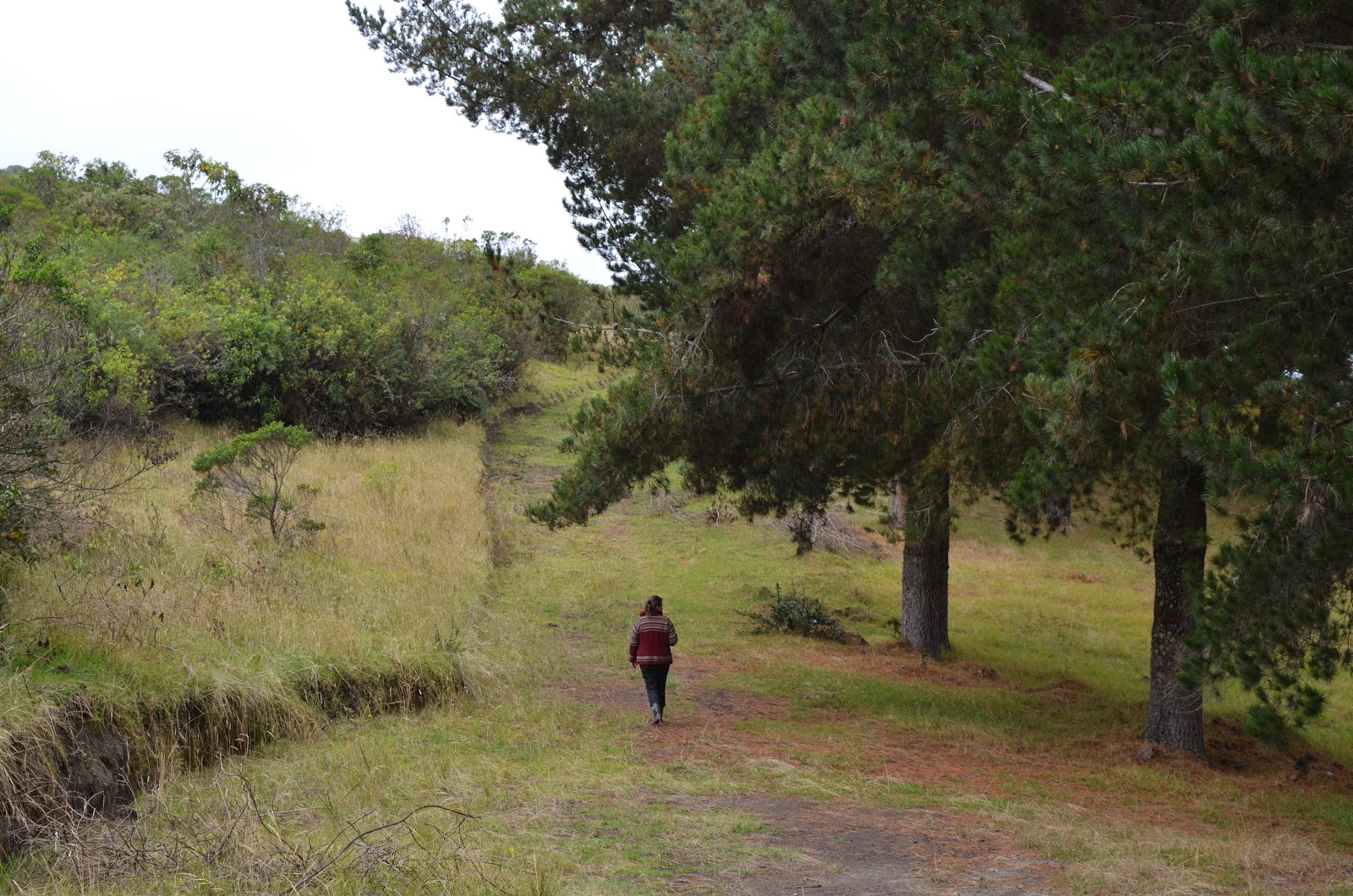 5. You learn to expect the unexpected. This applies to many things, but the weather here is a special case. It’s always a good idea to have a jacket in your backpack in case it starts pouring rain. They say there are only two seasons in Ecuador – the dry season and the wet one. In reality, most of the times, while the sunshine in the morning fools you into believing that the day will be hot, the closer it gets to the afternoon, the more portending rain clouds there are in the sky.

Here at Global Citizen Year we talk a lot about practicing curiosity before judgment when immersing ourselves into a new culture. It’s about trying to understand a reason behind a certain behavior or tradition in a foreign context, staying open-minded to different ways of living and asking questions when facing something we don’t quite understand. With this attitude in mind, I was able to see more than just a tip of the immense cultural iceberg. And now, I can’t stress enough how rich and unique Ecuadorian culture is, and how excited I’m to realize that there are yet so many places to see, things to learn and people to meet!

Hanna is passionate about learning how media and visual arts can be means of social change. She was involved in teaching art and handicraft to children in Armenia which has propelled her into thinking about the importance of education for personal growth. She also promoted well-being among the student body and provided consultations on crisis management as a Student Health Educator and a Peer Listener at UWC Dilijan. Her goals for the year are to strive to be her kinder and more genuine self, gain skills that will help her to be proactive agent of change in the future and establish meaningful connections with a new community. The quote that motivates her to explore is “The outer journey should assist us with the inner one.”