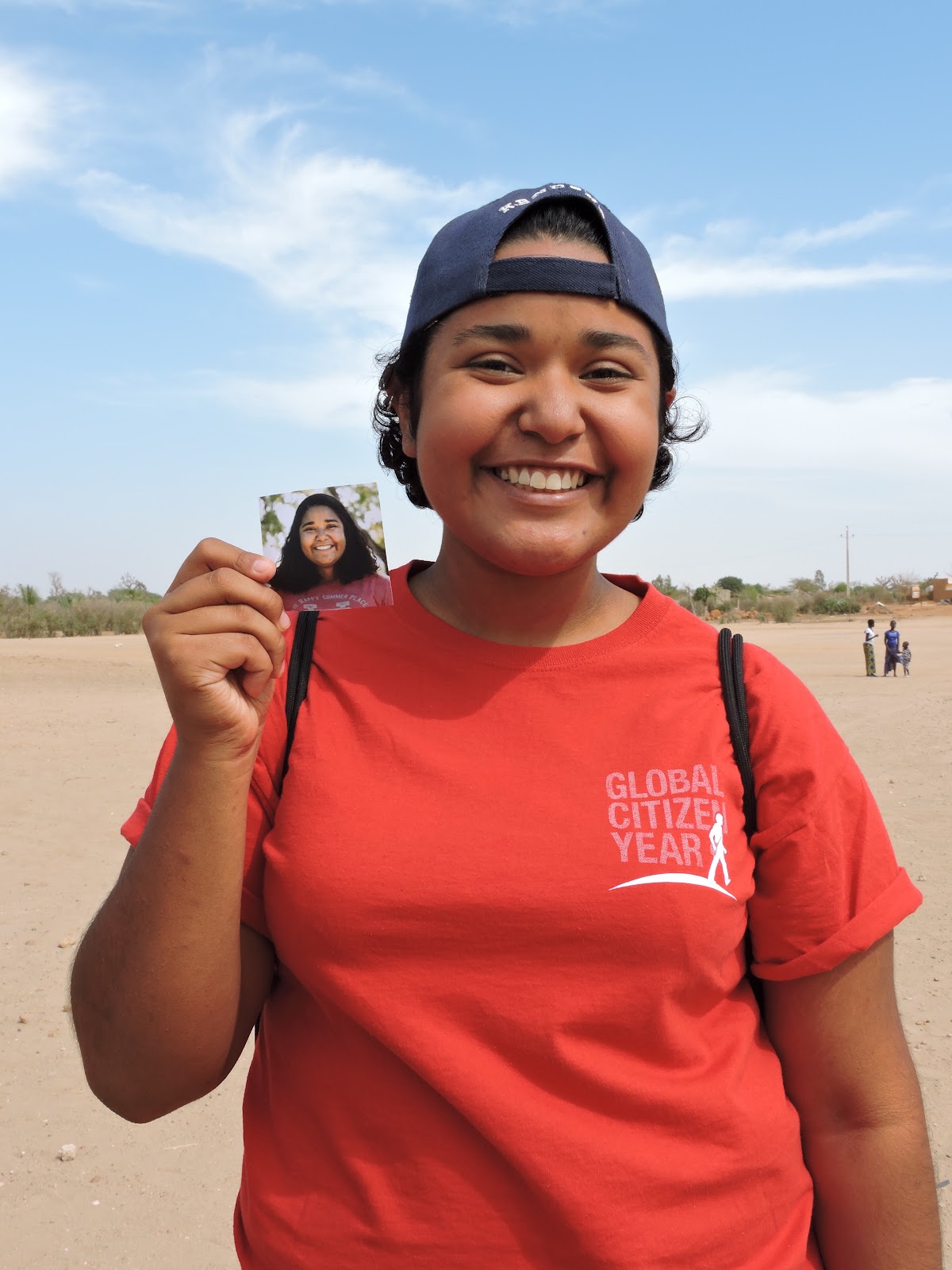 It’s me, I’m back! Mainly because it’s a requirement for the coveted Global Citizen Year alumni exclusive backpack but also I want to explain the last couple of months. The last time you saw little ole’ Coumba Thiaw, I was lacking inspiration and not really knowing what to do next. The last real blog post was about the decision to cut all of my hair off and before that, a post after a mere two months in country about how a crappy month didn’t equal a crappy experience. I have a lot to say and I hope I don’t lose you all. 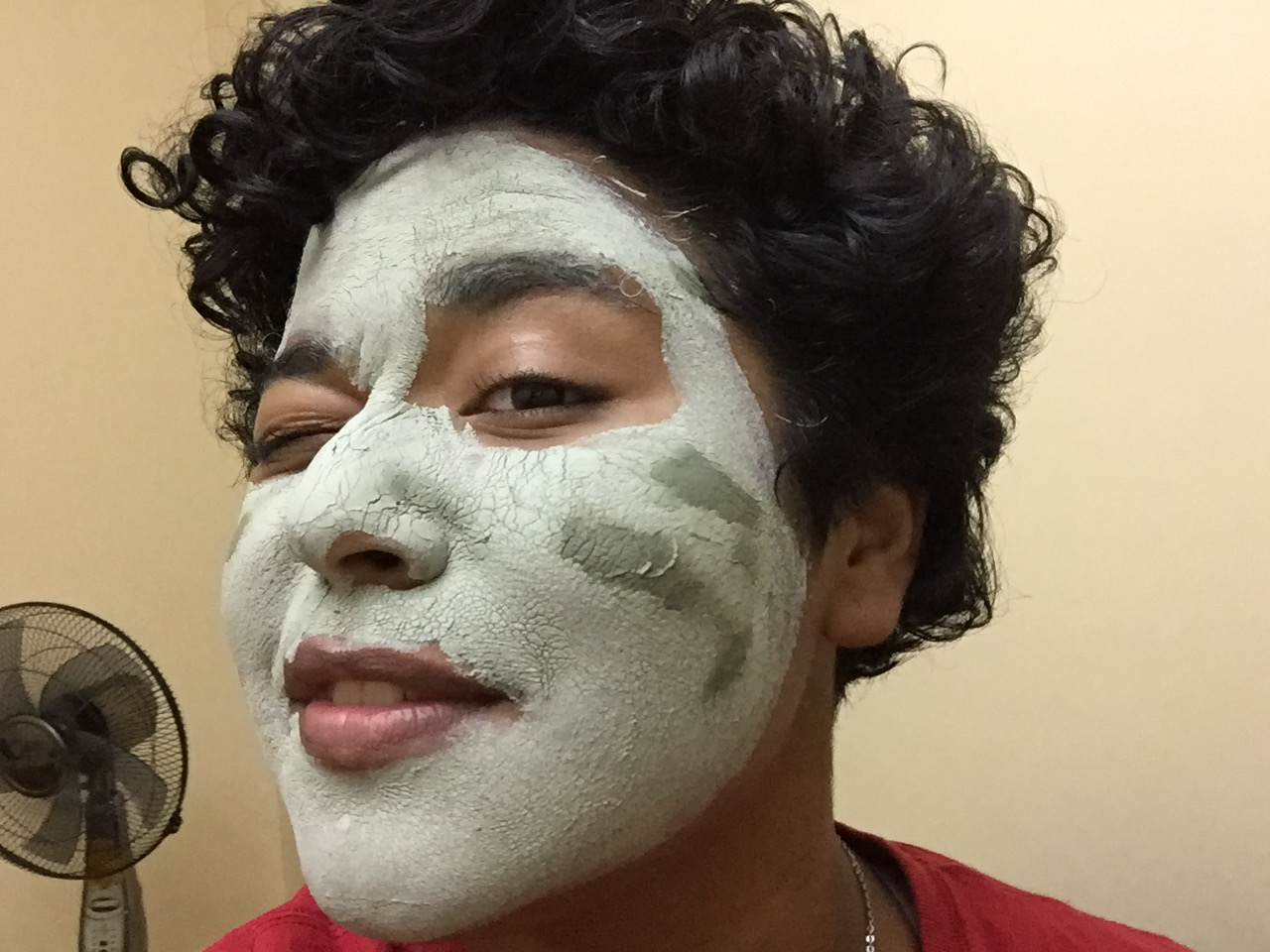 I shut down emotionally in December, and I couldn’t seem to reboot my system. Something that I stopped doing a long time ago but for some reason in December I crawled back into the safety of that cave. See, over the past… four years of my life I’ve gotten really good at expressing myself and talking out my feelings. However, in the beginning in the month I didn’t feel heard by the people around me and whenever I did expressed myself, I would get hit with the ‘Well, what could you being doing better to stop x,y and z’? I also felt… punished for discussing my feeling so, as you can imagine, it didn’t go over well. On top of that college applications deadlines were getting to me, something I already didn’t want to do, and they were looming over my head like this burden that I couldn’t escape. Other things that came with December included: extreme guilt about turning twenty, the first trip to Dakar and the holiday season being easier than I could have ever imagined.

song of the month: cielito lindo by ana gabriel 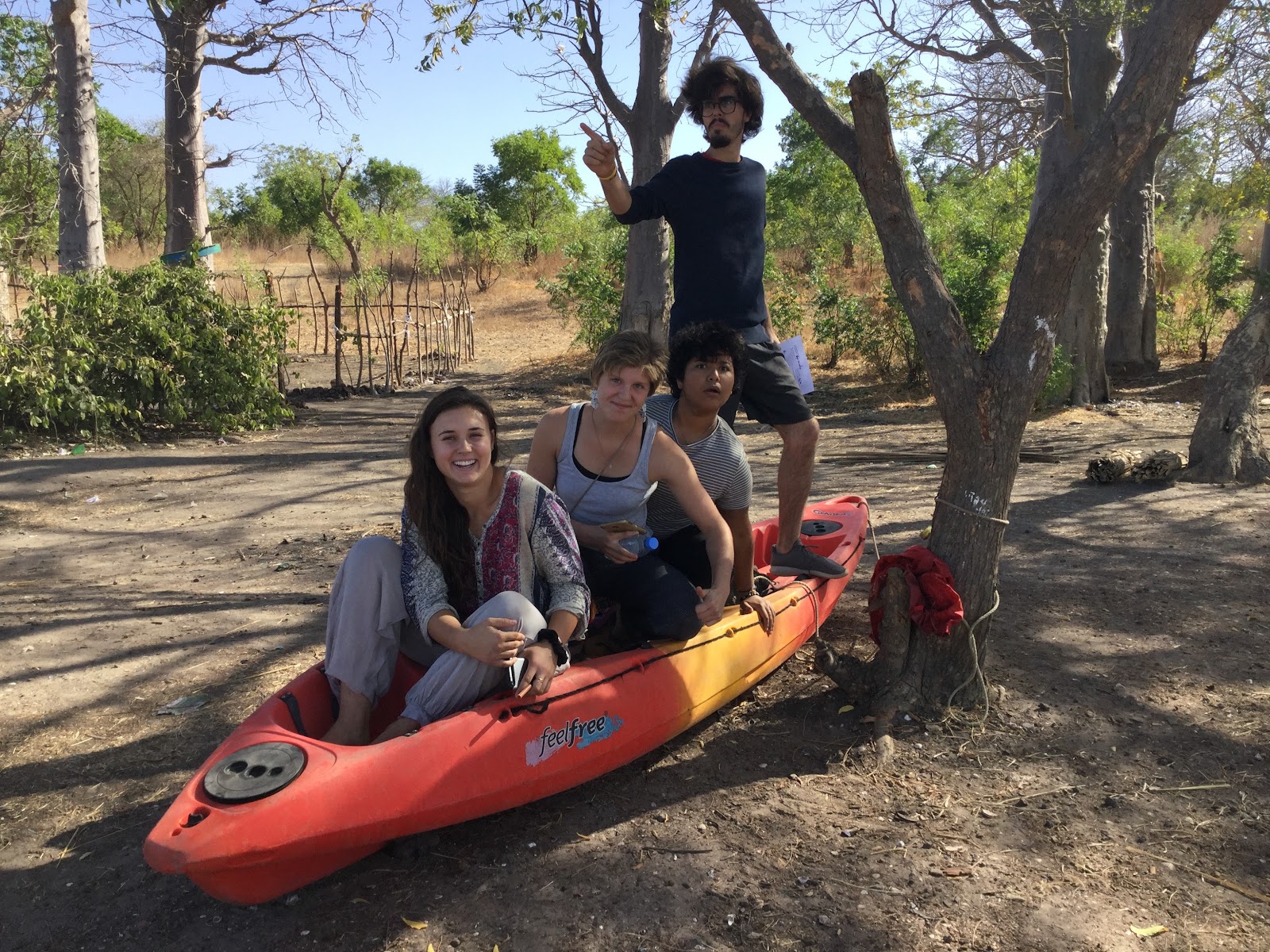 Around this time was when I really stopped writing. Stealing a line from Hamilton, my natural instinct to write like I was running out of time…. halted. I stopped feeling that urgency to write everything. The one thing that brought me solace had disappeared from my life, so a new found joy and appreciation for movies began. I spent an unbelievable about of money on phone credit so that I could watch movies from Terokh. By the end of the year I had clocked almost 50 movies and they became my version of self-care, one that I still practice! I kept to myself more this month, not really talking to my fellow-Fellows outside of out TS2 and independent travel. During January I learned that becoming more reclusive was okay and in fact, it was good for me!

song of the month: alright by mannywellz 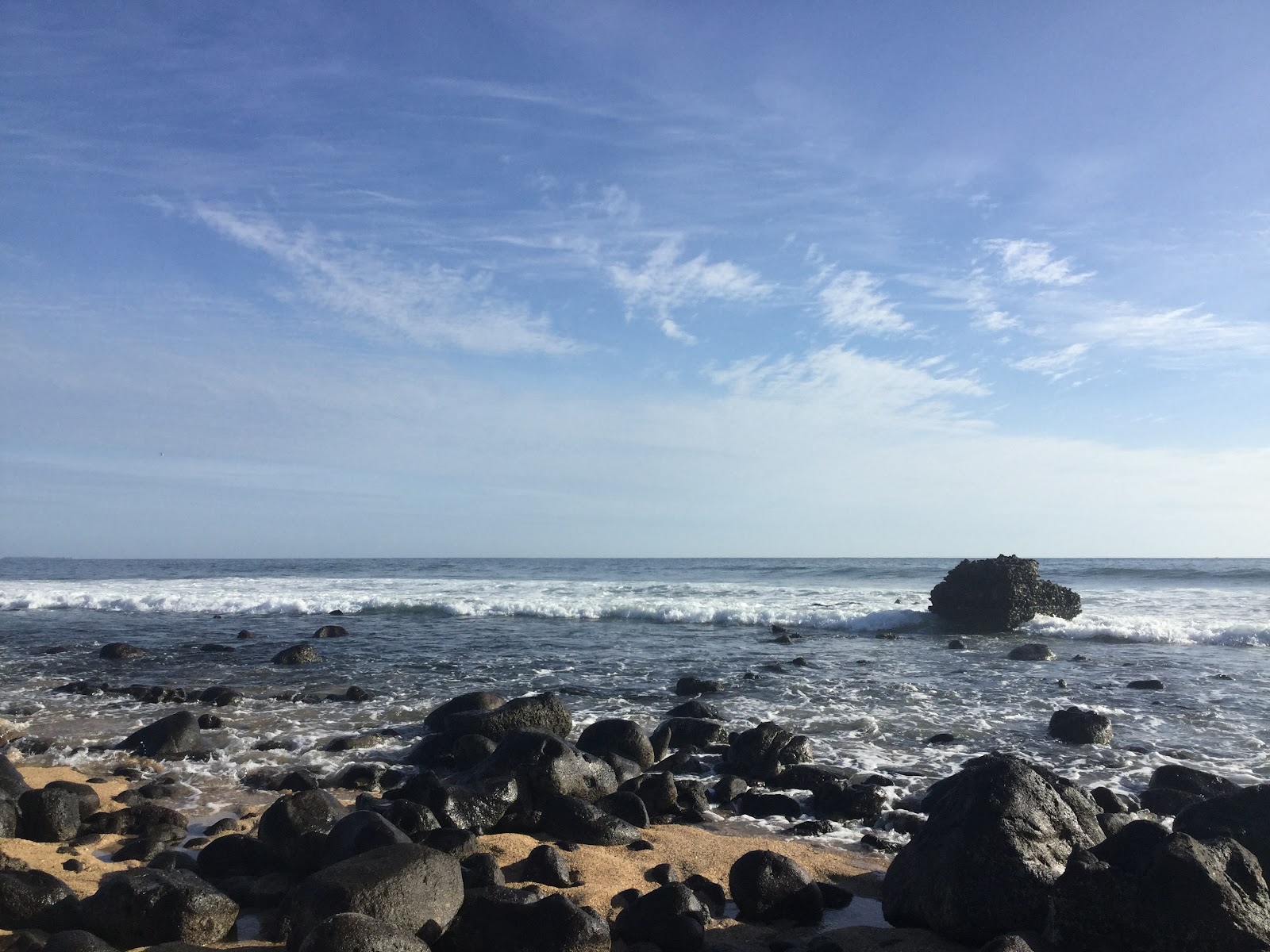 I finally got to the ocean! Oh my goodness. My heart soared. We went to the Westernmost point and it was so satisfying. I find my soul easing itself whenever I’m around large bodies of water, it’s a good reminder that the world is so much bigger than me. There was another bump in February where I started doubting a lot of things in my life but with enough calls to my home-friends, I worked though it with a lot of tears and naps. I wish I could have spent more time by the sea.

song of the month: i wanna get better by bleachers 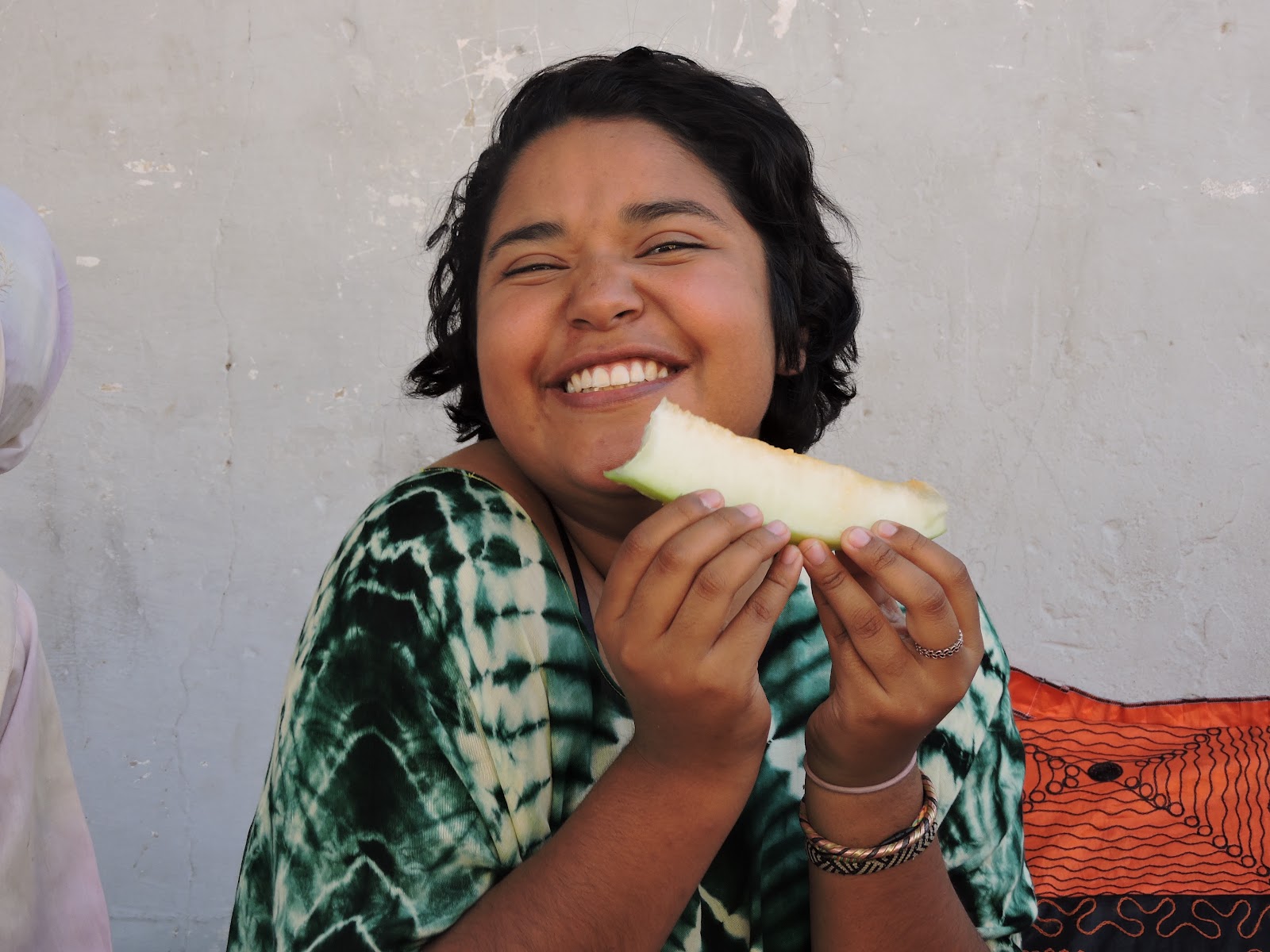 I hit my happiness peak in March, I was the happiest I had ever been in Senegal and I reveled in it. I started finding happiness in everything and maybe it was because it hit me how much I loved Senegal and how good she had been to me from the beginning. See, I tend to love too much and unconditionally but once I’m hit with that same love, I fight back. It took me until March to realize that I was fighting against Senegal. I also finally made it out to the Holy City of Touba with one of the language tutors (Sinbi Jalo) and a group of fellows. It was the most incredible experience I’ve ever had and it’s one that I hold near and dear to my heart. The predominance of Islam is something that I miss a lot, the prayer calls, the purification process that is burned into my memory, the prayer beads… I miss it being apart of my daily life. I miss the beauty of Islam and it makes me sad that it is met with so much ignorance in the U.S.

song of the month: pray by sam smith feat. logic 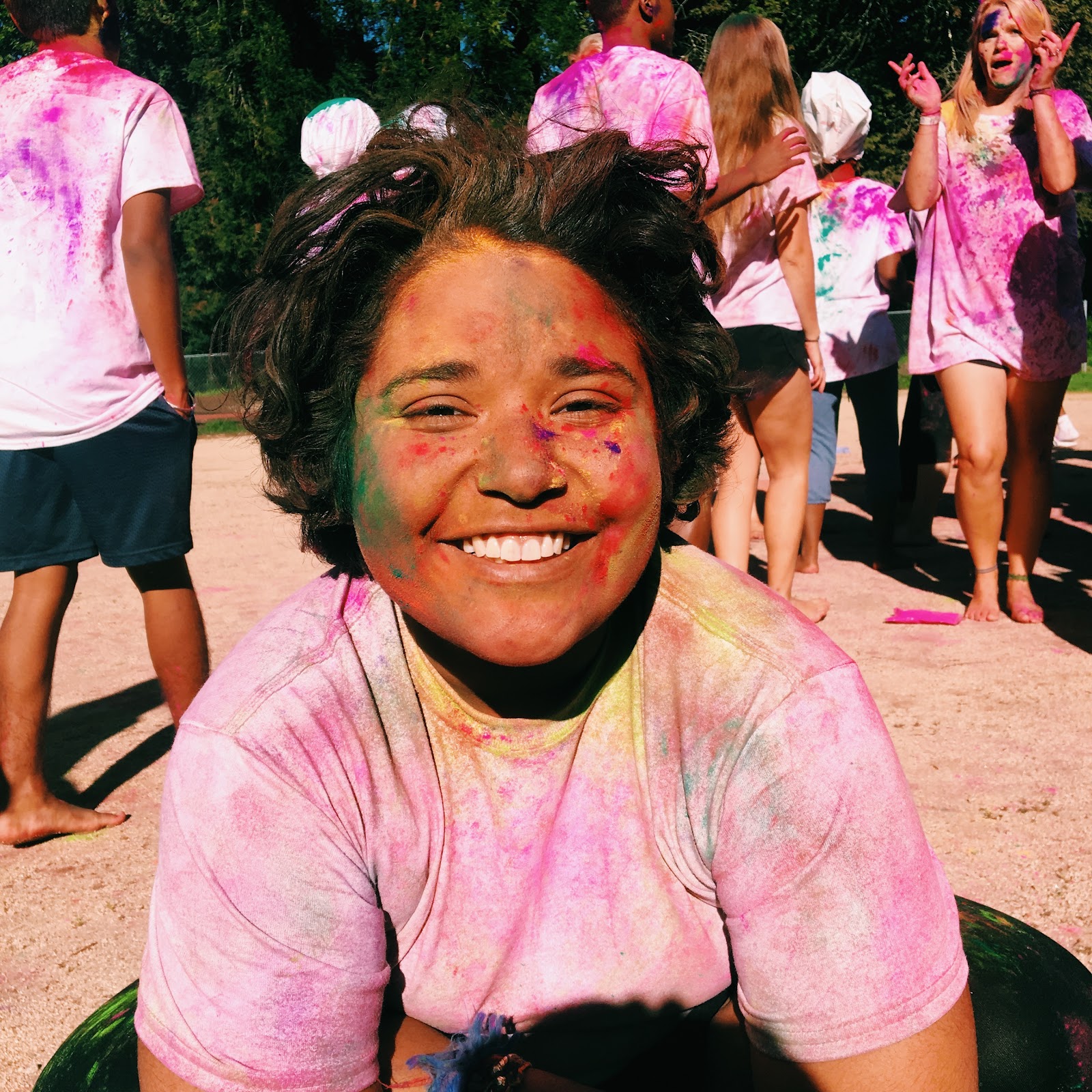 Leaving my host family was hard. In the days leading up to it, De Awa expressed to me how much she loved me and how she conseried me to be her daughter. This was the first time I had heard her call me that, and suddenly ‘out-of-place-ness’ that Im might of still be feeling, was gone. You see, my host mom was a very firm woman. I knew she loved me, I knew that we had a good relationship but I was so happy to hear it aloud. We stood there for quite some time, really just thanking each other. It was so special to me and I’m so thankful that there was finally a space where I could tell her how much I appreciated her. It’s a moment that I’ll carry with me forever. The children on my compound were also really hard to leave, they were my partners in crime for the past seven months of my life and I will never be able to thank them enough for welcoming me with open arms. I love them with my whole heart and I can’t wait for the day where I get to see them again.

It took the Senegal cohort quite some time to get back to California (Thanks Air-France) but three days late, we were all back in the states. Re-Entry, personally, was a dream! I was so happy to see the staff members and the global cohort. It made my heart jump for joy and it felt like a blur. Wanting to know as much as possible about other people’s year and knowing that I couldn’t even begin to fathom. The sessions gave me tools to go home and talk to my family and friends, how to answer the uncomfortable questions and how to make the transition plus reverse culture shock easier. I wish I could of had more time with everyone, but every moment was so special.

Everything felt so strange, everything about being home was the same. The streets were the same, the highways were the same and Boston had this same… weird foggy morning look it always did. It was if I had never left and yet, I suddenly felt out of place. Being back home felt like a void. It felt like that scene in Spongebob where Squidward lays down in that big void, and just repeatedly says ‘alone’. I’ll insert a photo below. 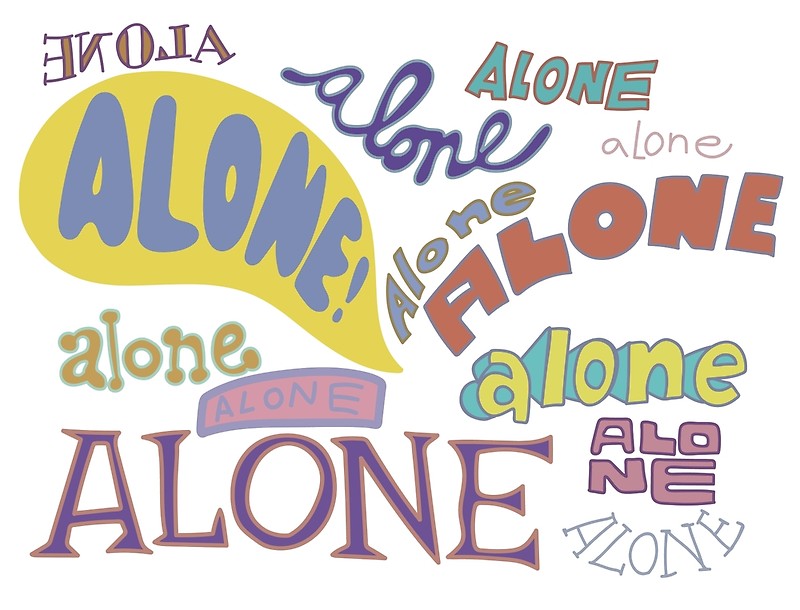 It was strange because there were times in my year where the greatest gift would have been going home. Suddenly, being home, was shitty. I had romanticized being back in Boston and I had caught myself doing it as it was happening and something I deeply wanted to stop but for some reason I couldn’t. Now, I couldn’t stop wishing that I was in Senegal.

The void felt like purgatory, this weird in between–– seeing my life in Senegal behind me and who I became and my life in Boston and who I was here. This weird in between that I couldn’t seem to shake. It felt like I was so alone, which is… wild! There are about 130ish people who were going through something similar to what I was going through too! I could have at any point reached out to one of those people and once I did, I stopped feeling like that. That didn’t stop other things from bubbling up. At first, I didn’t want to talk about Senegal. I felt my skin crawl when people asked me to see photos of my host family, and every question felt invasive. I wanted Senegal to stay ‘mine’ for as long as it possibly could. I didn’t want to share it, I was being as selfish as they came but I couldn’t help it. I eventually avoided all questions, saying that one day I would talk about it. One day when the time was right. When my heart could handle separating herself from Senegal. In this time, it truly hit me how special my year had been and how incredibly lucky I was.

song of the month: lemon haze by apollo james 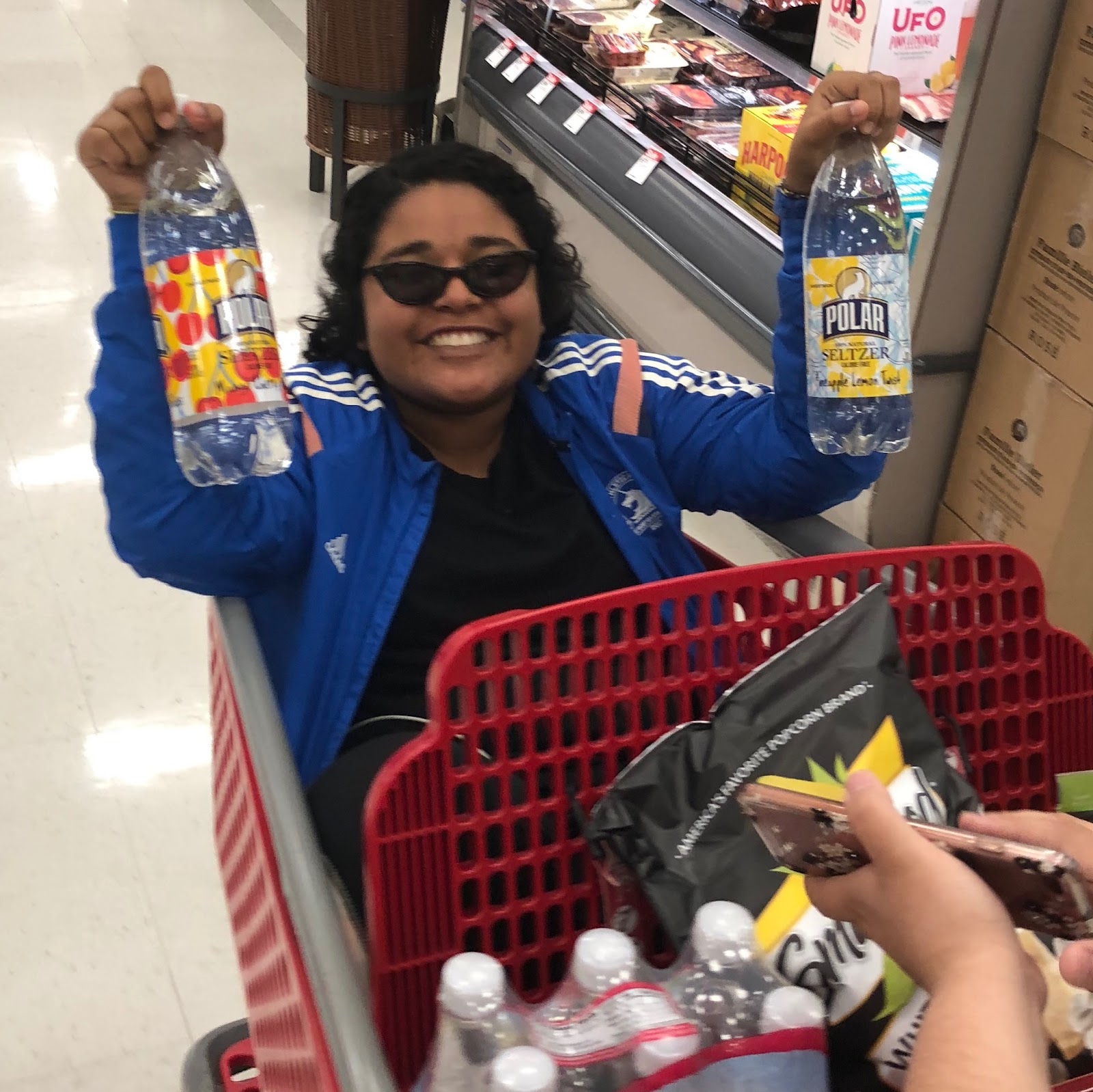 Finally, I feel like I’ve gotten my footing. I stopped feeling guilty about being home, I stopped feeling guilty for adjusting and the feeling of a gaping hole in my chest is gone. I’m now able to talk about the past seven months and I want to! I want to tell anyone who will listen about how magical it was and how I would encourage everyone to take a bridge year. Without a doubt there are still weird questions, the most notable being, “Will you ever go back?” To which the answer is, of course! I have a whole family, a whole community! How could I not? I can’t wait to see them again. For now, I will love them from afar and I will love the people around me more than ever. I’m so lucky to be alive. I hope you made it this far. A major thank you to everyone that made this year a success, to everyone who has seen me cry (sorry about that, seriously…), and to everyone who has been gentle with me throughout this whole life changing experience. It couldn’t have been one without you.

song of the month: there will be time by baaba maal