Epilogue:
I didn’t really realize that I already had 4 blogs up, I don’t want to post too many cause I feel like only a handful of people other than my mom and aunts read my blogs (Shout out to Lisa Walter & Eileen! And other staff!??!). Leave me a message! Show some love! It gets lonely out here with only animal friends… what If I kept writing these a year after I got home and they kept getting posted to the website and then the admin would be like “damnit kid! No one wants to read about how you fell asleep in a lecture and woke up in the class after yours”. Anyways, a lot of shtuff has happened since I’ve been here and 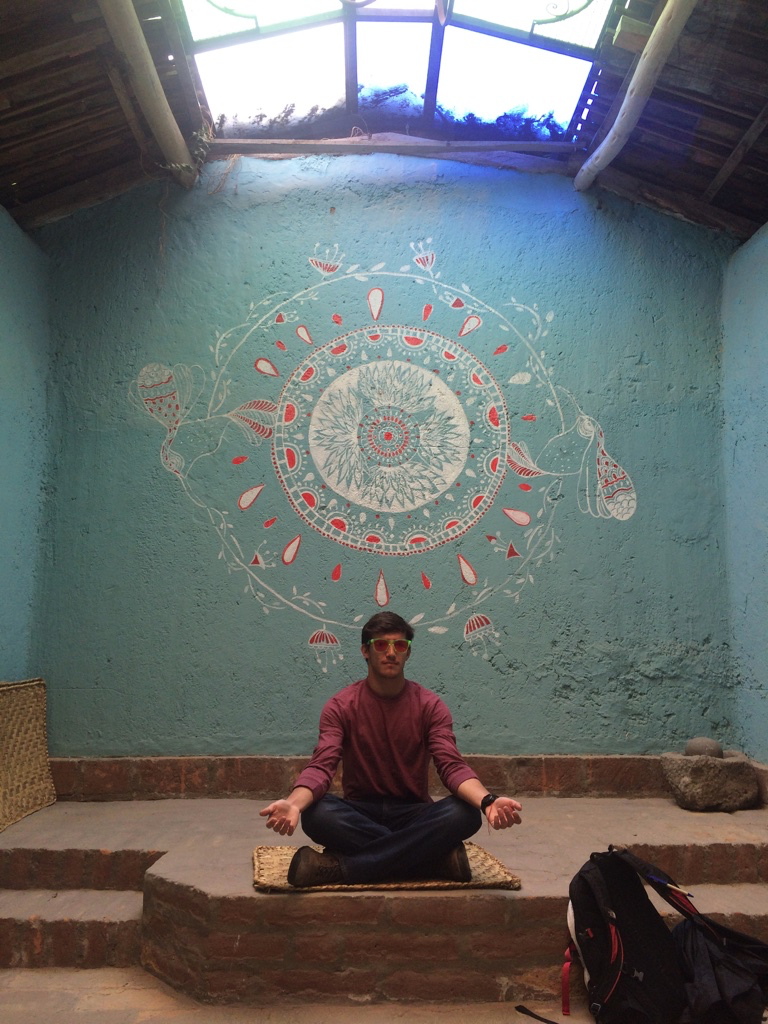 Dear friends:
I have no friends here, just (super)sayin. No human friends anyways. My host brothers and sister are always out of the house and don’t really have the time to introduce me to anyone.  I made a goal about three months into living in Cotacachi meet more people by “putting myself out there and meeting people”. And, not for lack of trying, but I realized that the majority of the people my age frequent other areas (like their houses I guess) when they aren’t working or at the university during the day. I also couldn’t just go hang out around the high schools when other kids get out, cause that sounds creepy. Anyways I spent most of my time with my host family and around the animals we have. My family has 40 cuy, 16 chickens, 11 pigs, 4 dogs and 1 cat as of today 3/31/16. I realized the other day that I spend way too much time with animals. The greatest joy I get in my day after getting yelled at for acting like a child is hanging outside and feeding the animals. I’ll sit outside by the  corralls and pet the pigs and play with the dogs for an hour until my host mom finds me and gives me a look like: “dude… get some real friends”. But I’ve really embraced being lonely. I’ve had a lot of time to know myself better rather than to see myself being like others. 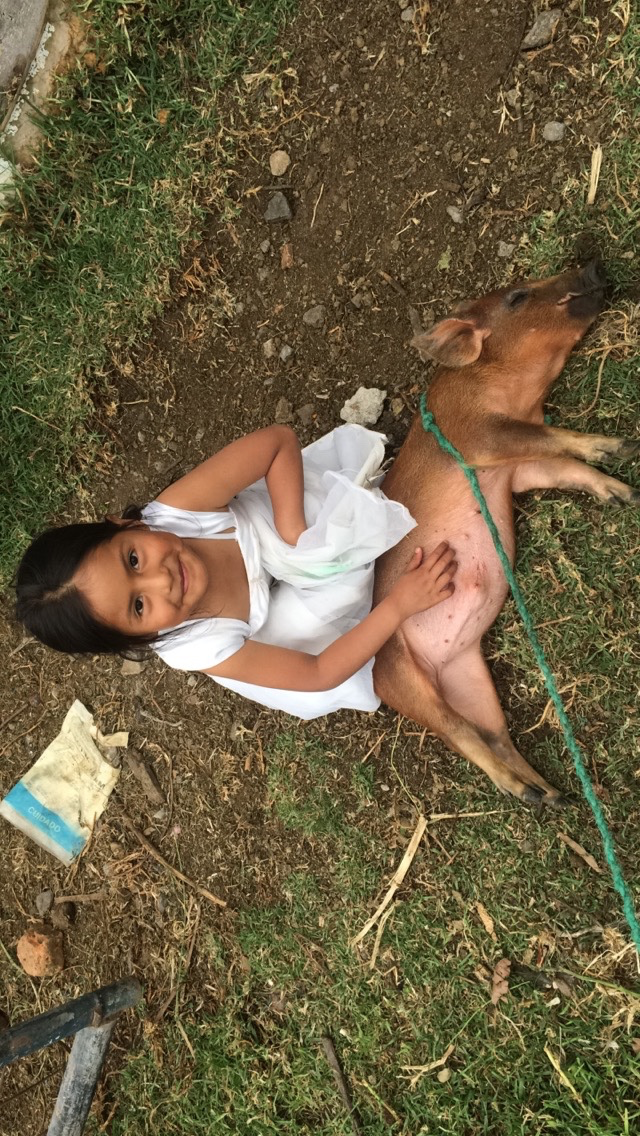 Fritada
In addition to being friends with all the piggies, I’m also a pig butcher… the juicy fritada tasting irony. I’ve actually killed and butchered 6 pigs since I’ve been here (at dinner my dad told me we’re killing 2 tomorrow morning… The first pig we killed was a giant red 200lb swine that took 6 grown men to pin down and tie up. I had to put my knee in its neck while it screamed so that it wouldn’t thrash while my host dad stabbed it in the heart. It died and we collected the blood in a bucket. Next we burned off all the hair with a flame thrower connected to a propane tank. Then we went over the skin with knives as it was charred black in order to smoothen the leather. After, We ran it over with a hose and and brushed off all the burned parts of the skin till it looked white. The next part I thought was really interesting because we cut it open and pulled out all the organs. This wasn’t my first pig dissection but instead of opening the pig right down the middle we made two parallel incisions from the tip of the chin and cut between the arms and torso then along the side of the abdomen down between the legs and the hips and reconnected the cuts at the base of the tail. We technically colombian necktied the pig and separated the esophagus from the abdominal muscles and tongue then pulled out the gigantic digestive track. After we hung the pig up and stripped off the leather we proceeded to butcher the pig. We didn’t really know what we were doing with this first pig and the cuts were kind of awkward but on the last pig we did, everyone who came and saw admired how quickly and skilfully we worked on the pig. They said that now I know a skill and can stay as a skilled laborer on a work visa 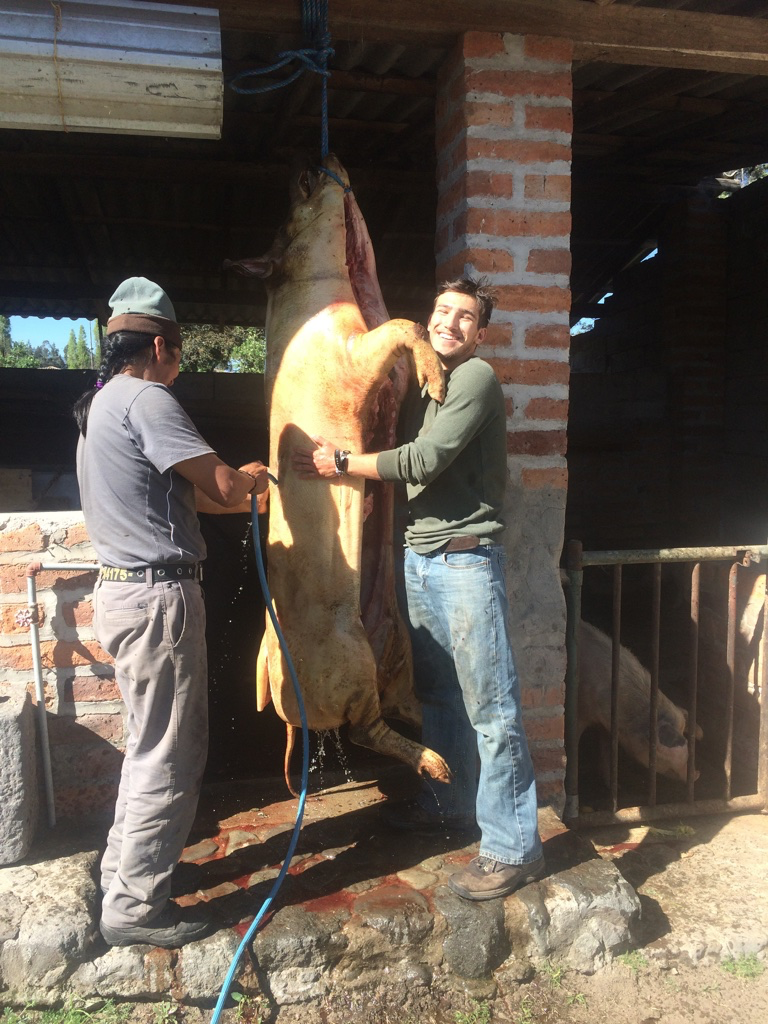 Cowboys Vs Farmers:
A dirty sanchez moustache holding on to leftover lunch, incase he gets hungry.
A big floppy sombrero folds with the wind, but doesn’t let the sun touch his ankles.
Red lenses shield his eyes from the dust of passing cattle and cars.
I’m no cowboy, but I am a farmer. 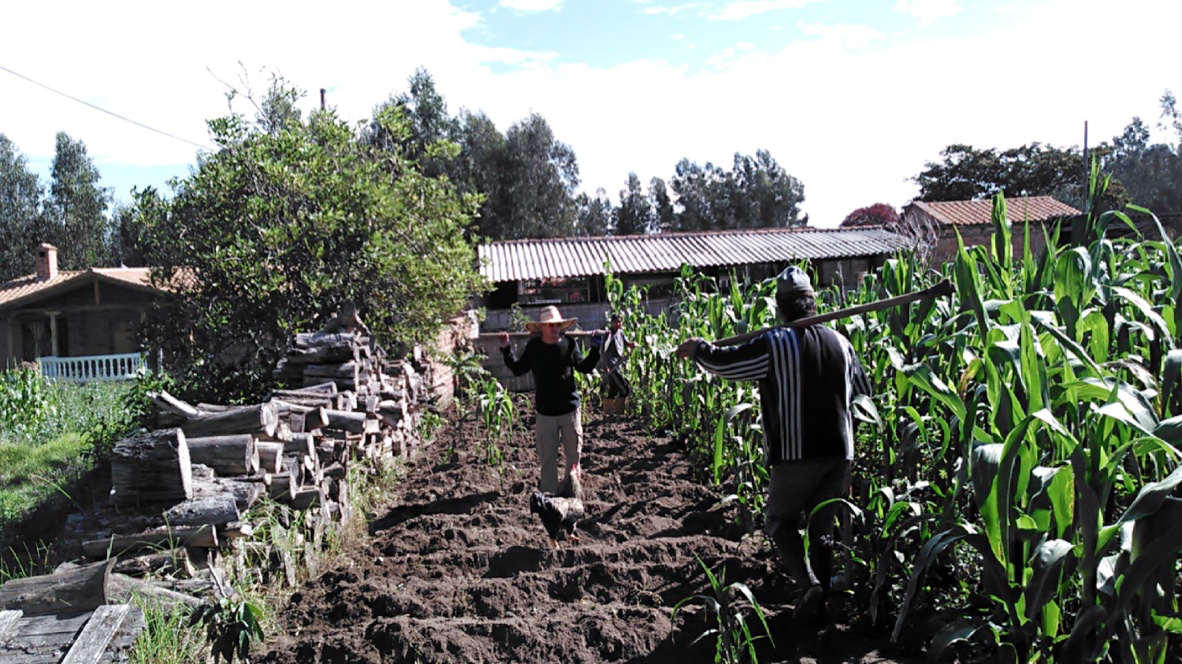 A Clever Metaphor:
Time here has been passing at a crawl and while sometimes I miss home I’m not ready to go home. How am I gonna fit back into the space I was in before I left when I’m not the same person I was? I guess an accurate analogy would be like trying to put an octagonal peg into a slot fit for a square. And I ain’t no square! I’m a multi faceted wood peg cut from a eucalyptus tree, carved with intricate accents, coated in three layers of red paint allowed to dry in four different climates and hidden in a toy chest for several years until a child’s parents were like “well shit, our baby is all grown up and going to college. We should throw out these toys, just not this one though cause it’s expensive and really unique”. tangent aside.. I’m not the same kid. 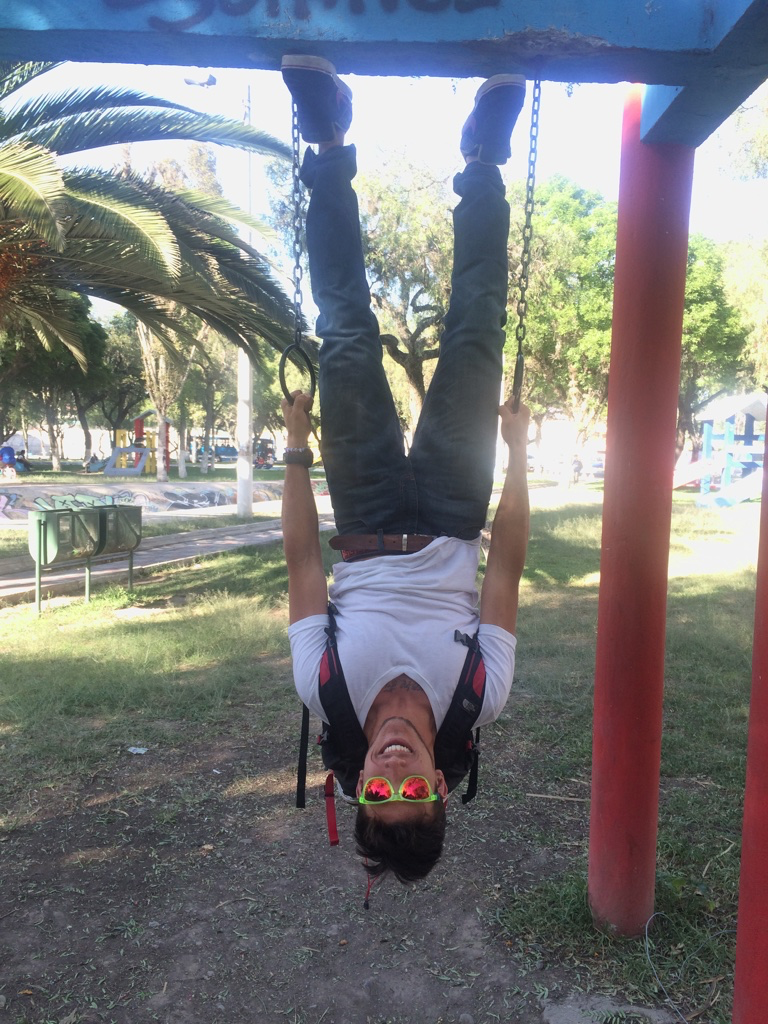 Maxx is passionate about living in the moment and sharing the humor in any situation. He is vice president and co-founder of the activism club at his school, which has been involved in several special interest campaigns that have lobbied issues in Washington D.C. such as gun control, water sanitation and pediatric healthcare. He hopes to be inspired on his bridge year abroad and to learn more about himself by staying open minded and ready to make a relative stranger a life long friend. Maxx is inspired by his urge to help people and is fascinated by the unknown.