And sorry I could not travel both

And be one traveler, long I stood

And looked down one as far as I could

To where it bent in the undergrowth;

Then took the other, as just as fair,

And having perhaps the better claim,

Because it was grassy and wanted wear;

Though as for that the passing there

Had worn them really about the same,

And both that morning equally lay

In leaves no step had trodden black.

Oh, I kept the first for another day!

Yet knowing how way leads on to way,

I doubted if I should ever come back.

I shall be telling this with a sigh

Two roads diverged in a wood, and I-

I took the one less traveled by,

And that has made all the difference. 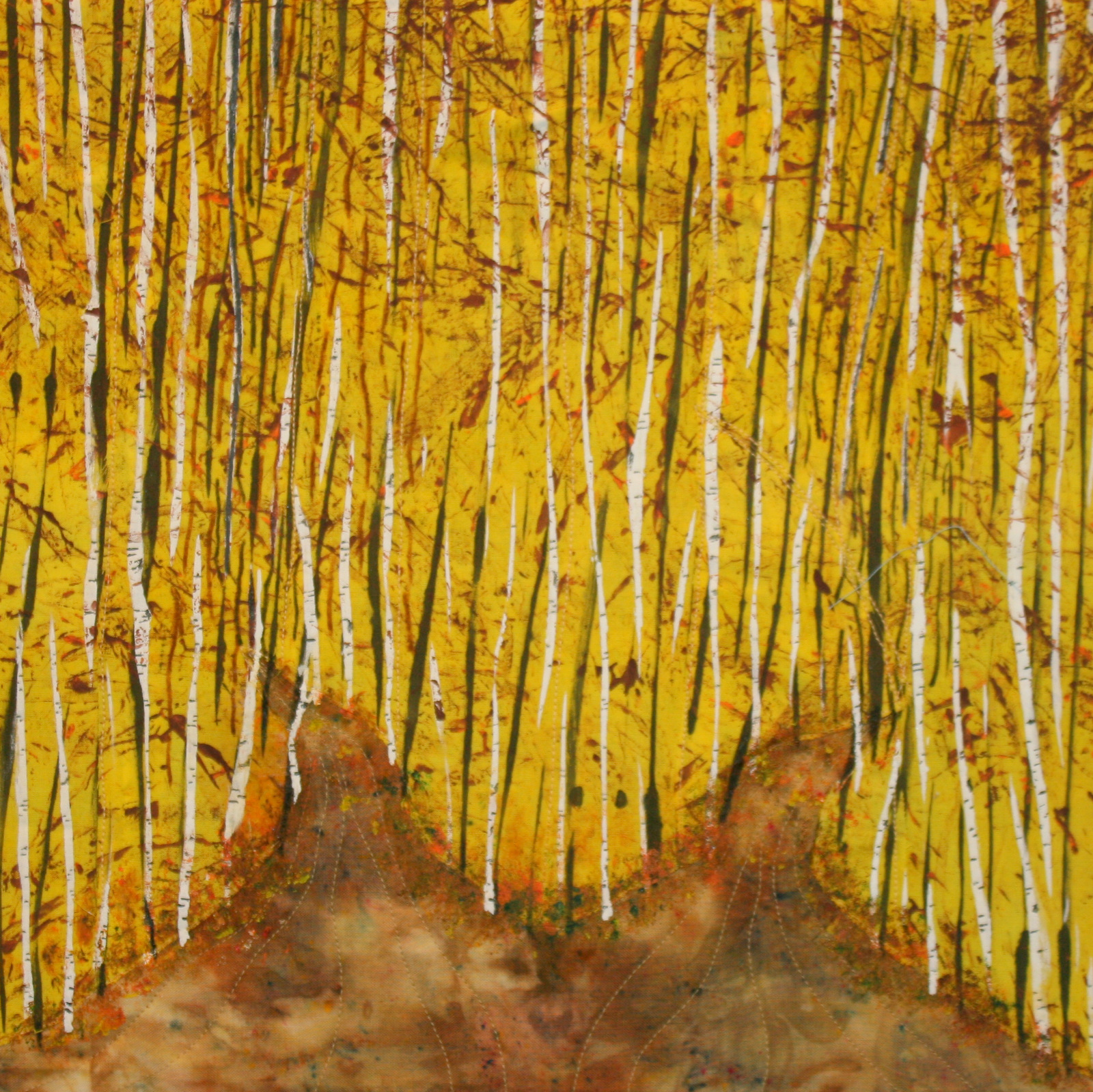 I never once thought I would be applying the teachings of Mrs. Seleto from A.P. Literature to my time beyond the classroom, but here I am, thousands of miles away from home, continuing to read Transcendental Literature. Being completely independent of my family for the first time in my life, it helps to read the works of Waldo Emerson, Frost, Whitman, etc. in order to gain insight and perspective through a highly digestible, light-hearted tone while simultaneously containing multitudes of complexity in meaning.

At this point in my life, I haven't found a poem more applicable and relevant to my current situation than Robert Frost’s, The Road Not Taken. You may have heard of it. It is very well known, mainly for being one of the most widely misinterpreted literary pieces of the modern era.

I am sure when Frost originally wrote the poem, he did not intend for millions of readers to completely misunderstands his point when he was writing the poem. However, one could argue that meaning is subjective and beauty is in the eye of the beholder. To an extent, I agree. But as an artist myself, I have found that no work is devoid of inherent meaning. Even the most simple painting of an all red canvas hanging in the Museum of Modern Art has its own story to tell. We create with the intention of expressing an idea or feeling we find worth expressing. So no, I would not say it is like finding meaning in a vacuum. We are given clues in the shape of details and technique to help us form some kind of meaning. For generations, people have done the brilliant work of Robert Frost injustice by not reading the poem in its entirety.

Just one line into the poem, Frost establishes the setting and conflict. “Two roads diverged in a yellow wood.” Right off the bat, we know the speaker is in the woods faced with a literal fork in the road. This serves as a metaphor those situations where a decision has to be made. “And sorry I could not travel both / And be one traveler, long I stood.” Nothing too complicated is said here, but readers could easily miss this if they were only reading the words putting any thoughts into it. Here, the speaker acknowledges that unfortunately, he is only one person, for if her were two, he would not have the excruciating problem of having to choose one thing over another. Notice how Frost utilizes anaphora in lines 2-4 to emphasize the pain that precedes making a difficult decision, showing every thought and action to portray his mental paralysis. “And sorry I could not… , And be one traveler…, And looked down one as far as I could.” These are all statements of limitation, keeping the speaker from going down both roads. He is held captive by the task at hand and could not gather himself to choose, The fourth and fifth lines are the most interesting of the first stanza in my opinion. “And looked down one as far as I could / To where it bent in the undergrowth.” The reason I love these lines is because they offer a great truth. The bent in the undergrowth represents how as humans, we lack sufficient information about the future to make any make life decisions. We really do not know what is best for us since it is almost as if we are steering blind, and I think that captures the speaker’s conflict really well.

Forget about everything said in that first stanza because the speaker certainly does. In the second, the speaker completely disregards all the time he sepnt contemplating on taking that first road. It seems as if he impulsively changes his mind, thinking to himself, “ehh this one is just as good, or maybe even better than the first because it appears to be less traversed. “Because it was grassy and wanted wear.” However, in reality, both paths looked the same. “Though as for that the passing there / Had worn them about the same.” This stanza is representative of having to choose between multiple things where the answer does not seem transparent at all. In doing so, we falsify a narrative to rationalize our final judgement. Meanwhile, a perfectly identical road sits adjacent to another. This only puts the speaker into more difficult of a position because he is required to decide on only one without fully understanding why he should even.

It is confirmed once again that the roads are pretty much the same. “And both that morning equally lay / In leaves no step had trodden black.” Our speaker finally comes to a conclusion when he says, “Oh, I kept the other for another day! That meaning he will go down one and return another day for the other. “Yet knowing how way leads on to way / I doubted if I should ever come back.” Much like the fifth line of the first stanza, here lies another fact of life Frost graciously bestows upon us. Although he says he will return sometime in the future, the speaker acknowledges how events tend to play out. The speaker makes a decision nonetheless, and with that decision, he could not choose the other. He knows it is highly unlikely that there will ever be an opportunity to do so. As soon as we commit to a path, in a way, our fates are sealed and it is nearly impossible to ever go back, and even upon return, who knows if the path will remain as it once was.

What people usually take away from this poem are only the last two lines, but one cannot completely disregard the other eighteen. Perhaps the most important line in the entire poem is the first of the final stanza, “I shall be telling this with a sigh.” This is probably the most consequential change in tenses I have seen in literature, from present to future, meaning that the speaker knows in the future, when he is telling the story of the time he was in those yellow woods, he will tell it with a sigh, meaning even he himself knows that he does not believe in his own words when he says, “I took the road less traveled by, / And that has made all the difference.” He knows that is not true because from where he was standing, it would have been impossible to tell which path was less traveled since they both appeared the same. The speaker in this poem knows this and for that, he will sigh, because ultimately, there is no way in knowing whether the road he went down “made all the difference,” and that will haunt him forever.

The Road Not Taken is very complex and there is a lot to take away from it, but not once does it ever offer any bit of advice. The poem is more concerned with analyzing the present from a future perspective. It asks the question, “what would life be like had I chosen otherwise?” And the answer to that question would be that it is impossible to know the impact of one’s decision until after they have already been made. For every road taken, there is a road not taken, hence the title. In the end, it really does not matter which decision is made, because some people will always have regret for the decision they did not make or will find a way to create a self-serving bias saying their choice was the better route. When it comes to making a decision, essentially, there is no righteous path one can take; Only the one that is chosen and the one that is not.

With all that being said, I am not necessarily saying I have regrets. These past few months in Ecuador have been an unforgettable experience, filled with ethereal sights and encounters with the warmest of people. However, I cannot help but consider the reality left behind once I chose to take part in this program, Global Citizen Year. Those two hour bus rides to Cuenca every week grant me a lot of time for contemplation. Put a tranquil canvas in front of me while in a non-stimulating environment, and my mind is sure to wander. The lush green valleys of the Canar province, mountain peaks in every direction, the formation of the clouds at my fingertips; All this natural beauty in front me only further perpetuates the concept of what I would be doing right now if I had packed my bags for a life in California rather than seven months in Ecuador. It is far more existential of a situation than simply labeling it as, “F.O.M.O.” In order to feel any form of closure, I would need to experience both options, and at this point, it is much too late for that. The ship has set sail and I am on the other side watching it take off. All I can do now is continue this course, seeing where it unravels, with the thought of my other life always lurking in the backing of my mind.