Skating, Songs, and Salchipapas: A few of the things I am currently missing about Ecuador (in no particular order)

Sometimes you can't help getting a little sentimental…

I’m pretty sure my three-year-old sister, Sami, always had a boatload of energy at the  exact hour when I was ready to take a nap. However, I never failed to respond to her plea of, “Topi, vamos a jugar!”, or, “Sofi, let’s go play!” Her favorite game was a song called “El Lobo,” or “The Wolf.” One of us, playing the wolf, would hide behind a chair while the other sang about playing in the forest. At the end of the song, she would ask, “Little wolf, what are you doing?” and I would shriek, “Ready to eat you!” Sami would squeal and race around the kitchen as I scrambled to catch her. Getting gobbled up by "Topi" the wolf never got old for Sami! 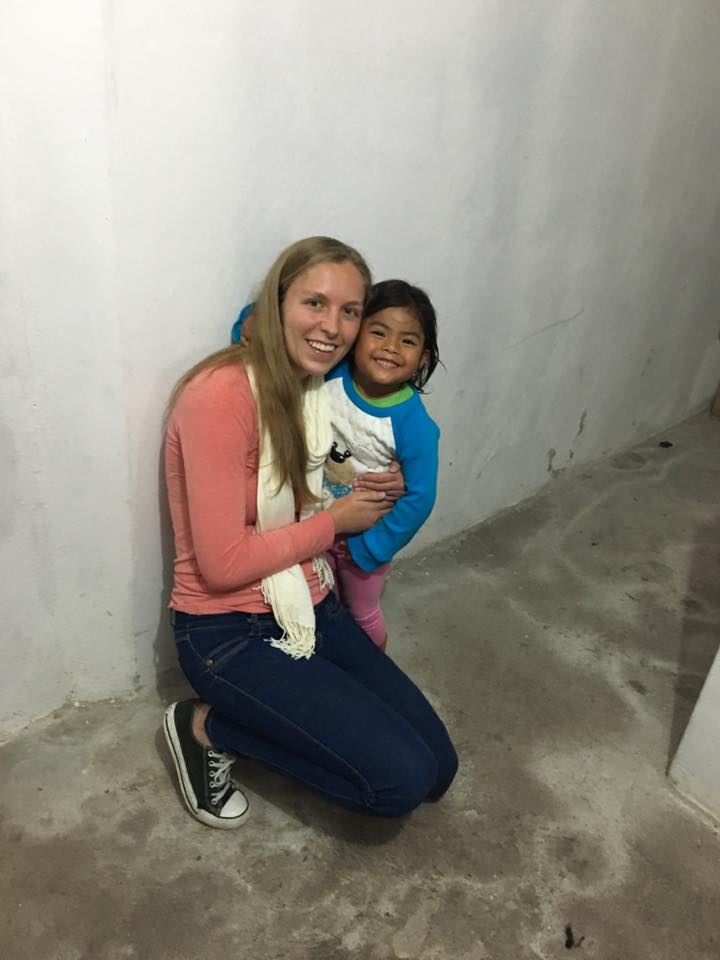 By some miracle, nearly all the Ecuadorian friends I made played guitar. I consider this a miracle because I brought a brand new guitar to Ecuador solely for the purpose of learning. With patience, they would listen to me pluck away, stopping to give me pointers once in a while. And when my blistered fingers ached, I had the pleasure of hearing them sing and play Spanish songs, sometimes even originals of their own. 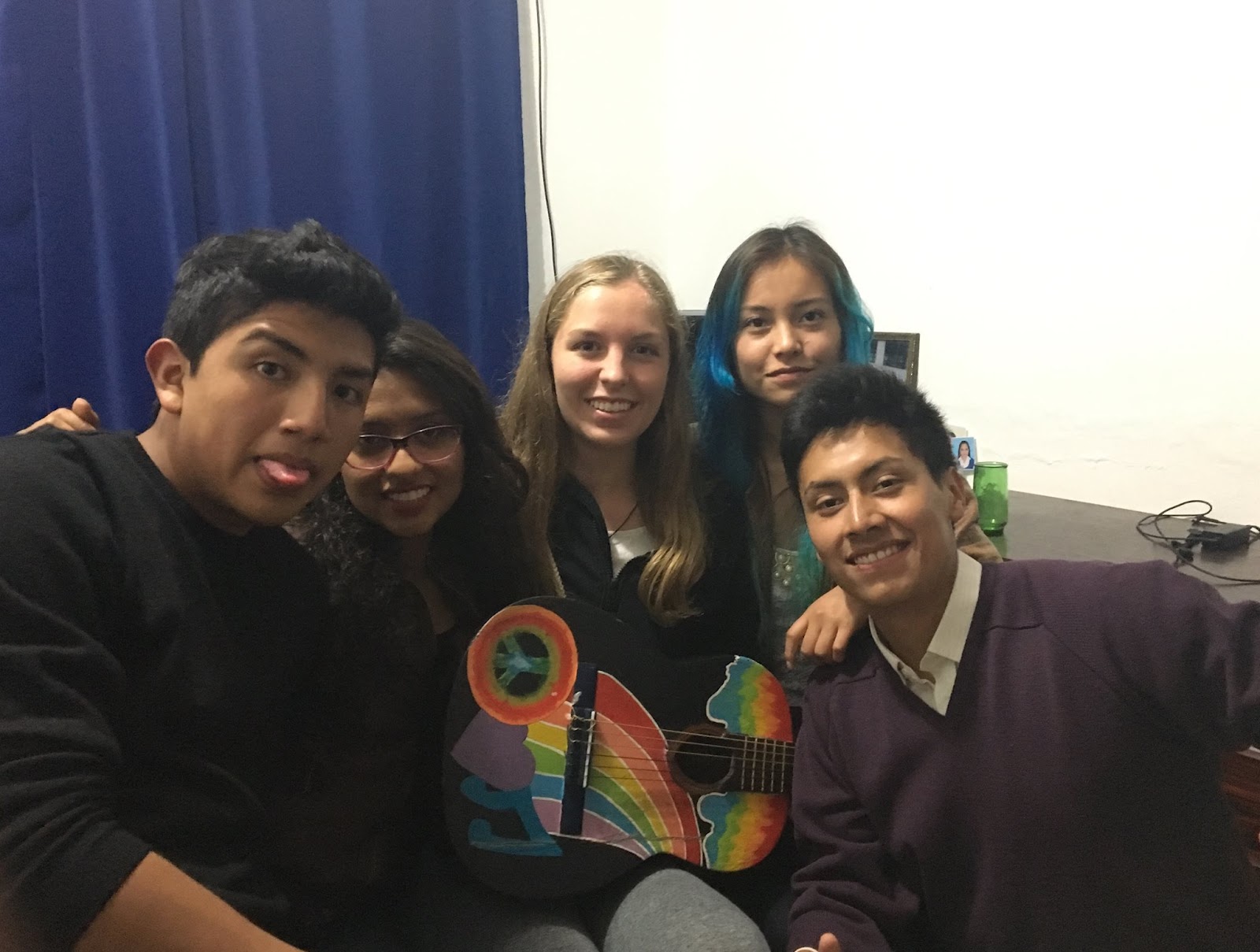 I swear, it was like I had five aunts smothering me at the Daycare. And I loved it. Thursday and Friday mornings, I worked with six other women at the Daycare down the street (where Sami attended). I could always count on each woman greeting me with a huge hug, a cry of “Sofiiiii!” and a kiss on the cheek, as if they had not seen me in weeks. I was so lucky to have such affectionate and caring women in my life. 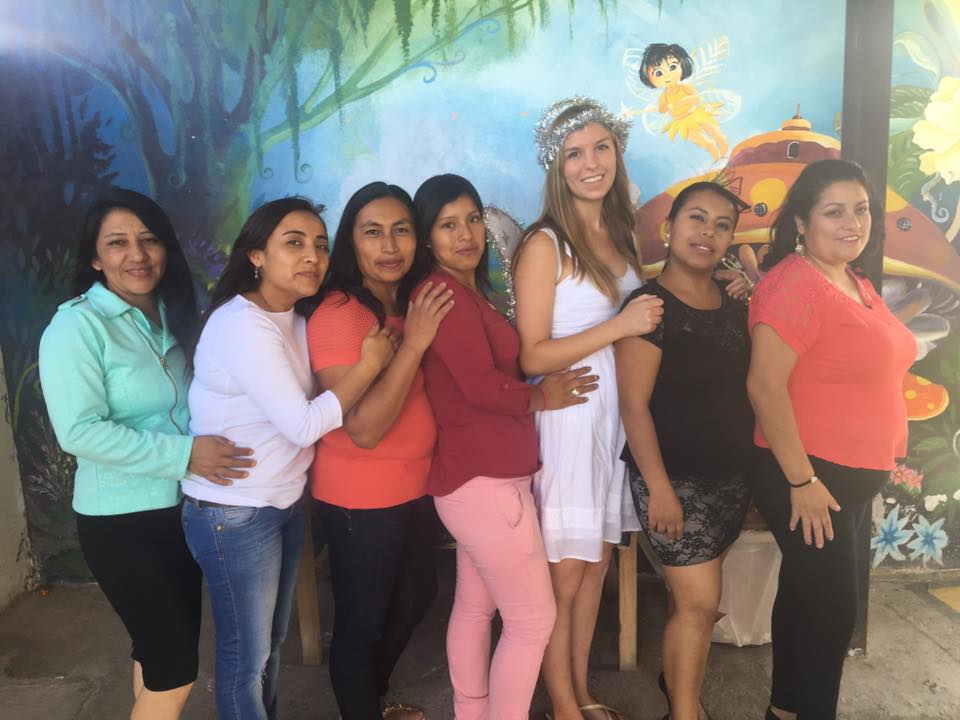 There ain’t nothing like a steaming bowl of salchipapas on a chilly Ecuadorian night. Near the end of my stay, my host mom’s younger brother, who is 20 years old, decided to start selling the Ecuadorian classic, salchipapas, from outside his ground level room. For those of you not familiar with this delicacy, it is made up of homemade french fries, a hot dog, mayo, ketchup, chopped tomatoes and onions. On weekend nights, I would head around the block to go sit with my uncle while he sold salchipapas. The whole extended family would stop by (as they all lived next door), and when business was slow, my uncle and I would chat for hours about everything from aliens to the afterlife. P.S. We also would beatbox sometimes on days when he wasn’t selling (okay, that’s a lie, I would only sing while he beatboxed). 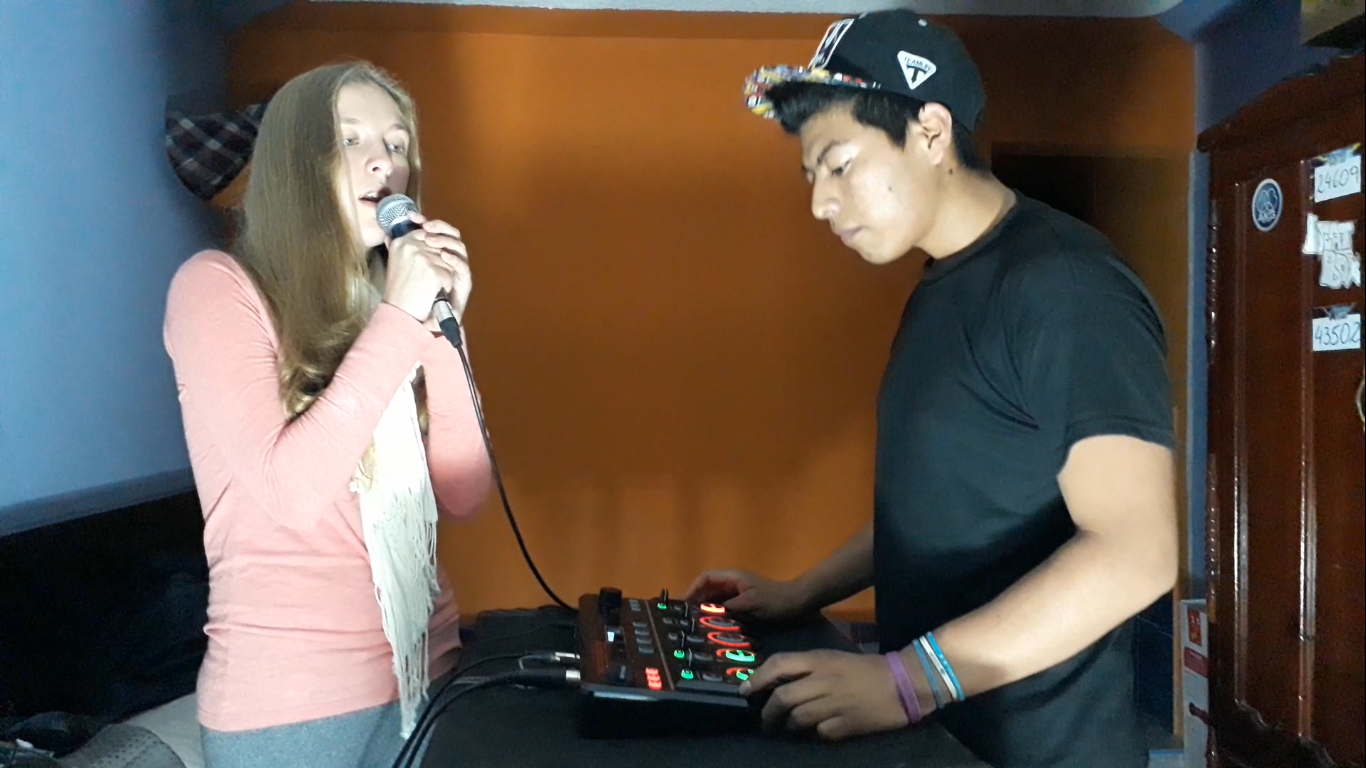 Spilling lemonade down the front of my blouse was not the only mishap I had in the kitchen at my apprenticeship. While cooking for around 30 people every morning, potatoes would go flying, fingers would get sliced, and soups would go slopping over the edge. Up until the very last day, I still did not have everything together. Verito, the woman who ran the kitchen and attempted to train me, had a great sense of humor that would always turn a moment of frustration into a moment when I could laugh at myself. She helped me take myself a little less seriously, and she had the most infectious laugh!

Yes, you heard that right. I recently visited Seattle and saw a single mango selling for upwards of seven dollars, and I couldn’t help gasping! In Ecuador, I could get ten mangos out of a wheelbarrow for one dollar. I guess you could say I didn’t take advantage of that frequently enough. These mangos were the most popular kind, the ones you could suck juice out of right there on the spot. They were extremely sweet and delicious, but boy were they messy. The juice would run all over your chin and fingers, and the stringy bits of mango would get completely stuck in your teeth– what an attractive look! 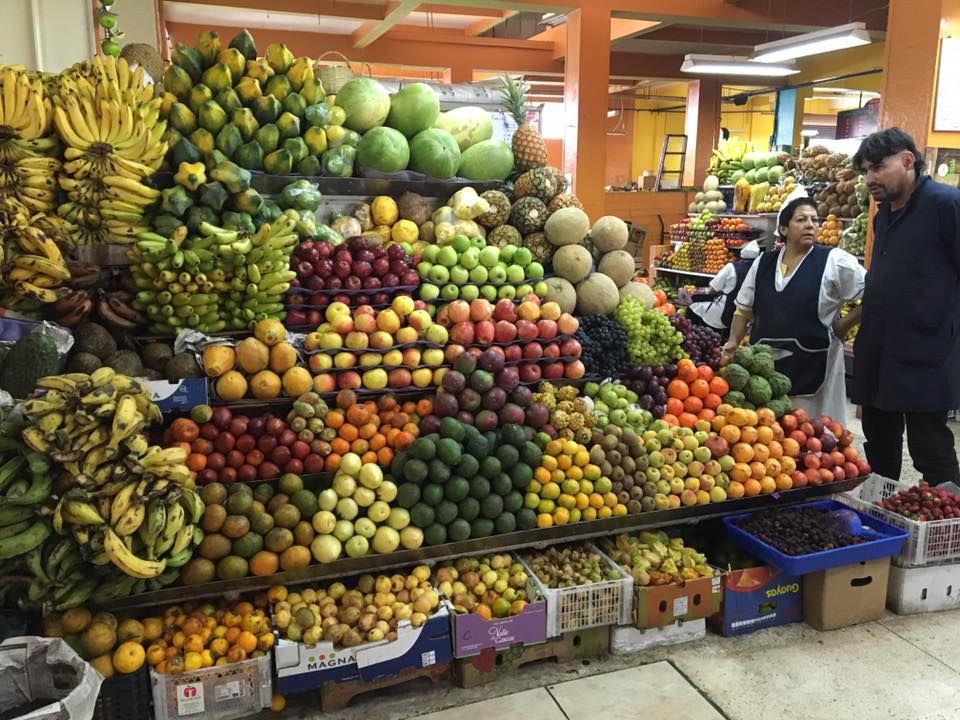 Las Canchas may not look like much from afar, but it is everything to a ten year old boy. Las Canchas, or the cement park found in many Ecuadorian towns, was, for my little brother, the ultimate hangout spot. However, my parents decided Danny was too young to go on his own, so it was my responsibility to accompany him. Danny would take his rollerblades and circle around and around the park, recruiting me to time him. Although these excursions usually lasted only twenty minutes or so, they were another opportunity for me to see my brother get excited about something he was passionate about, whether it be Jurassic Park, bracelet making, Five Nights at Freddy’s, or skating at Las Canchas. 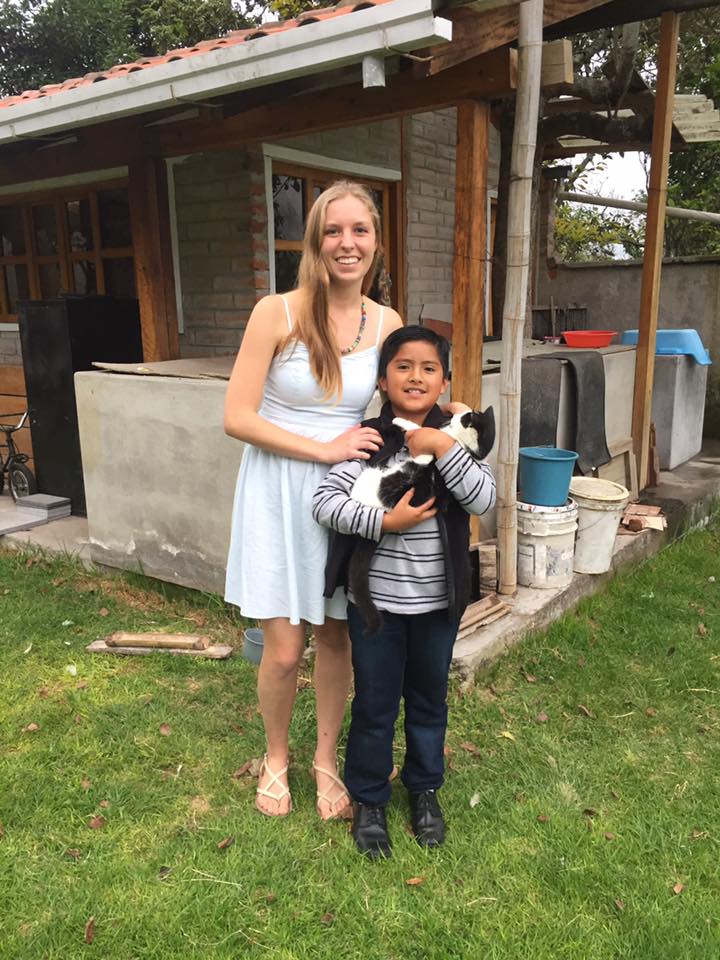 The girls at my apprenticeship didn’t have very many opportunities to listen to music, so they enjoyed using me as their personal boombox. As we washed clothes after lunch, the teenagers would beg me to sing, yelling, “Sing something in English!” I would grudgingly oblige, asking them what they wanted to hear. Their request never changed, so I ended up singing Justin Bieber’s “Sorry” on repeat. I may have gotten sick of the song, but I never got sick of their reactions. They thought it was hilarious every time. 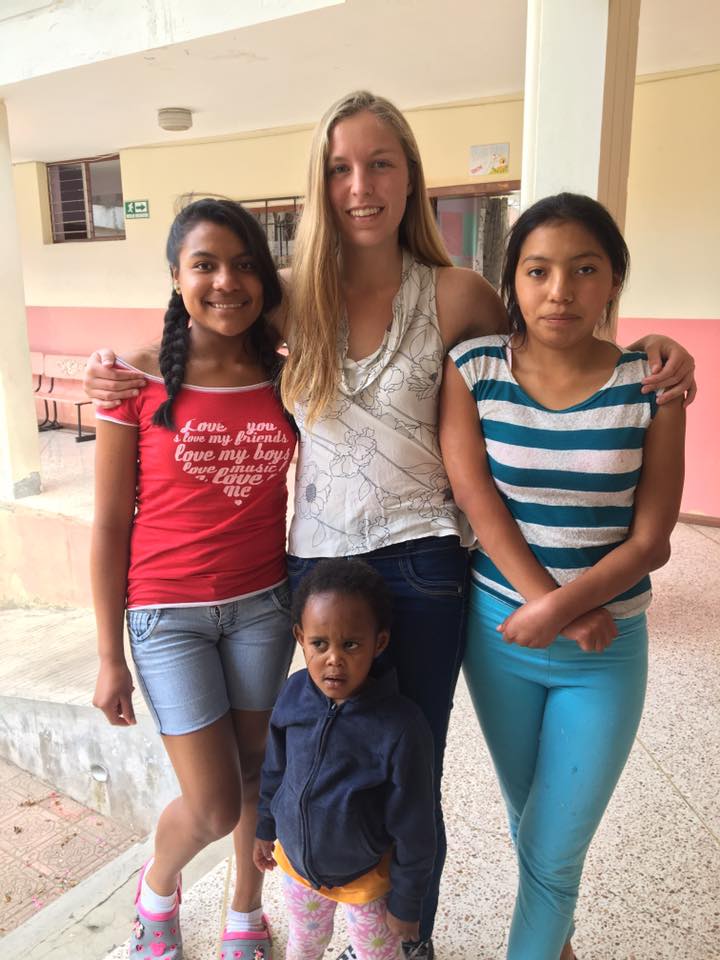 To list only eight things I miss about Ecuador seems like an understatement. I won't pretend that everything was perfect (it hardly was), but Ecuador was my life, with all its ups and downs, for eight months. I'll never be able to capture it all, but I hope you have enjoyed the little pieces I have shared.

Here's to my next adventure,
Sophia

Sophia is passionate about writing, culture and languages. She is involved in many singing groups and is co-president of her school's gender equality club, Herstory. She believes that the only way a person can truly grow is by gaining new and different experiences. In the coming year, Sophia hopes to form a strong relationship with her host family, become fluent in Spanish, stretch far outside her comfort zone, and remember to notice life's small moments. Her favorite quote is "Change occurs only when we stop living the expected life." --Unknown