Two months ago I was given a piece of paper that would dictate my next seven months in Ecuador. It had my permanent host family, the town I would be living in and what my apprenticeship would be. We didn’t get to choose where we were placed or what our jobs would be. I was placed in a small town in the South of Ecuador called Chordeleg with a family of seven and my apprenticeship was working at the local city hall. It took me about a week to be able to pronounce and spell my town name correctly. My town is a brand new site for the program and so it is the first time Global Citizen Year has had a fellow there. Luckily I was placed near one of my closest friends in the program, the town of SigSig (even google maps has it spelled wrong) it is only about a 20-minute bus ride away. I was excited about my new home, but I was also nervous that there was no other fellow in my town like the others had.

My apprenticeship started a week later. I was to work Tuesday-Thursday from 8am-5pm and on Saturdays from 10am-4pm. It’s been about a month now working at my apprenticeship and it hasn’t been easy. I have translated a few pages from Spanish to English for the museum we have in the city hall and have made plans to do tours of the museum in English. The hours are long and there hasn’t been much to do. It’s more of an office job with lots of hours talking on the phone and doing paperwork. I get along well with my supervisor, but as she is new to her job as of four months there is not much structure for my role. It has been a struggle to be excited to show up to work, but I’m trying to keep a positive attitude and put my energy into my other apprenticeship that I found on my own…

One day I went to the public high school with my host sister. One of the teachers could tell that I wasn’t from Ecuador and she started talking to me in English. She introduced herself as one of the English teachers and she also introduced me to the head of the English Department. We had a conversation about why I was in Ecuador and how long I would be staying.They told me it would be great if I could come to the school sometime and help out. We exchanged information and set up a time for me to come to the school.

Since I don’t work at El Municipio on Mondays, I decided to take my day off to work a couple hours at the high school. Now every Monday, I’m at the school from 9am-1pm. The first two hours I have conversations with the English teachers on their breaks so that they can practice with a native speaker. The last hour I sit in one of the English classes and help the teachers with the topics they are teaching.

My first day at the school I was shocked at how little English the teachers knew. Knowing that Ecuador was a developing country I had an idea that their education system wasn’t as advanced as the one I had back home, but this was the first-hand account where I could clearly see how dramatic that difference was. How could they teach an English class if they weren’t fluent in that language? How could they teach English if they constantly made errors every other sentence they spoke?

The first class I went to I nervously introduced myself. The students were required to take notes on my personal information that I presented. I could see that only a few kids had gotten all of my information down and the rest kept asking me to repeat myself. The next Monday, I was looking through some of the kids English tests they had a couple weeks before. They were supposed to write about their personal information: where they lived, their family, and what they liked to do.

This is an example of an advanced student in the class. 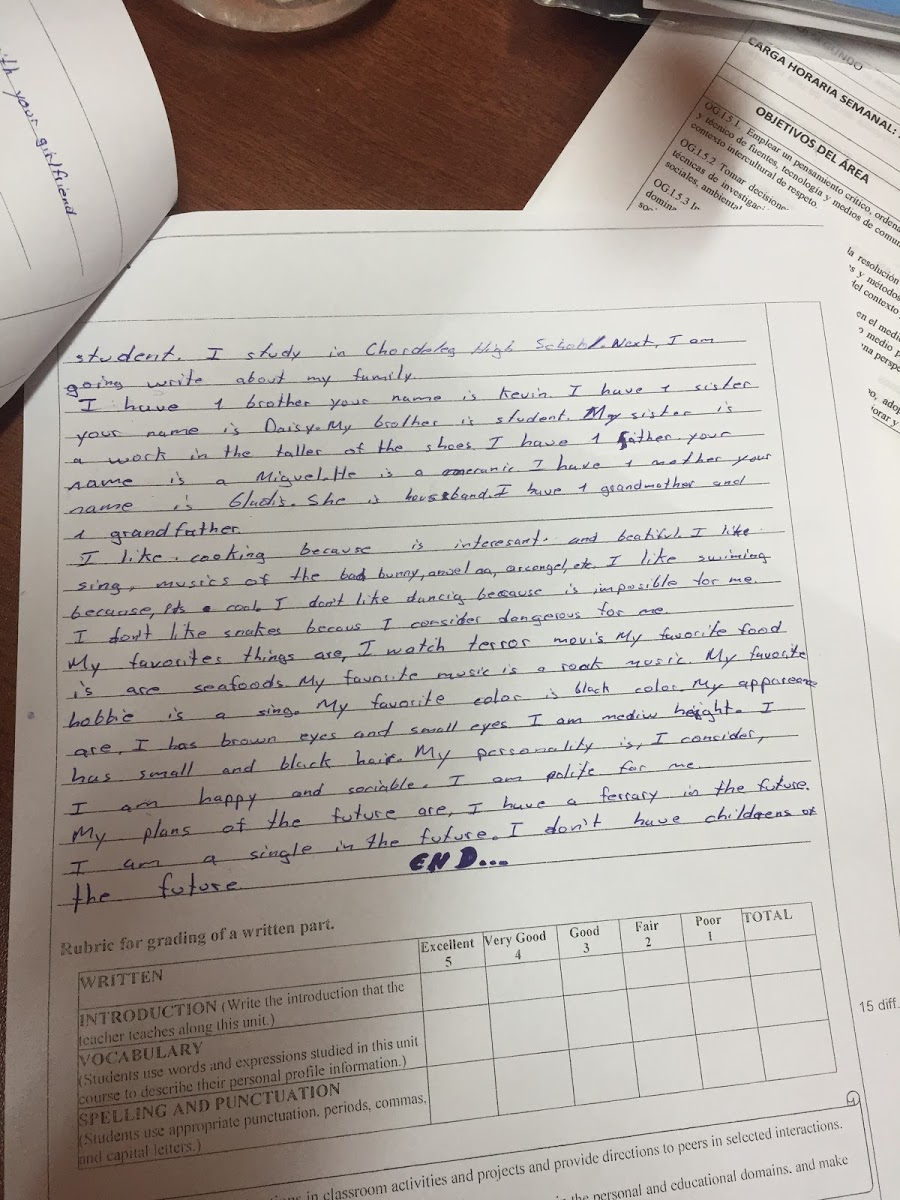 As you can see there are lots of grammatical errors, but the student knows a good amount of the language and understands the prompt. Some other students didn’t write anything at all because they didn’t know how to. I realized that the kids in the class understood different aspects of the language and it was hard to teach when some kids could move on while others did not understand at all.

The only experience I have “teaching” was when I worked in an after-school club called Juntos that helped middle and elementary school kids with their homework. The job that I wanted coming into the Global Citizen Year was teaching English, and I was a little disappointed when I didn’t get a teaching job, but now I have the chance to do it. Teaching definitely puts me out of my comfort zone when I’m in front of the class and with thirty pairs of eyes on me. I know that this is going to be a challenge and I’m not sure exactly where to start, but I’m excited to make an improvement in the education of the students, even if it's small.

& here are a few pictures of my group reconnect at El Chorro de Girón. 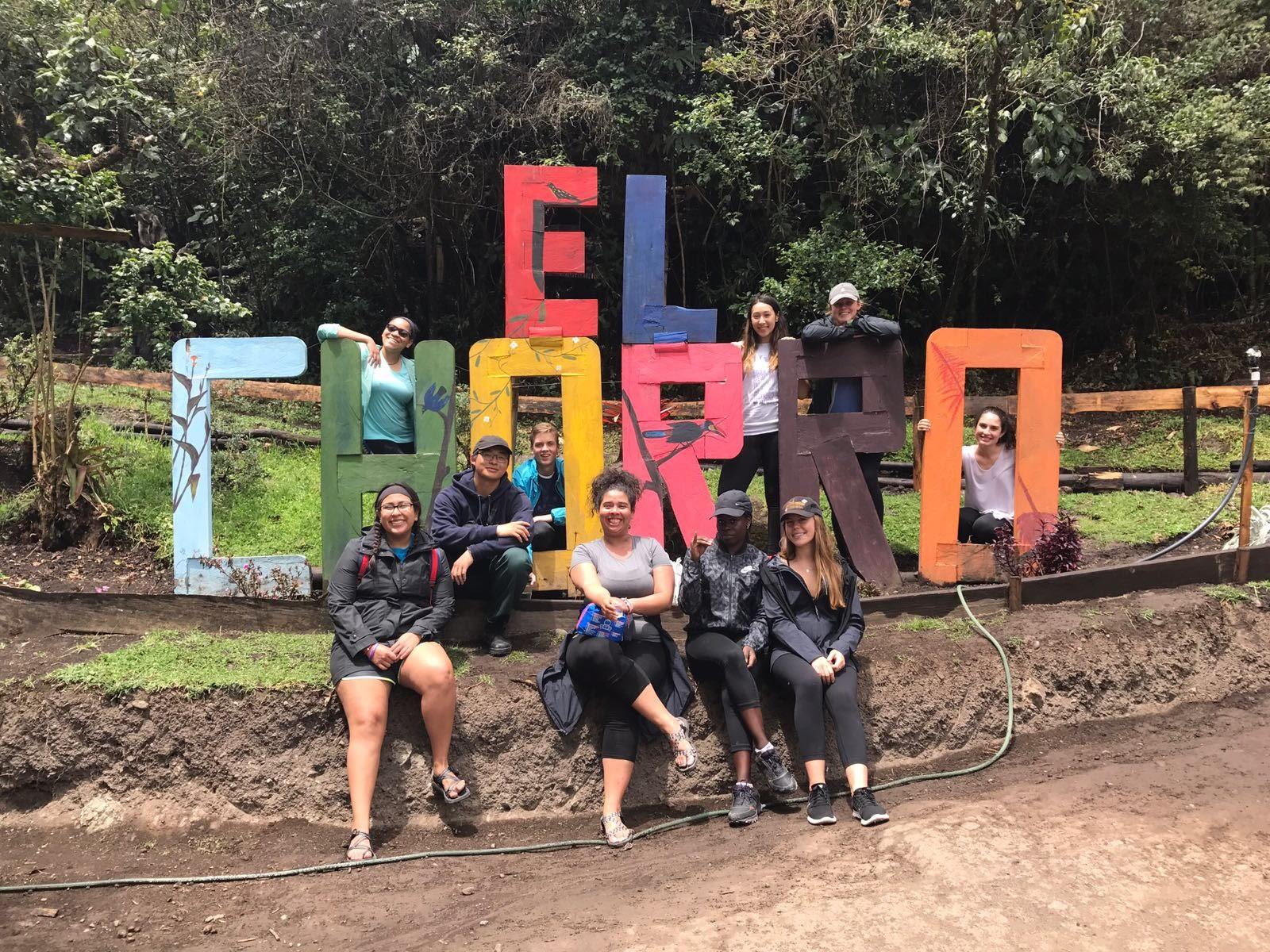 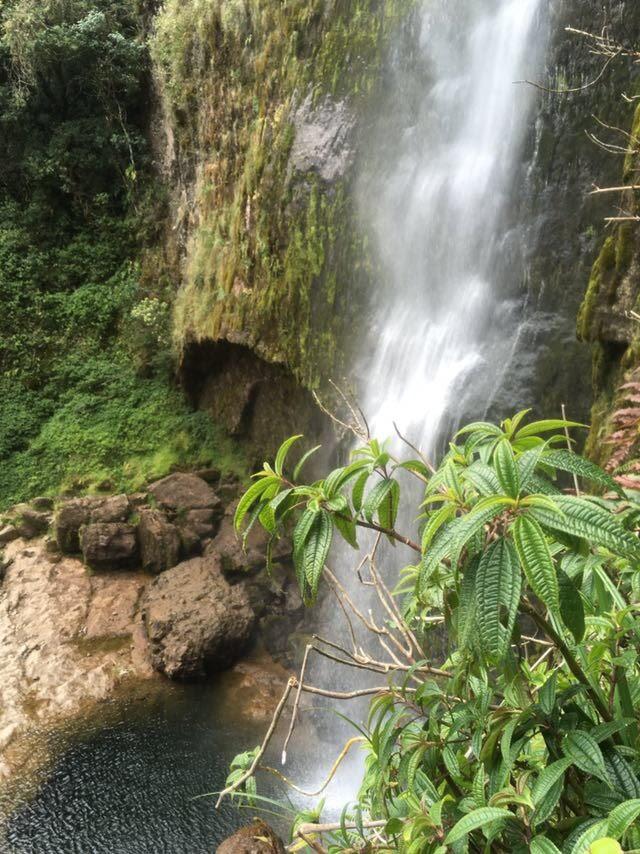 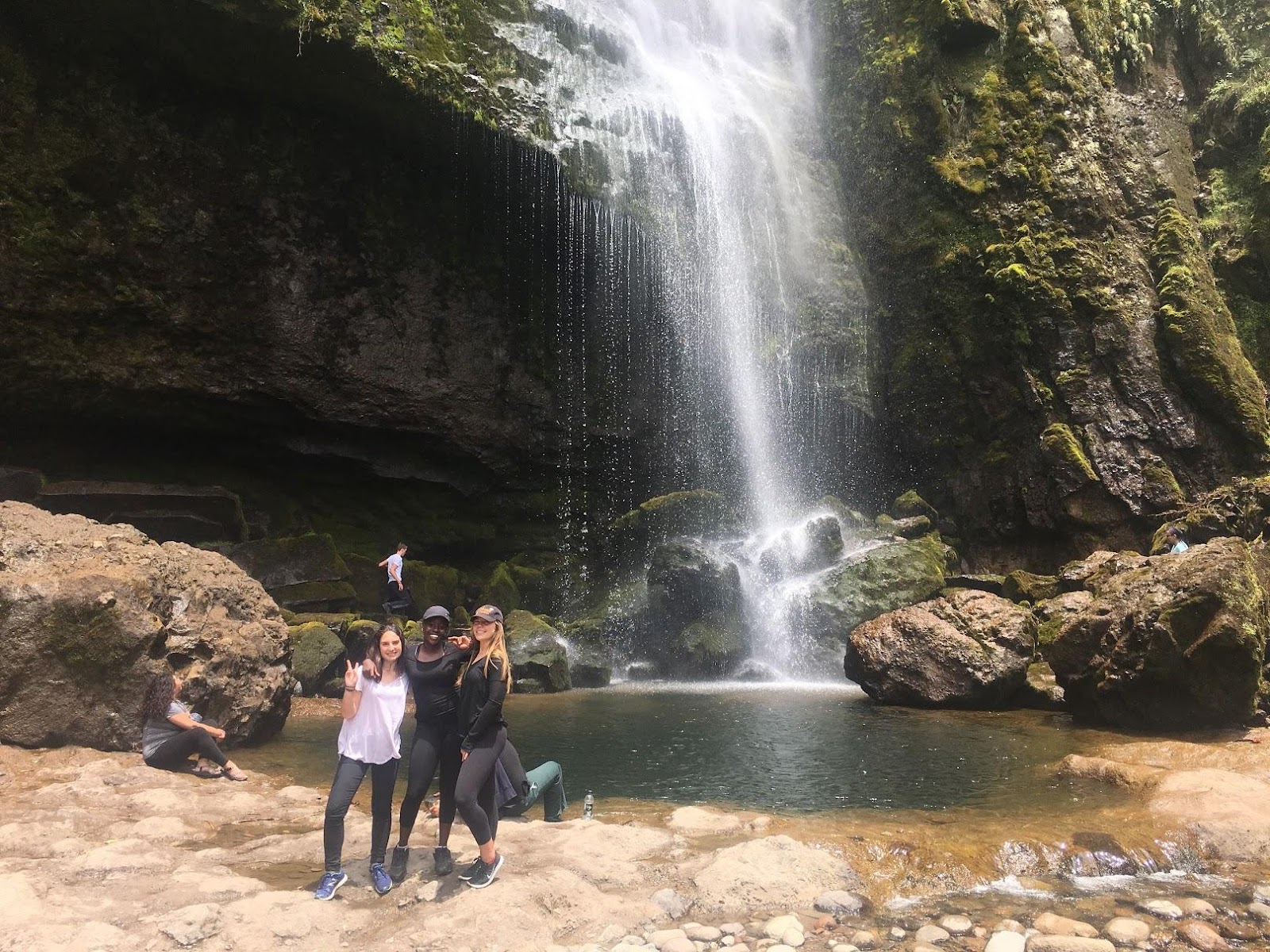 Callista is passionate about working with children, learning Spanish, and the environment. Throughout high school, she was involved in a program called Juntos that mentored younger Spanish-speaking kids and helped with their academics. Her club Walking for Water was able to raise 20,000 to put in two wells in Burkina Fafsa to help with the lack of water in Africa. She was a part of her school's Wind Ensemble and ran track for four years. Her goals for her gap year to Ecuador are to make a difference, discover another culture and have the opportunity to contribute something special to the community around her.