or less it depends on how fast you read friend! 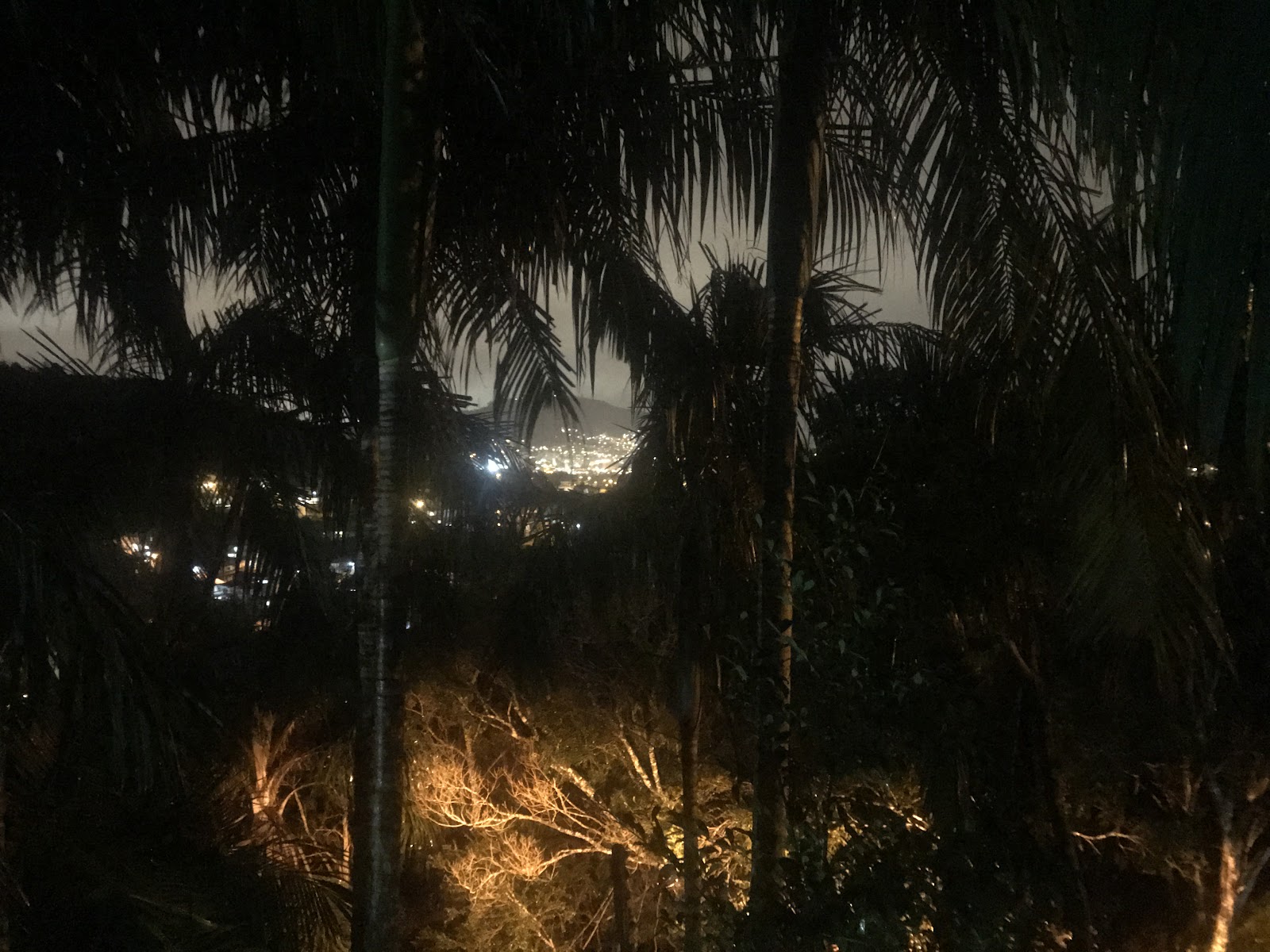 It is now 19 days after writing the first blog, 26 days since I left Costa Rica, a week and some more days of living with my host family and to be honest it has been hard to find the moment and the words to finally share all the amazing things that have been happening in the past weeks. I have to say that recently gratefulness has become a frequent feeling and it is certainly difficult to put in a few words all the new things happening, and as the days go by they become more familiar. The comfort I’ve got to feel surprises me sometimes, and I will bet on saying this is the happiest I’ve felt in a long time. The food, the people, the conversations and the mix of feelings is surely indescribable. After a week of introduction ‘in-country’, the faces of the fellows are now more than just known, the staff members are awesome and very special. The language mess in my head has now evolved to three.

And it was just now, that after going into the house balcony and staring at the city lights for the first time, that I had seen the sunset over, but it was this moment that I got the feeling. Indeed a lot of feelings after my first day of work, but I got the one of writing. I have been writing on a sort of journal to keep myself from forgetting as well as it helps me keep my mental health. So it is at this time of reflection, most of the time at the end of the day that even if I'm super tired I’ve tried to make the effort to record the reasons why it is that I'm that tired, satisfied, delighted. And it is here that I end up feeling the most grateful, it is here that I nourish that amazing feeling that I talked to you about before and probably will along this second blog. And so it was from there on the night of the 11th of September that the majority of these ideas flowed, that I started writing about this first week, and what it consisted of. All the, so far, new things that at some point will become part of the know, even the routine. Some of them are the nature of this experience and some others very personal to my family, my house, myself.

[Citing as I wrote, here I share some thoughts I found on my journal]

“Three days after the last time I wrote, here I am once again. The truth is that right now I feel very happy about being here, in this home and everything that it implies. In this room, this hill I have to climb almost every day to get to my house, this strong woman and the big-hearted man  whom have opened the door of their house for me to accomplish this idea which I’ve questioned some times in different ways until now of going out of my country and ‘getting to know the world’ and participating in a program from which you can understand very little until you get here and that in some but also in a great way, they are making a lot of this possible. I think this is one of the most difficult as well as the most special times of the experience. In which we have to align our expectations, starting from observing and being thankful for the small details that end up meaning a lot. It is the time to comprehend the family dynamic, which we are partially a part now, and try to identify and creatively define our role in it. And where hopefully, as I heard in the ‘Global Launch’ and it marked me a lot, -the good we get to do make up for the bad we’ve done.

[it was also at this point that I thought about writing some of my blog in Spanish.]

Going back to how special of a moment this is, we got to start opening ourselves, our hearts more than anything and blindly trust our host families, the fellows and even the strangers we meet at the bus station that assure us that is the bus that will take us where we need to go. It has been allowing myself to speak with Lorena about all those crazy and sometimes overwhelming ideas that go around my head about politics, family, education, religion, and consciousness. Eating whatever there is and what is brought to the table without questioning, trying some new food and even getting to appreciate the tomatoes. Because I don’t know if it is that food in this country is too good or that I’m always hungry, or both. It has been appreciating the few words of my almost-two-year-old host brother Kallel, and thinking about how much he would have had grown at the moment I’ll have to leave. It has been speaking to my family in Costa Rica after more than a whole week and accepting that through that small screen and just seeing what they show and say to me will be the only way for some time. It has been turning off the light at night and feeling the immensity of darkness. Getting into the incorrect bus, eating açaí whenever I can and believing I can speak Portuguese while Google has been a great partner in it. It is sharing some music with Erasmo and the notes in my phone being filled by what I consider could be memorable throughout the day and should be materialized then to not forget. It is making up endless to-do lists and getting overwhelmed by the feeling of wanting to make so many plans. It has been starting to see the group dynamics but still feeling anxious and eager to get to know the island and much of the many incredible people I came with and am meeting each day. It is the opportunity to start or return to some habits.

I’m also thinking about how to decorate my room. These first weeks have also been having the suitcase beside my bed with some costa rican snacks that make this feel still like a foreign place, that connects me to my house. But it is also having my clothes in the closet and trying to find and define a place for everything; the books, the clothes, the perfume, the soap, the keys, the sweater, the computer, and the bags. It’s trying to maintain it organized and thinking about some of the things I would like to buy, but having in the back of my head the question: -am I going to be able to take it with me? The shoes, making the bed, really learning how to do it.

Every day has something new, and as it might be logic it is something I would hope to keep on happening throughout the program. Even though there will be a time where some places become more familiar and it all somehow starts feeling as routine. Many things seem like a challenge at this time and it certainly requires perspective to identify and celebrate what would be simple for one. I also think about each and everyone who is somehow involved with Global Citizen Year. From the fellows, our families, our new families, and their friends, even the uber driver that realized I’m a foreigner from a simple detail in my name. Even though it is not my first time talking about a not very common program: the context, the purpose, and the reality are different. Now I’m a ‘gringa’. And it is based in this thought that I feel the responsibility to connect the multiple good things I’ve found in both programs UWC and GCY.

At this time I have to think a bit more about when would I want to give my ‘speak up’. I have to find a topic, an idea and maybe a story that moves me and deserves to be shared. That will allow me to take advantage of the opportunity to speak without interruptions and with almost no response more than the feedback and the conversations that could start from it.

I think it is important for me to keep on writing, I really like it and it is something I would value as time goes on. A challenge to my resilience and support for my mental health. Tomorrow we will have our first Portuguese class and I think after I will go bouldering with some other people. I am settling in, finding myself and getting easier. And I want to say I feel truly happy. I’m in the pursuit of the meaning of different things in my life and I feel passionate about exploring the idea that all of us come from very different backgrounds. I want to listen and learn a lot from who came with me and who was already here, and just like that get to value a lot more whatever  I can contribute with”

It is also at this point that I’m writing, after attending a day and a half retreat with half of the Brasilian cohort in the past two days, that it seems as a before and after. I got to know the north part of the island and reflected on this first week's experiences and the expectations of the coming experiences lead by  Vitor, Chris Leticia, and Poppy. I had some really nice conversations, walked on the beach and had fun doing some slackline after a long time. Lastly, we had the first language class last Friday and then this gathering, and I can say it is always nice to meet again with the fellows and be able to see how we are all living these experiences very differently but, in a way, we are all together. And as to this before and after, today was also the first time at the apprenticeship, so many new people, much information and ideas that I’m excited to get to know better. Something that will probably come in another time.