The months leading up to my departure from Maryland for Global Citizen Year’s Global Launch in California, I had been desperately trying to ready my myself in every possible way to depart across the world. My initial idea of what this would look like involved time investing in close friends, in myself, in learning about the culture and language I would be living in, and in devoting myself to a deeper relationship with God. As time began to dwindle down, it turned into a sprint to get through everything I could while I still could. My life was moving at a hundred miles an hour and I barely had time to stop and think about how I felt about the decisions I was making. From traveling around Europe and a last minute trip to Guatemala with my friends, to spending every other weekend away from home, my plans for preparation had rapidly slipped away. Thus, I began to adjust my perspective on what I thought the bridge year would look like for me. I began to see it as a sort of self-help book. Though I desperately tried not to treat it like the savior for my problems that I knew it could never be, it evolved into a sanctuary for me nevertheless. It was going to be a time to slow down from the pace my life had accelerated to. It was going to be a time to take a break from the bad habits I had begun. It was going to be a time to begin new and better habits. It was going to be a time to say goodbye to relationships I no longer desired. It was going to be a time to invest in new relationships. It was going to be a time- just a time, not an experience. To me, the idea of a bridge year had become a fad diet- a break- a retreat. It had stopped being the start of a new journey. It was no longer a foundation for the rest of my life. Instead, it had become an 8 month therapy session to treat my regrets and then return to the normal world afterwards. I hated the perspective I had adopted and I hated myself for adopting it. I began to feel that if this was the way I was looking at it, then maybe I didn’t have the right to participate in it after all. I began to believe that maybe I should figure my problems out myself instead of using a bridge year as a scapegoat. I began to believe that I needed to figure myself out first in order to be ready to leave.

When I had first applied to the program, I did it because I knew I wanted to learn about the world by being in it. But I also did it because I was in love with the idea of leaving home. I was excited to get out. I was eager for something new. But my life changed a lot between applying in October and leaving in August. I started to like my life in Maryland. I started to think maybe it wouldn’t be so easy to leave, that maybe I would have some things to miss after all. I was happy. And I was scared of it. I was so scared I pushed it all away. In truth, I never felt all the way home. In the days before I left, I reflected on a phrase I had written months before: “what the fuck even is a home? There’s nothing left for me here.” And I truly believed it. I found myself hiding things about myself from the people I cared most about. In this, I discovered that the only thing I truly desired was to be wholly known. If I found this, I believed I would find my home.

When my feet hit the ground in California I don’t know what to expect. I look around at the more than 150 other students from 33 different states and 32 different countries and try to pinpoint something I have in common with them. A few have tattoos like I do. Some dress like I do. Some laugh at the same things I do. Some care about the same things I do. But I don’t know these people and they don’t know me. But I quickly discover we have a lot more in common than I thought at first. We all are passionate about experiencing the world. We all are curious about what we could never learn in a classroom. And we all have the courage to seek something beyond the familiar. I know it is impossible to be wholly known. I know that a home is something that takes a long time to build. But I have a good feeling about what I have built so far, and I know that I am exactly where I’m supposed to be. 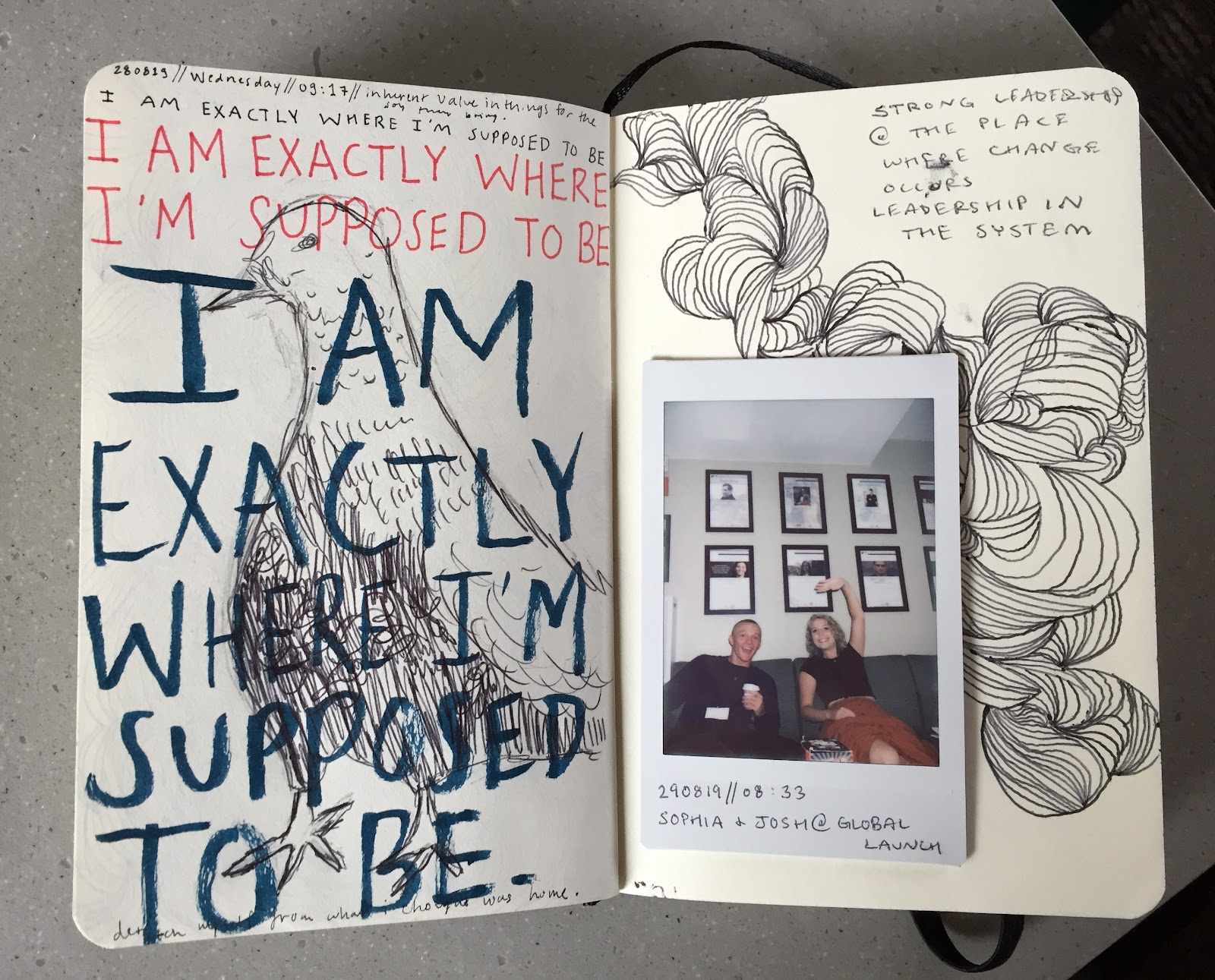 Sam is passionate about the environment and the challenges which come with climate change. She is involved in global missions, church, and art. This year she hopes to improve her fluency in French, broaden her perspective of the world, and identify problems facing west Africa that she can learn to build solutions to. Her favorite quote is "perhaps we need to accept the extent to which we are not, in fact, knowable" from an old newspaper article.