Pachamanca (Kichwa pacha “earth” and manka “pot”) is a traditional Andean dish that has existed since the time of the Inca Empire. The dish is based on baking in a hole (the earth oven) dug in the ground with hot stones. It is typically made during the rituals of the four ancestral festivals of the year and other special occasions. My regional cohort had the special privilege to take part in this ceremony for our regional reconnect. 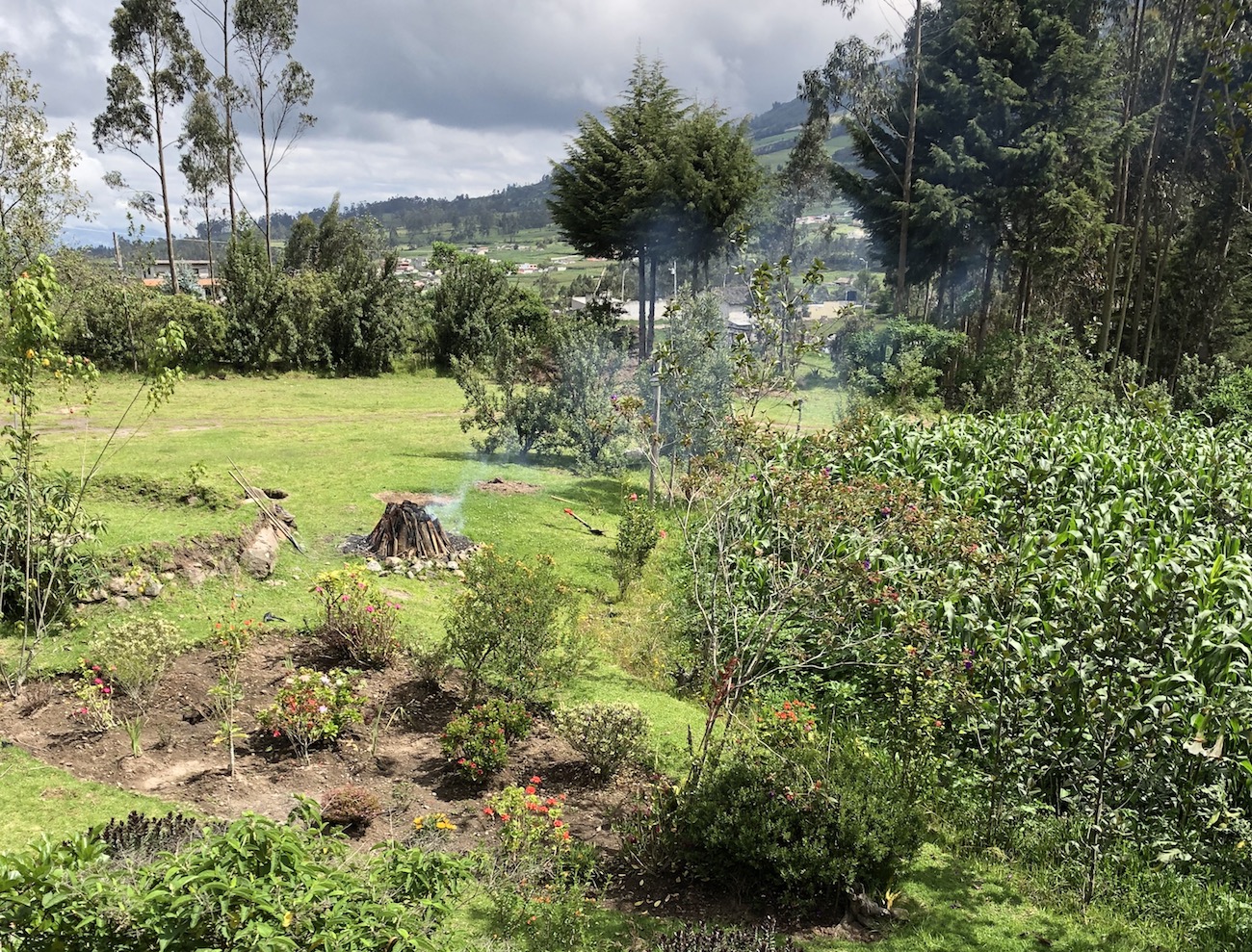 The Process
Before we arrived, the hole was already dug up and the hot stones were being heated by the fire. The fire must go on for two hours to heat the rocks that were specially chosen for this ritual. 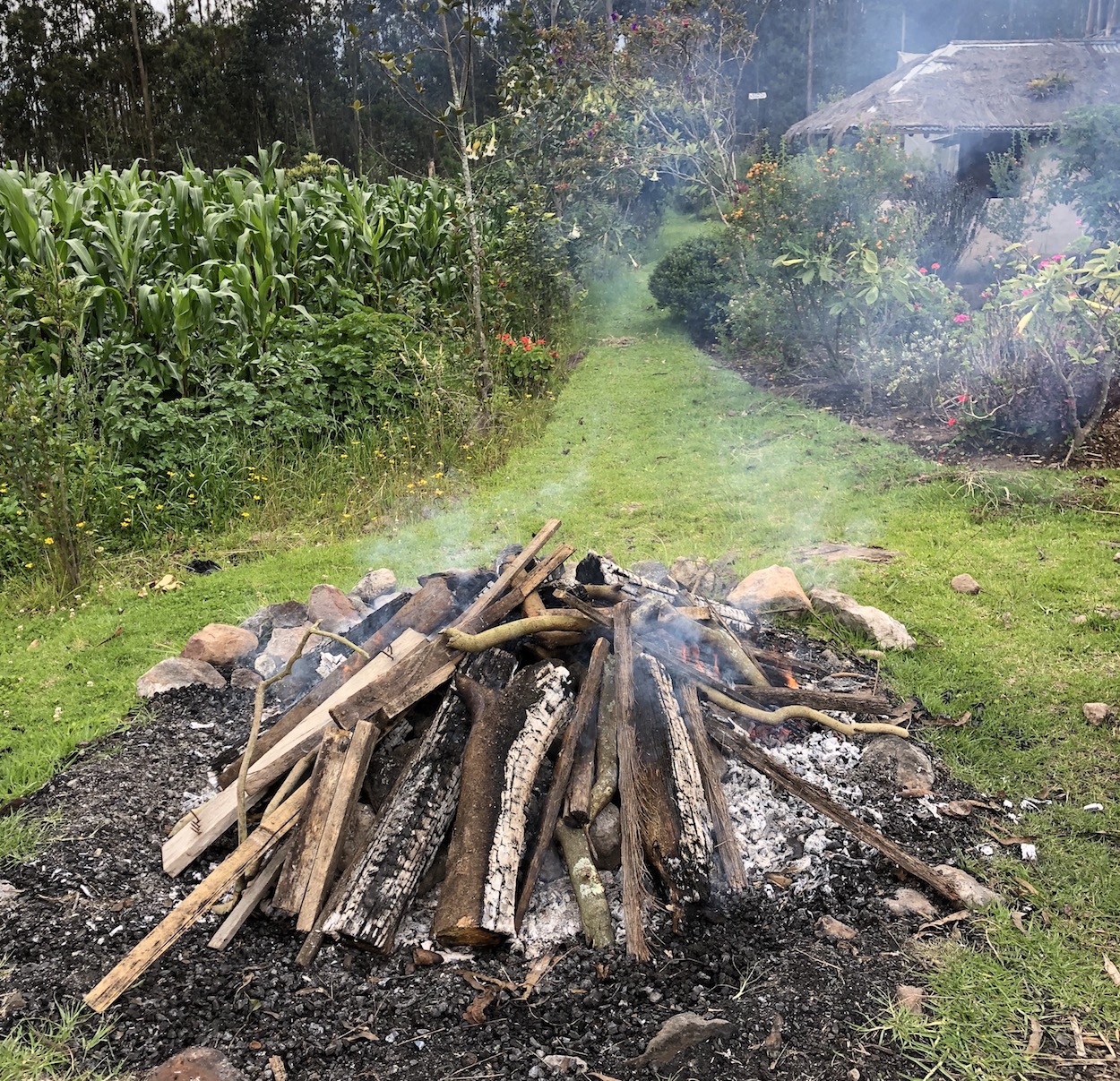 First, we took part in the ceremony for the Pachamama (Mother Earth). We each took a pinch of wood shavings which came from the trees of the amazon. We breathed our energy into our palms and put the wood shavings into the fire. 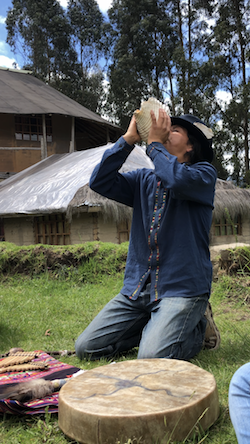 The stones are taken out and are beaten by leaves to clean them of ash. Then they are carefully placed into the hole. 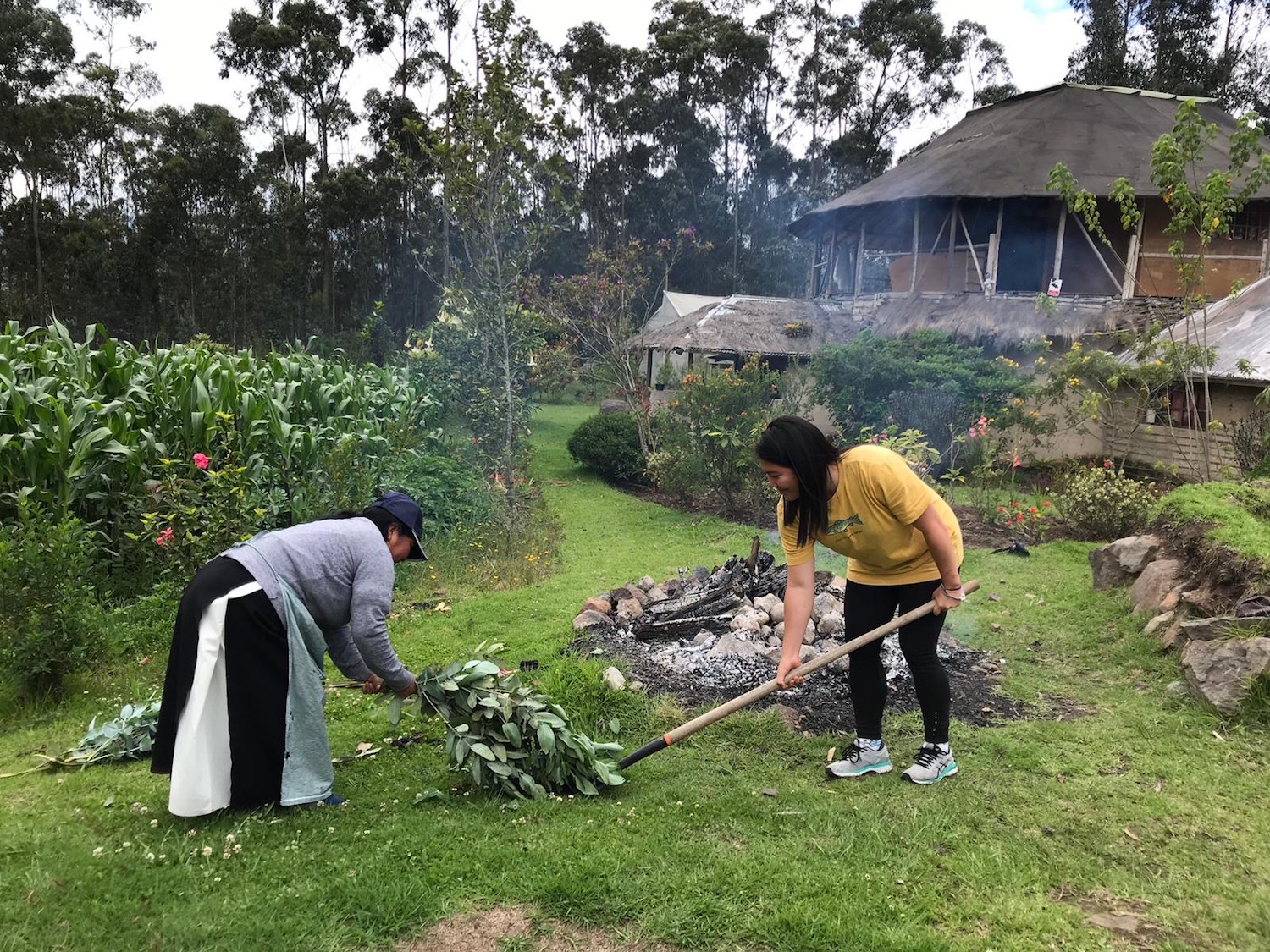 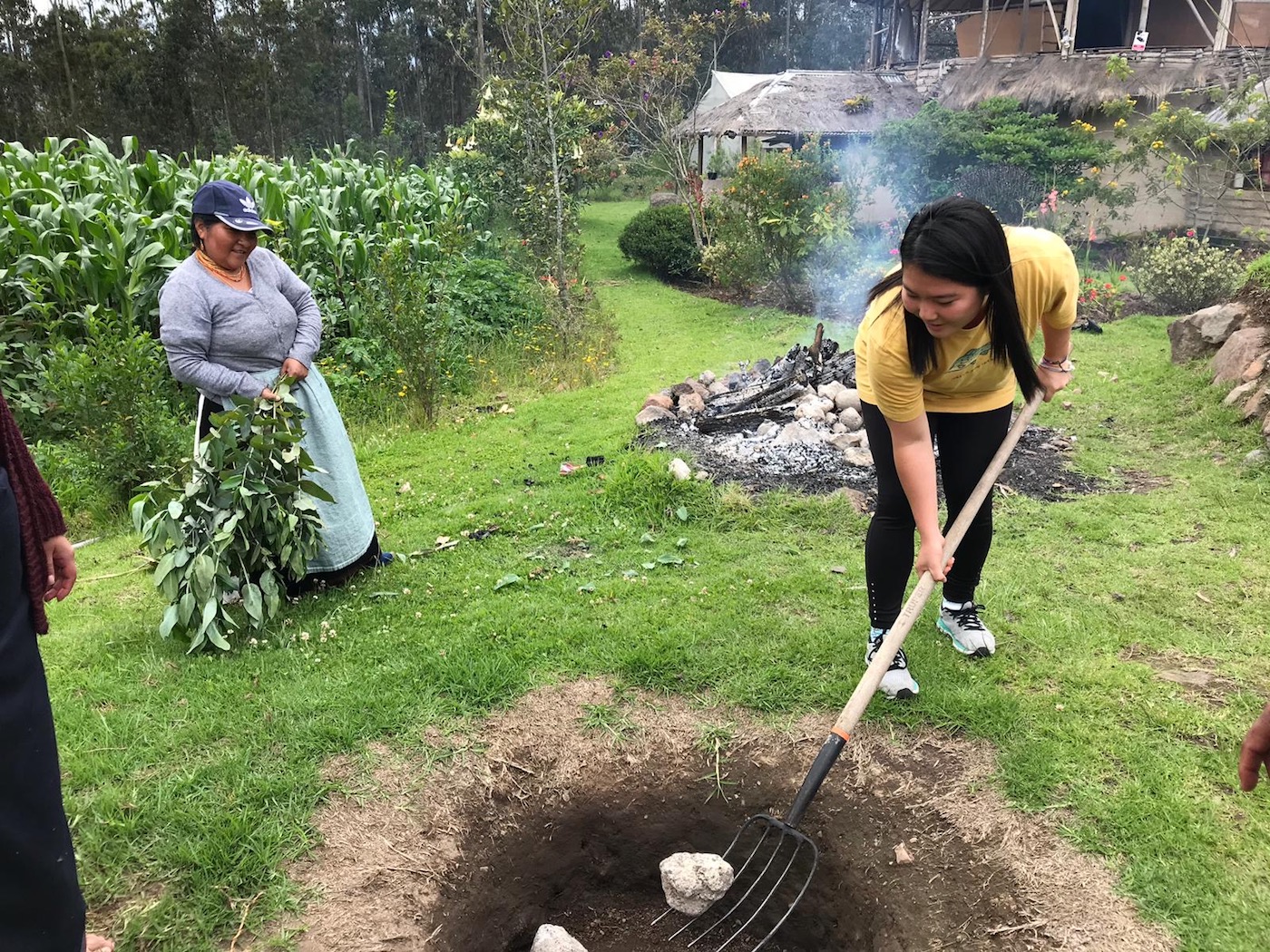 After the stones are placed, the food goes in. Potatoes, corn, plantains, green beans, carrots, beets, and chicken wrapped in cabbage. 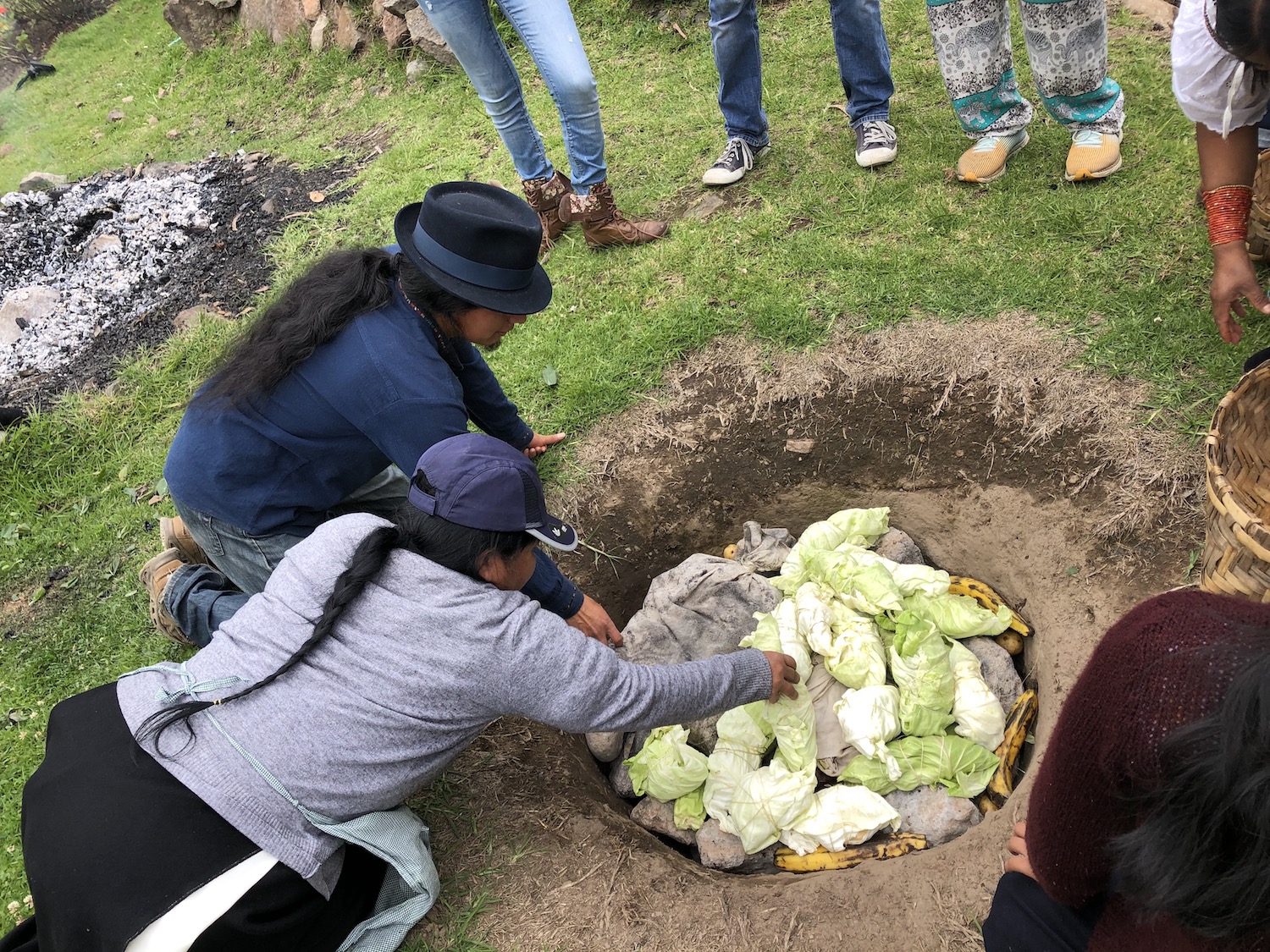 The hole is then covered with corn husks. Then water with spices and herbs is poured into the hole and covered with a sheet and then a mat. Earth that was dug up to make the hole is then shoveled on top to cover the mat.
We did a dance to the music of a drum and wind instrument to step on the soil to seal it. Thus, all of our energy and the energy of where we come from is added into the food. 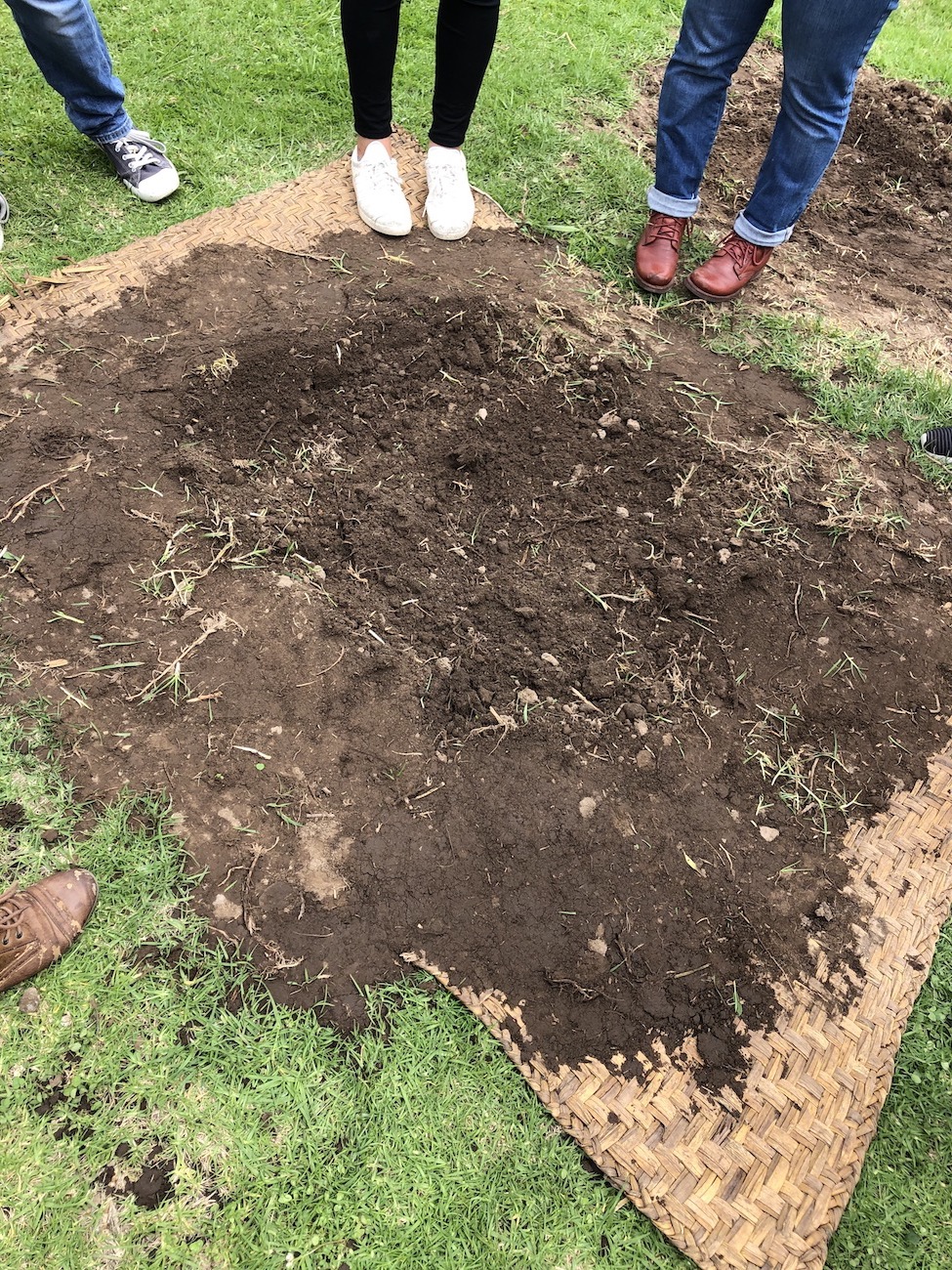 The food is then cooked through steam in the hole for 45 minutes.
After 45 minutes, the soil is dug up and the mat and sheet are removed. The food is taken out with tongs and put into pots. 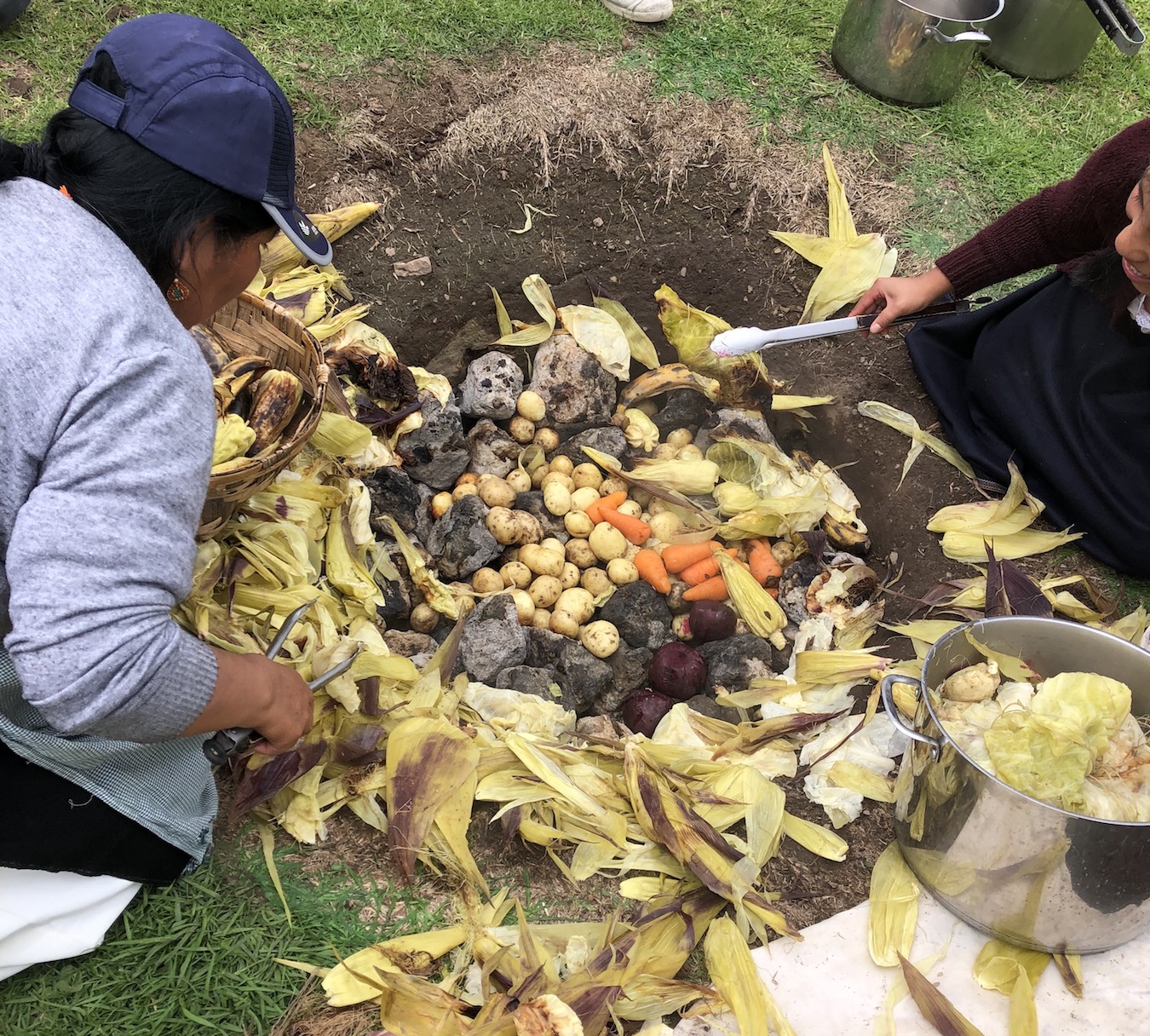 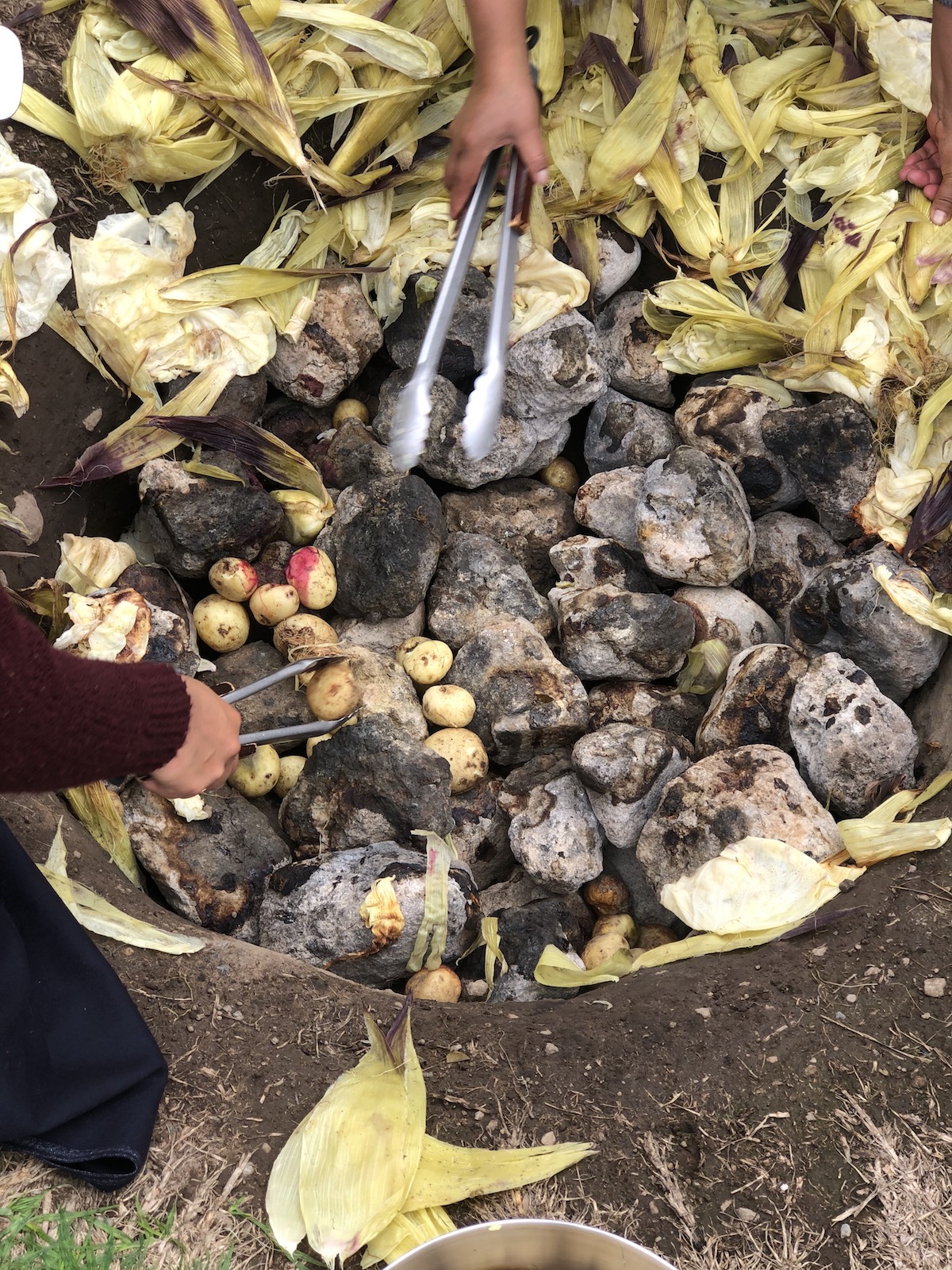 The food is then served. It must be eaten while it’s hot because that’s when it has all the energy and strength. Once it cools, the food gets a different flavor.
The food was served with juice made of amaranth and sweet plants. It’s in the top Ecuadorian meals I’ve had here. The variety of vegetables, the unique flavor, and its special preparation made it an incredible dish. 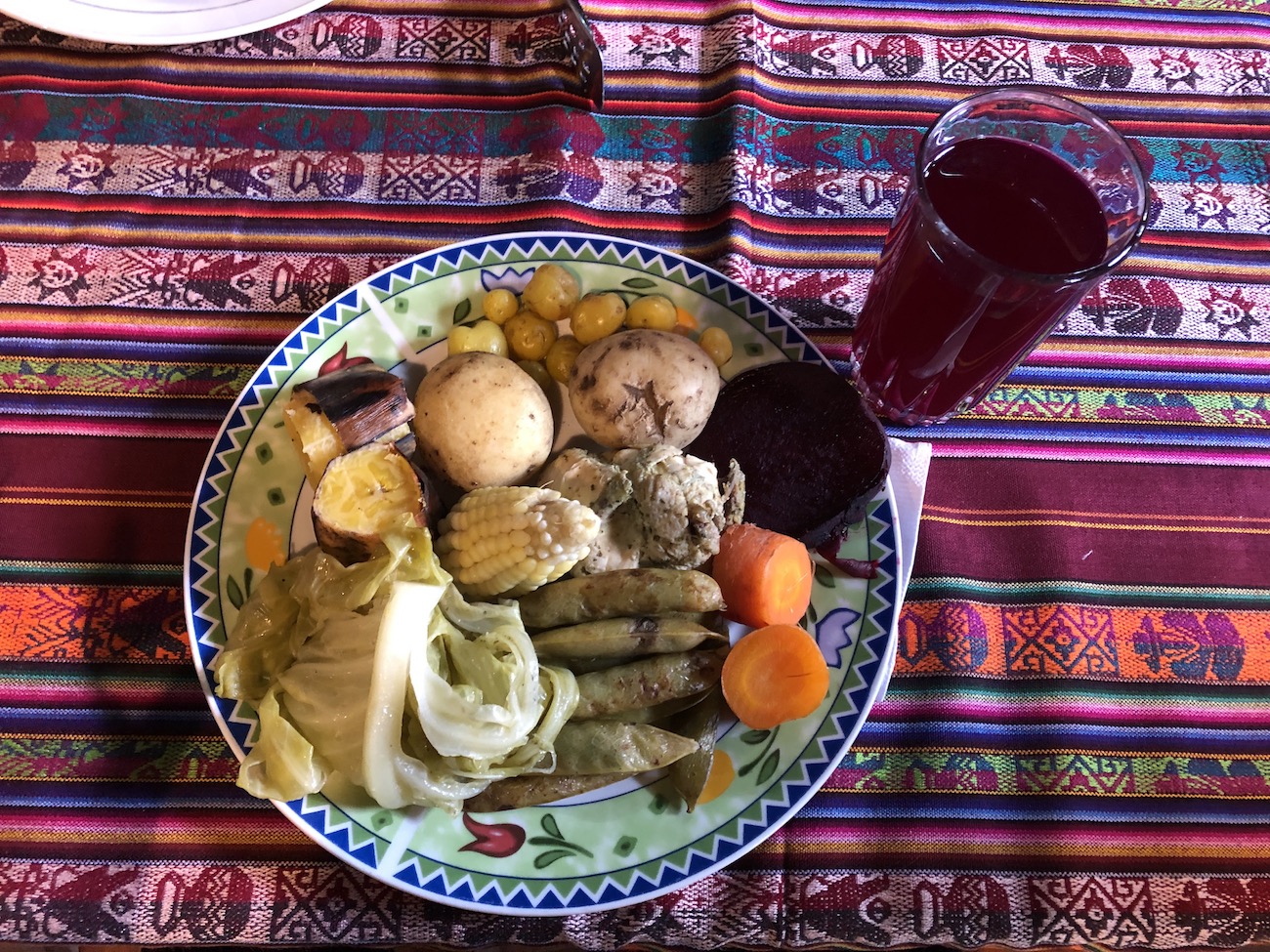 Here is a video of the process: https://youtu.be/gR5i2R07a9M

Angela is passionate about traveling, reading, and trying new foods. During high school she was involved in Key Club, played field hockey and lacrosse, and was an editor for the newspaper. Her goals for the year are to fully immerse herself in the Ecuadorian culture, to improve her Spanish, and to develop meaningful relationships with her community and fellow fellows. Angela will attend the University of North Carolina at Chapel Hill once she returns from her Global Citizen Year. Her favorite quote is, “Broad, wholesome, charitable views of men and things cannot be acquired by vegetating in one little corner of the earth all one's lifetime” by Mark Twain.