1 family for 1 year is the idea, in the hopes that we will be somewhat part of the family by the end. I have seen my some of my friends blend into their host families. And, for some of them, it seems like they have grown closer to their families in India, than they are with their families at home. For me, it’s been different. I was terrified to live with a host family. I thought it would be a lot easier if I could just lived with Fellows altogether. I’ve even lived with host families before and it felt like I was invading their space, and that I was burden to them. I hoped this time, that maybe by end of the 7 months, I wouldn’t feel just like a guest in the house.That maybe by the end I would have something that felt like my own family a little bit, something that might make the pain of missing my real family less. So when I arrived at my 1st host family, I tried to approach it with that in mind.

Walking into my 1st host family I was nervous. They blessed me and welcomed me in. My ten year old host sister grabbed this little paper book and a small painting that she and my older host sister made for me. The painting said “ Come in as a guest and Leave as a sister”. It broke my heart to see this because that’s all I wanted. But I knew it was going to take a lot of time for that to happen.  My host mom at this time was my savior because she saw immediately that I was having a hard time and was ready to work with that. We walked around the area of our apartment. I looked at all the little shops and streets and was overwhelmed. But she navigated the narrow little crazy busy streets like it effortless. Like there weren’t two wheeler darting every which way or people shouting at each other and little children banging for me to give them money. As we walked, we talked about why I was doing my gap year, and why it was important or why would it make any difference.

For the first month, even though my host family seemed like they might be wonderful,  I was dealing with overwhelming pain and unbearable homesickness to the point that all I wanted was to go home, back to my real family in the US. That going home was the only solution to make me feel better. At the same time my host mom started to have a lot of back pain. One morning I heard crazy shrieks coming from her bedroom. My host dad rushed into the room, carefully picked her up, somehow got her into the car and rushed her to the hospital. Later that week I found out that something terribly bad has happened to her back and she had to have surgery. About once a day for the next week we sat around her, talking and keeping her company while she healed from surgery. And my ten year old sister cried every morning praying her mom to get better. Finally our mom came home from the hospital, but spent the next week on bed rest, not able to move.  Her second week home she was allowed to walk around the house. She started acting more like herself and I thought things would settle down. Later on that week, I came home from school and I learned that my host dad had a bad fall on his two wheeler and broke his leg. He came home with a pink cast on,and now I have two immobile parents.

Whether it was two injured host parents or my homesickness/ emotional state or for some other reason, I realise I can’t stay in their house anymore.  It was a mess telling my host family I was leaving. When I left, my host mom cried and she never cried the whole time she was in the hospital. 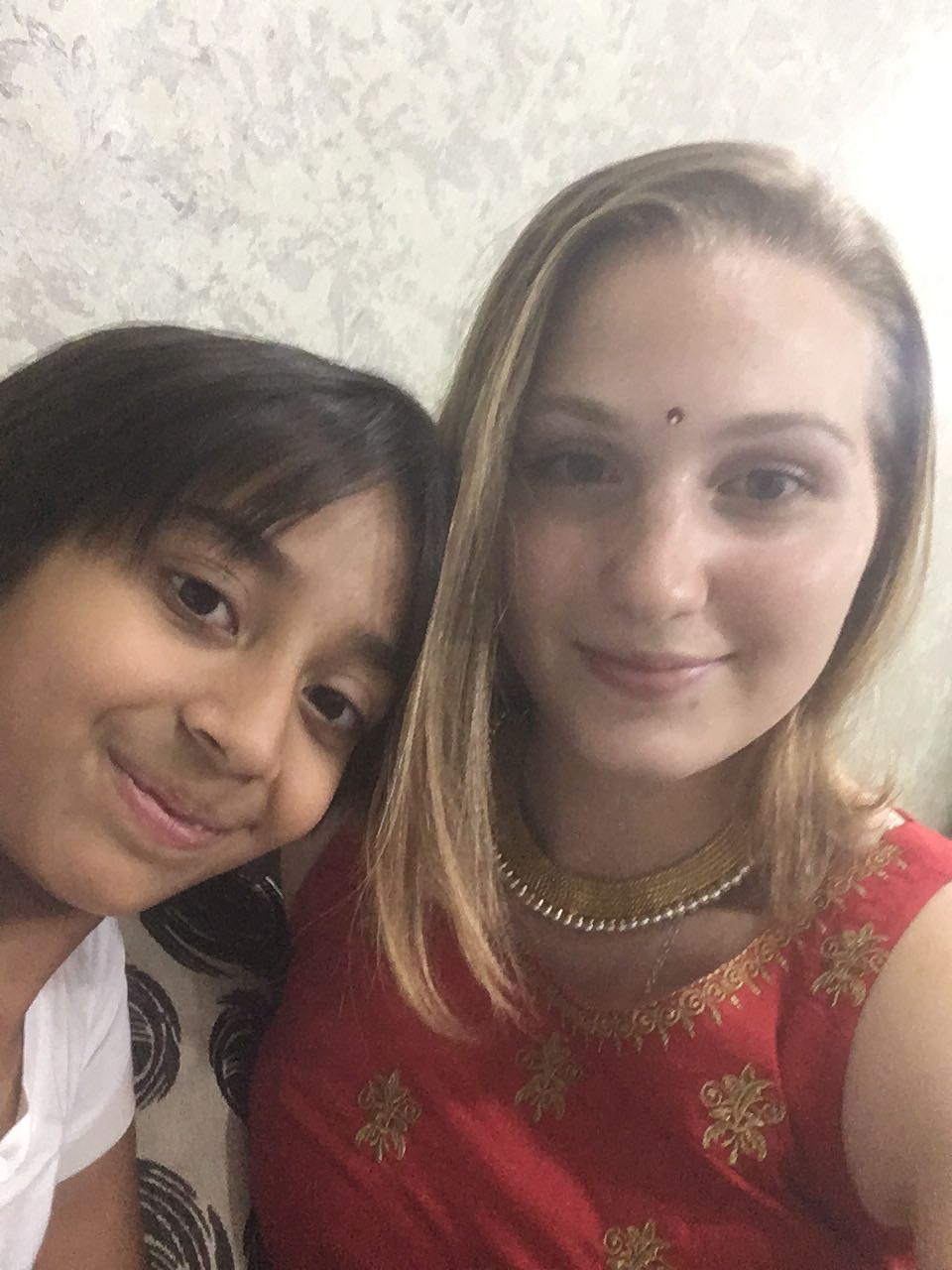 Daljeet and Kamal are a very interesting pair. They are in their 60’s.  Daljeet likes to stay inside and doesn't do much but watch Netflix at night and do his mediation sessions during the day. His life is pretty much the same day after day; even his meals are are the same each day.

On the other hand, Kamal, his wife, wishes for more variety in her life. She likes to go out and try new things but is sadly confined to her husband's way of life.

I found myself in their house mostly because they already had a fellow living there and were happy to house another fellow on short notice. I believe that having another fellow in the same house to keep me company was great for me. But it was a little unconventional because GCY doesn’t have 2 fellows in one house very often. I think Baesil  was the perfect person to be paired with. He is very independent especially compared to how I was at the time. It was nice for the little time we were in the same house to have someone to confide in or someone who could understand our circumstances better than others as because he was dealing with the same things I was. I wish I had more time to have gotten to know him even better but after several weeks together, he moved out over differences with our hosts.

Once Baesil left the house the relationship between me and Kamal changed. We started to understand each other and learned what we each cared about. My parents sensed this host family was not the best place for me but I really wanted  to make it work. I don’t know if I would say it was starting to feel like I was part of the family but we seemed to be developing that kind of a relationship. I started feeling like I wasn’t a guest anymore but not quite a member of the family.

Kamal and I had fun teaming up on Deljeet, seeing  how much we could push him to get him to lighten up and take us out.  We had fun on those outings, going to the mall, just looking around and window shopping or joking about the people we would see.

But, just as I was really getting into the groove of what my place in this family was,  My mom came to visit me in India. I really wanted her to meet my host family and see where I lived.  Even though I carefully set up a time for us all to have lunch, in Pune, Kamal’s plans changed at the last minute and the lunch didn’t happen. We had already arrived at my house for lunch, so I thought I would show my mom around anyways.  We went upstairs to my room, tried to open the door, but instead, found a random women getting dressed in my room. I said sorry, closed the door, and turned to my mom with a very confused look on my face. Then I remembered that my host family rents out rooms on airbnb and I realized what must have happened.  I put it together that Daljeet and Kamal had not been honest with me; they had been renting my room while I was gone without telling me! I was really upset and wasn’t sure what to think or how to handle this. I calmed down and talked with Anand, who told me my host family’s behavior was unacceptable, but suggested I leave on my vacation and that we would handle the problem when I returned.  I felt betrayed by the place that had started feeling like a home . 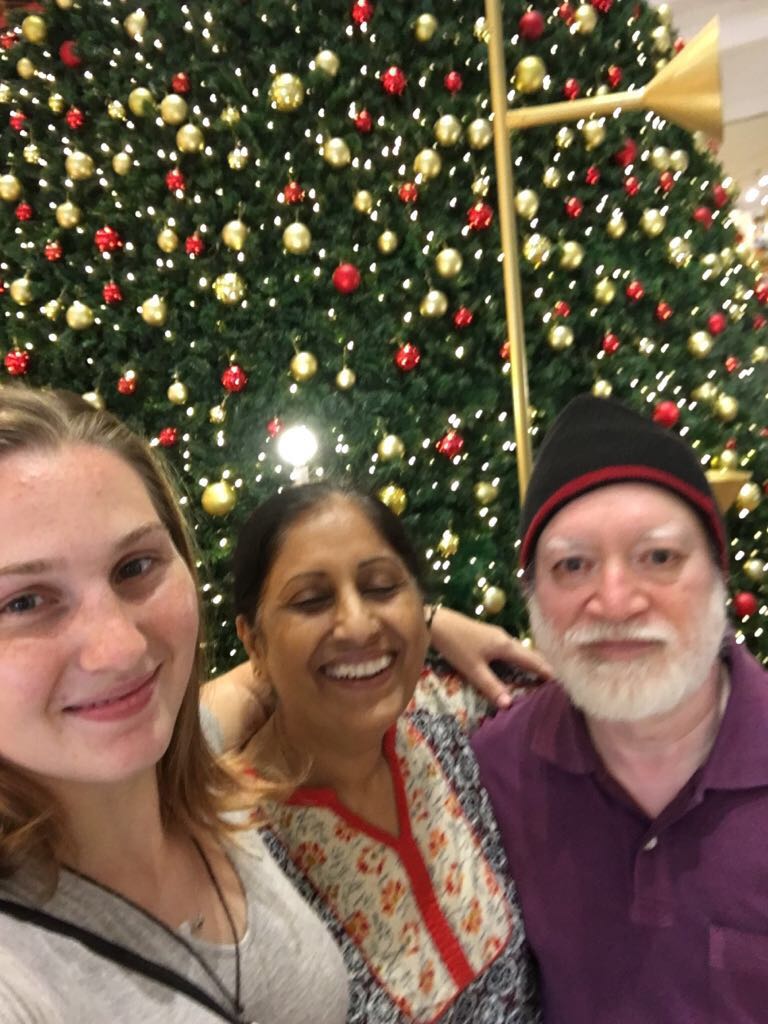 2 months left and I just need a family for the last stretch of this journey. I hoped I would find a simple family that would be an easy transition.  I had gotten to the point where it wasn’t about pushing myself to be immersed into a more traditional Indian family. I had already done that a lot.My last host family was a single mom with 2 teenage daughters –  a 13 year old and 15 year old. They seemed very modern – mom was divorced which is uncommon in India, they spoke mostly english, and the girls watched a lot of American or English TV – it seemed like I could fit in easily, which at the time was really what I needed.

At first, I loved my new family. The my host mom and I got along well. We were able talk about things that I never would have thought I would with my host mom about. We talked about boys and relationships and how experience with them can be good. That she wanted her 15 year old daughter to be careful but was fine with her dating and getting to know what kinds of guys he liked and what kinds of guys she didn’t like. The younger daughter seemed cool – much more of a tomboy but also very into fandoms and loves Logan Paul. My host also makes very good food and a lot of it a snack between each meal and a special drink most days. I also have a lot more freedom with this family. My host mom told me when I first came that she understands I am 19, I can understand my own limits. I am in a room that has its own door to the outside and I have a key to that door so I can come and leave as I please. This a lot a freedom compared to both of the other two host families. I try and use the front door as much as I can just so I seem more like I am part of the family and not just a boarder.

However I have found it hard to not feel like a boarder sometimes. I spend a lot of time in my room because my mom works long hours and the girls like to spend a lot of their time watching TV shows I don’t like.  When I first got there, I tried to connect with them but found it hard to push though, even after the initial awkwardness wore off. It seems like they just don’t choose to included me and I often feel like an afterthought.  But I realize that building a relationship is a two way street. I think because I had such a hard time with the other 2 host families, I am subconsciously not investing in this family as much as I could have. I really don't want something bad to go down again or for it not to work out so I’m playing it safe. I am so scared of something happening, that I am not putting myself out there to try and be part of this family. I think they can probably see that are maybe I’m not investing as much in the relationship either…..

Regardless, I just wanted to be part of a family this year. 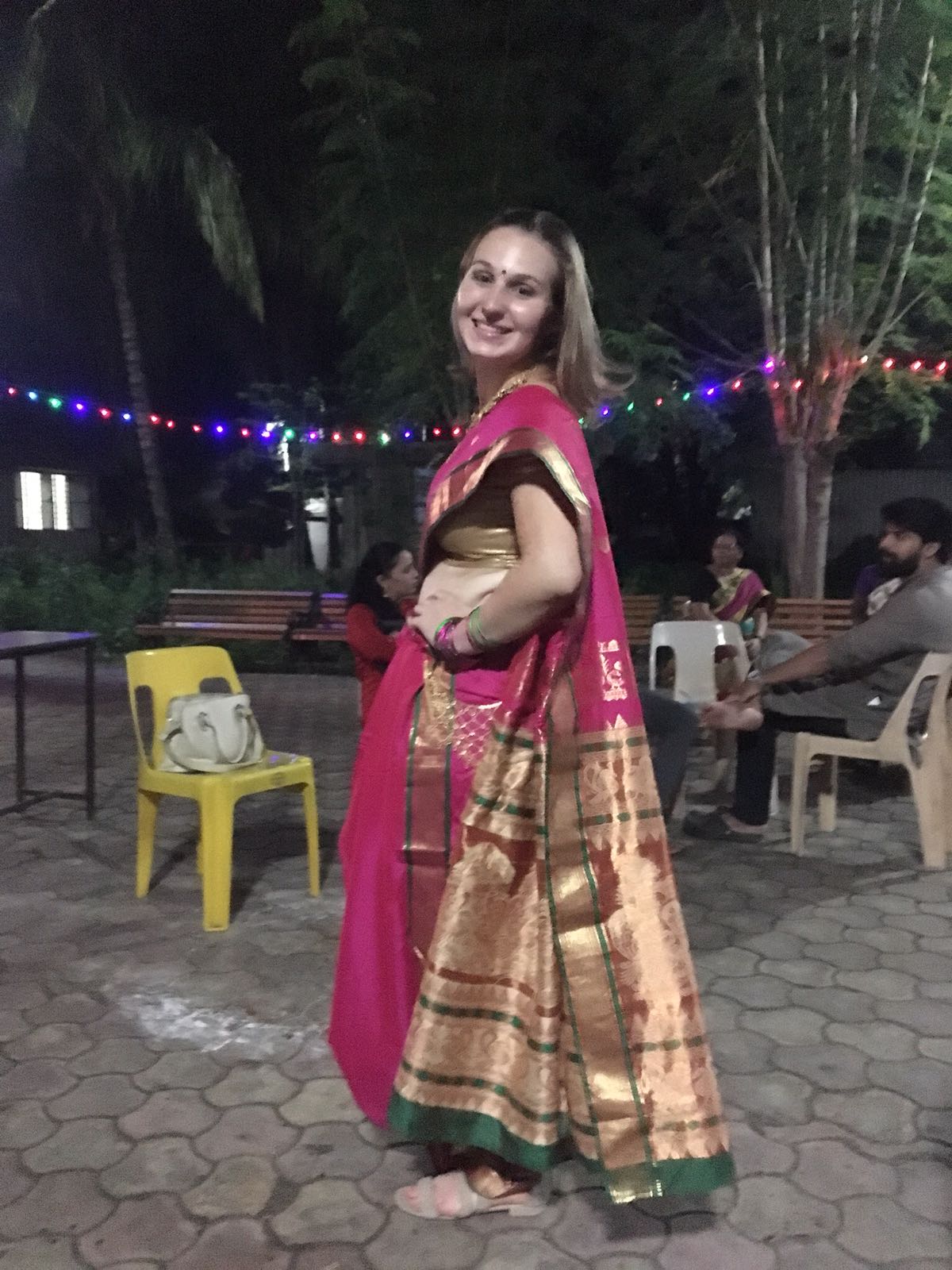