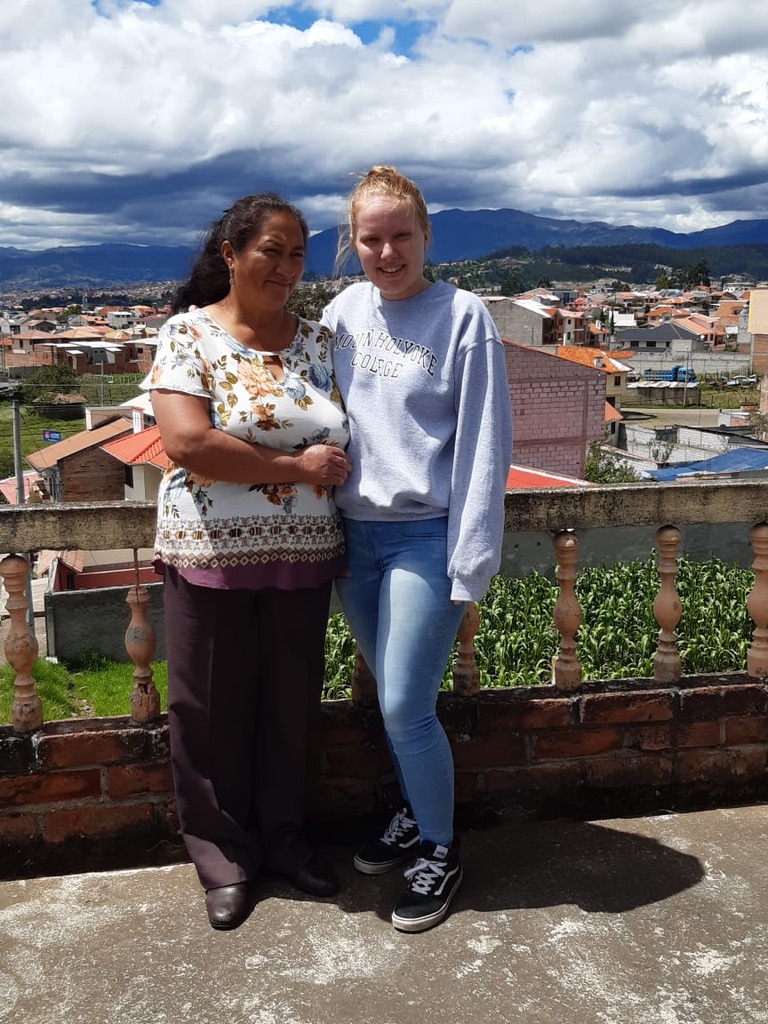 María has been my mamá since September 7, 2019, and she’s one of the toughest, most resilient, and most caring women I’ve ever had the pleasure to know.

My mamá has been through a lot. She grew up with a father who firmly believed that a woman’s place was in the kitchen, and her purpose was to bear and raise children. That’s what she was taught to believe, so she was married and pregnant before she even turned 19. Her marriage was not easy and lasted long. She was forced to have more children than she expected. Even after she was able to divorce her husband, it took years for things to get easier for her and her children.

Even though so much has been taken from her, she still chooses to be kind and to give more to others. She was able to raise 5 strong, kind children, one of them with special needs, and prepare them for the world. She is active in her community, attending all meetings and contributing to decision-making in her barrio. She still cares for her eldest daughter, Miriam, whose disability has made her more dependent. On top of all this, she chose to take me into her home. She excitedly teaches me all about her country’s culture and treats me as if I were a member of her large family.

She’s a brilliant cook and makes incredible juices. I impress her because I don’t fit the stereotype of people from the United States being picky eaters. She even brags to her friends that “la Aby come de todo!” “Abby eats everything!” She usually proceeds to list a number of foods I’ve grown to like, including cuy asado con papas. She brings me everywhere with her and introduces me to everyone in her neighborhood. I am la gringuita of el barrio Señor de Burgos. She is patient with me whenever I don’t understand or can't voice my thoughts, always eager to teach me more.

I am her 6th child, the youngest by 9 years. She has always wanted the best for all of her children, and she raised them all to believe that women are just as important and capable as men. She insisted that all of her daughters have the lives they want, including freedom and independence, and she raised her sons to be kind and respectful men. She considers me one of her daughters and tells me the same thing she told my sisters when they were my age. She tells me I have to go to college, and I have to become a professional. Only then am I allowed to get married. She even told my current boyfriend that I’m not allowed to get married yet, just so he doesn’t have the wrong idea about what my future looks like.

I don’t know what I expected to find in a host family, but María is the best host mom I could have hoped for. I will miss her when I go back to my Connecticut home. I’ll miss her laugh and her tight hugs. I’ll miss the way she always tries to make me eat, even when I swear I'm not hungry, and the way she scolds me when I forget to wear shoes in the house. I’ll miss it all.