The De la Torres are an endlessly loving, patient, and thoughtful family whose priority is always their unit. For people that are so devoted to their bond, I realize how lucky I was to be embraced by them without question.

The first week with my host family I instinctively inherited the role of an observer, taking mental notes of the inner-workings of the household- my dad’s fervor for his work as a lawyer, my sisters’ synchronized makeup routines, their beagle who spends the day scrambling on the roof. Each day, little by little, I began to unravel the intricacies of the Ecuadorian culture, their household dynamic, and how the two intertwine. They were somehow willing to take me in as their third daughter the first night I arrived, while I was still processing all the sudden changes to my surroundings with a bit more caution. I soon realized there was no need to keep my guard up. I would be missing out on so much if I did, starting with my bond with my host-mom.

My host-mother’s quick, shuffling steps began as early as 8 a.m. trying to assist others while completing her tasks. If she could exist in twenty places at once, she would. She made sure our morning routines coincided, an act of kindness for me. Before my early departure for work, she religiously carved out twenty minutes to boil me tea and an egg. Subconsciously, this became our morning ritual.

Most afternoons, my host-mom took on the responsibility of taking care of her elderly parents, one of whom is hard of hearing and the other who suffers from Alzheimer’s. Her dad would cut his wife’s meat on her plate and she would then loudly repeat phrases to get her husband’s attention. My host-mom was used to going back and forth to welcome her parents for lunch, take her dad for drives and keep her mom calm and busy as much as she could. But her mother’s fleeting memory was one task my host-mom could not solve.

Esmeralda De la Torre is a woman with a big heart and fierce persona. She always tries to keep “her girls” safe. Any time I had a minor cold or stomach ache, she offered to brew Oregano tea, the cure of all ailments, even if it was a remedy dreaded by those in the house. She was so practiced in this position of caretaking, but I began to see the toll it was taking on her. I finally had the opportunity to vocalize how honorable it was that my mom tirelessly devoted herself to her parents’ health. It is a role that can be exhausting and helpless, not to mention frightening. There were days where she cried in frustration. Nights where she had to rush over to her parents’ house when they locked themselves out. Or one time she was forced to decide to confiscate all the kitchen utensils in her parents’ home for their safety. I was welcomed to see my family in their true nature- both their struggles and their proud moments. Their sharing of their family roots was a gesture that made me feel more included than I ever expected. For example, before each meal, my grandfather would sit on a plush chair in the living room and lean back to recount the story about how the great Virgin statue would perform miracles for his hometown. My mother’s side of the family is from the Province Carchi, about three hours away by car from the Imbabura Province. One Sunday, about five months into my stay, my family took me on a day-trip to visit. After knowing my host family so well, seeing the streets they grew up in felt as though I was finally witnessing a missing piece of their life story. This intimate outing left me with a strong urge to be an active participant in the family: I felt like I had become an integral member of their family. As if that was not enough, they also presented that same affection towards anybody who played a meaningful part of my life. Other Global Citizen Year fellows were welcome to come to my home at any given night; if anything, my host parents encouraged me to bring guests. My host mother even gifted two fellows, my close friends, chocolates for Christmas, to their delight. When my younger sister came to visit, they made her feel special and bonded with her instantly- one night our jokes even turned into a full-fledged ABBA concert. Later they would greet my mom with the same love, driving us to different landmarks and welcoming her in for family lunches and afternoon tea.

My family’s vulnerability and openness to invite me into their home played a huge role in why I transitioned smoothly into my year abroad. I could not anticipate what it meant to me to live with them or what it is to be without them. Given the global pandemic that is currently sweeping the world, I had to suddenly leave my home in Ibarra. There were many things left unsaid, given that I had to leave Ecuador with less than 24-hours notice before the borders closed. I had an hour to express my gratitude in a notecard-a herculean task.

I used to believe that my most formative years were behind me, but now, as I begin to reflect on how this family and their kindness has empowered me, I start to doubt that assumption. I may not have expressed everything I wanted to in our parting, yet some things are mutually sensed. There is an understanding on both me and my family’s end that crossing paths at this point in our lives is something we will always carry with us. Images of our time spent together appear sporadically throughout my week. Some days I feel a sense of loss, but I know that we will hold each others’ presence with us each day and maybe, for now, that is enough. 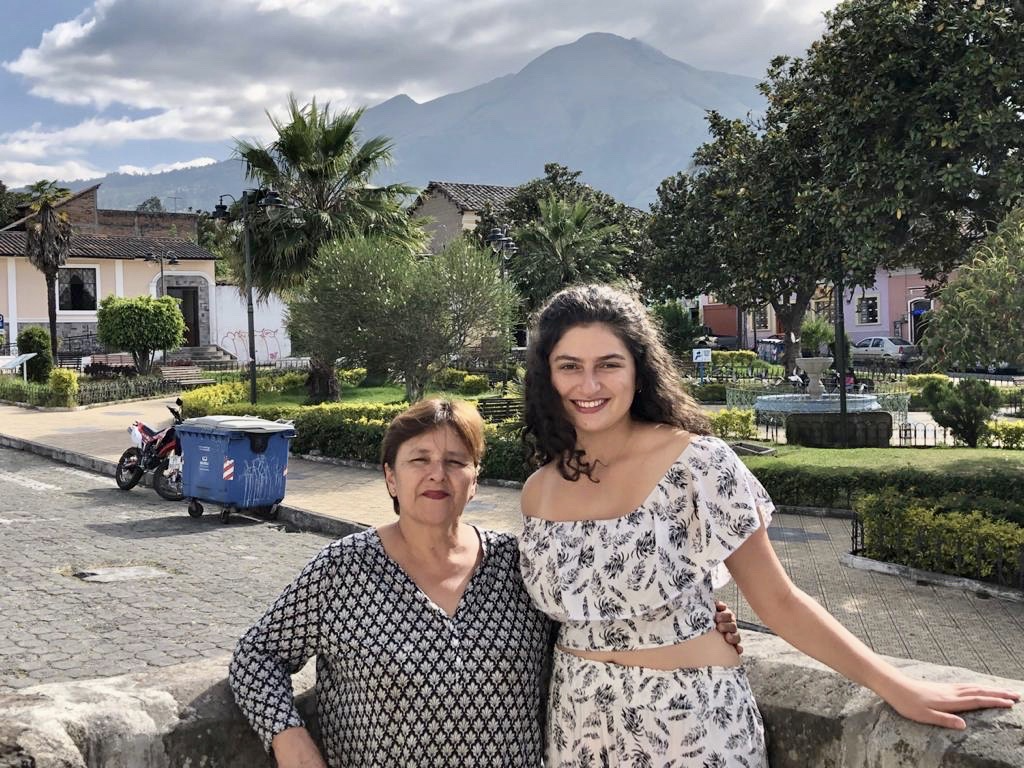 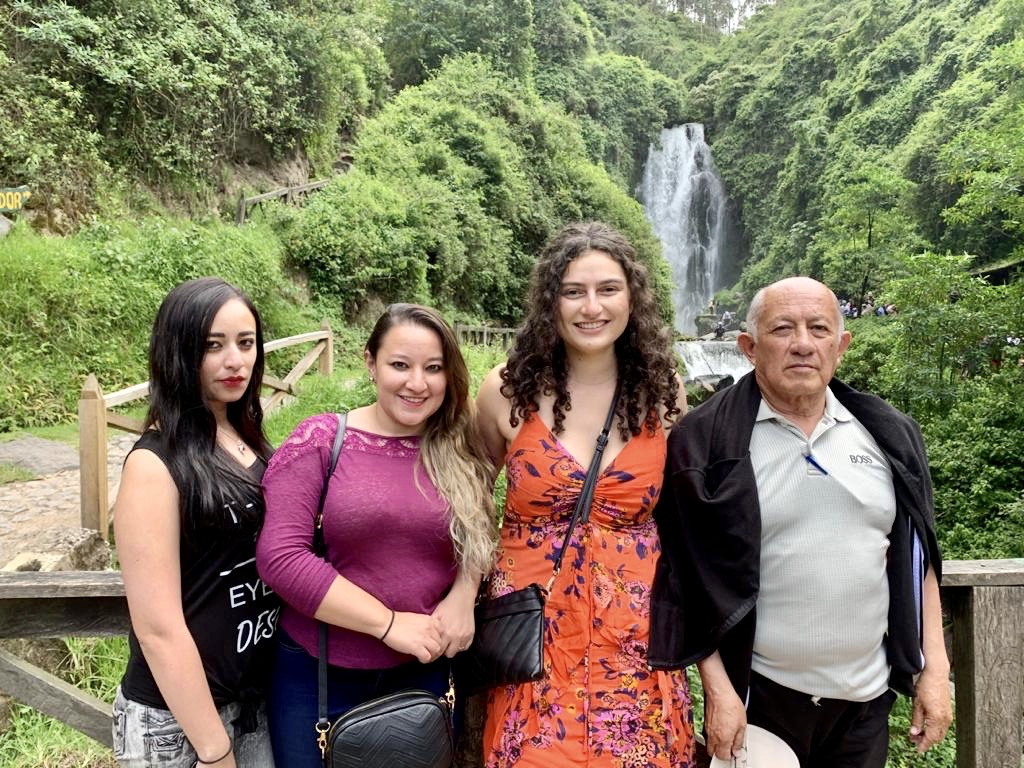 A family outing to a nature preserve and Peguche waterfall.