The kids in my school knew it before I did. By 5th grade, I was already being nicknamed mandona which is Spanish for bossy. I didn’t really start realizing it until a few years later, once I had moved from Costa Rica to Sweden, and regarded my time as so precious that I could not spend it with anybody else. I had such a need to control that spending time with friends was only done when absolutely necessary. I couldn’t plan if I would enjoy myself if I was with other people, I thought, but I knew that I could entertain myself because I would be the only one deciding. No compromise needed. This lead to self-imposed loneliness, which I luckily managed to escape by the time I started high school. From mandona it escalated to control freak, and Sweden’s very structured and efficient way of life didn’t help my habit, it strongly encouraged it. If the bus was a few minutes late, someone at the bus stop would call the central system and demand an explanation. Yes, this is the society I come from.

The urge to plan and religiously follow it grew and came with me wherever I went. It came with me during my two years at United World College in Norway, and now in Pune, where it suddenly slapped my acne-riddled cheek hard.

This unhealthy (although sometimes useful mindset) was born out of a fear of time. Time passing, time being wasted. Time is the most precious resource we have, and I just happen to be hyper-aware of it. It became more apparent as I only have 7 months in India, now reduced to 5. In my head, I must use every moment to further get to know India and immerse myself. My initial idea about how that would occur was to expose myself to Pune as much as possible. Go everywhere, meet everyone, and make lots of lots of plans. This way I would ensure my immersion. Little did I know that my nature was to be the opposite of the community I was trying to learn about.

Welcome to Pune, where plans seem to the exception. I was not aware that time had a different definition here when I first arrived; 5 minutes are not 300 seconds, but maybe more like 15-20 Swedish minutes. This was one of my first culture shocks in India. My mechanism to minimize the symptoms is that I translate every minute by multiplying it by 1,5 or 2. However, that doesn’t include the unpredictabilities. Traffic in India is internationally infamous, and accurately so. The public transport system has shown me that I can only expect the unexpected. Today I went to the other side of the city, which took me four buses, whereof one broke down somewhere on the highway and on the other the conductor told me that the bus had displayed the wrong number so I was told to get off with no idea where I was. This was actually a pretty decent bus trip. I consider myself lucky if I manage to take the bus I had intended to, which doesn’t usually happen past 10 am. Thus transportation, usually a straightforward routine in Stockholm, had become a source of anger and frustration for me. When it rains, which is for a few months of the year, the road is unreliable and public transportation balances on the edge of being impossible. In my head, I wonder how they don’t plan with the rain, just like we plan with the snow? It’s here every year! My reaction reveals where I come from; a rich, stable society that has focused on their infrastructure for decades.

But how does anything get done in a city where traffic is unpredictable and time not followed!? I ask myself this often. How do I get things done here? My ability to control can’t account for constant chaos. Thus, much of my time is spent waiting, which in my mindset from a few months back would consider wasting, but now I am re-training myself to see time differently. I am trying to give up worrying, fretting and stressing about it. Honestly, that’s a waste of time. The waiting has so much potential for observation, for introspection, for random meetings with local people, all of which I am blind to when worried. My hopes are to become more patient and have less fixed expectations. To loosen the strings of my schedule and allow for organic change, hopefully creating space for new opportunities. What is life if everything is predictable and controllable? It is not anything I would want. And yes, what I just wrote is romanticized and hard to execute. My nature still tries to make plans while I’m not looking, by incorporating wiggle room for the unpredictable factors. The change in my mindset will not come in a month or two but it is something I will work on more or less throughout my life. Things will happen, even if they’re not according to plan, I tell myself. When my host dad says that we will do yoga in the morning, that might or might not be the case. That’s okay.

Somehow Pune keeps going, through unexpected floods to blockades made by masses of people celebrating a religious holiday. How? It remains a mystery. I am glad I have 5 more months to learn from the locals, and instead of fighting their ways, I will try to adopt a little of  Pune’s flexibility and grow out of my 5th-grade nickname.

The bus that never came: 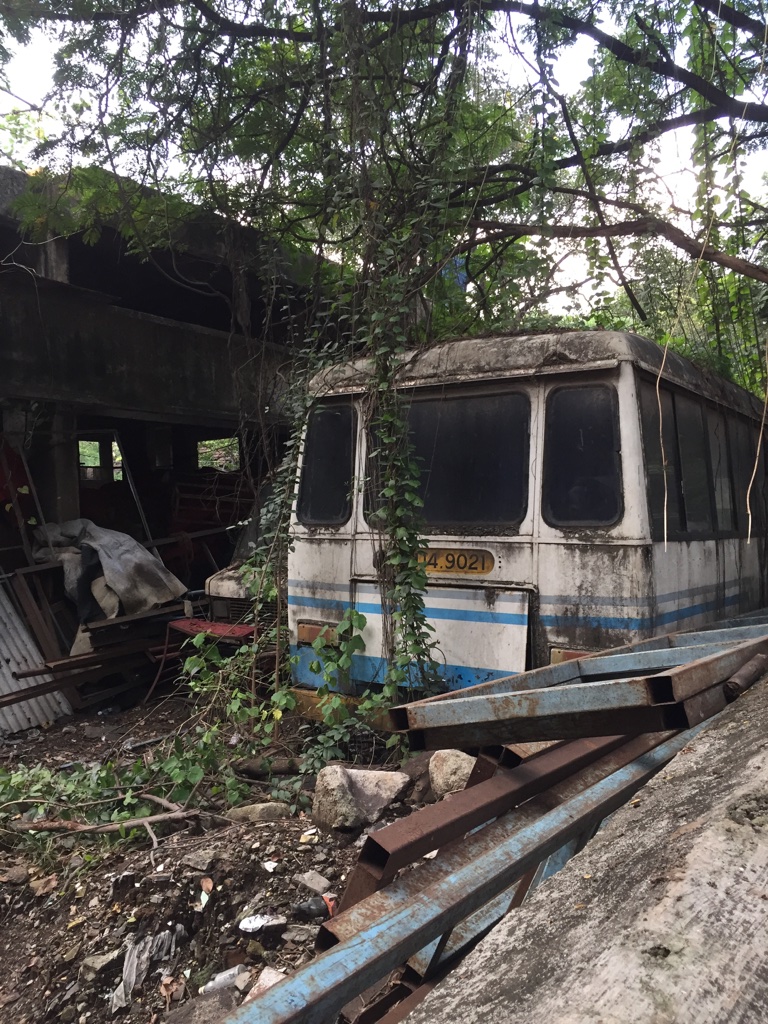 Celia is passionate about languages, music and the outdoors. When growing up she spent most of her time outside in the tropical jungle of Costa Rica, if not playing the flute or singing. She is a UWC student involved in feminism, vegetarianism and overall social and sustainable development. In the future, she wants to work with the development of educational systems, as she sees them as the root of social change. Her goals for the year are to gain a deeper understanding of Indian culture and herself, become even more inspired to work with education, learn as much Hindi as possible, feel belonging in a place where she normally wouldn't and, very importantly, to make memories with people whom she will never forget. Her favourite quote of all time is: "Change is the only constant" by Heraclitus, as she sees is as undeniably true.