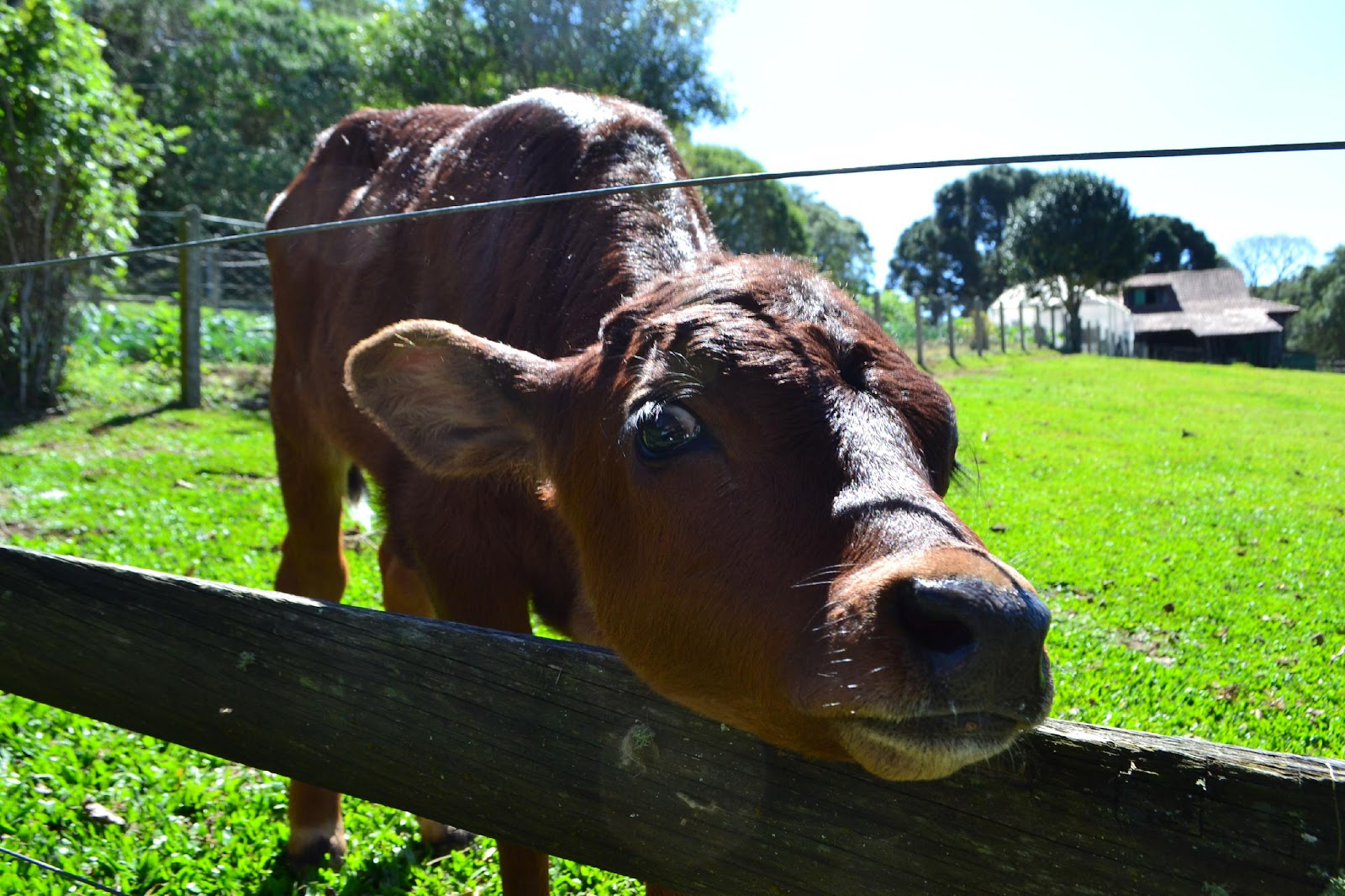 Alright, so what the heck have I been up to?!
Well, it’s officially been a good 45 days since I’ve arrived in Brazil and holy cow I still can’t believe it!
A pond arrival we landed in Sao Pablo just to flight over to Curitiba.
The first week was just so perfect; we stayed in this beautiful hostile on a farm surrounded by hills and natural beauty, where we then kayaked, zip-lined, rock climbed, & somewhat had a bon fire.
Life was quite all right. 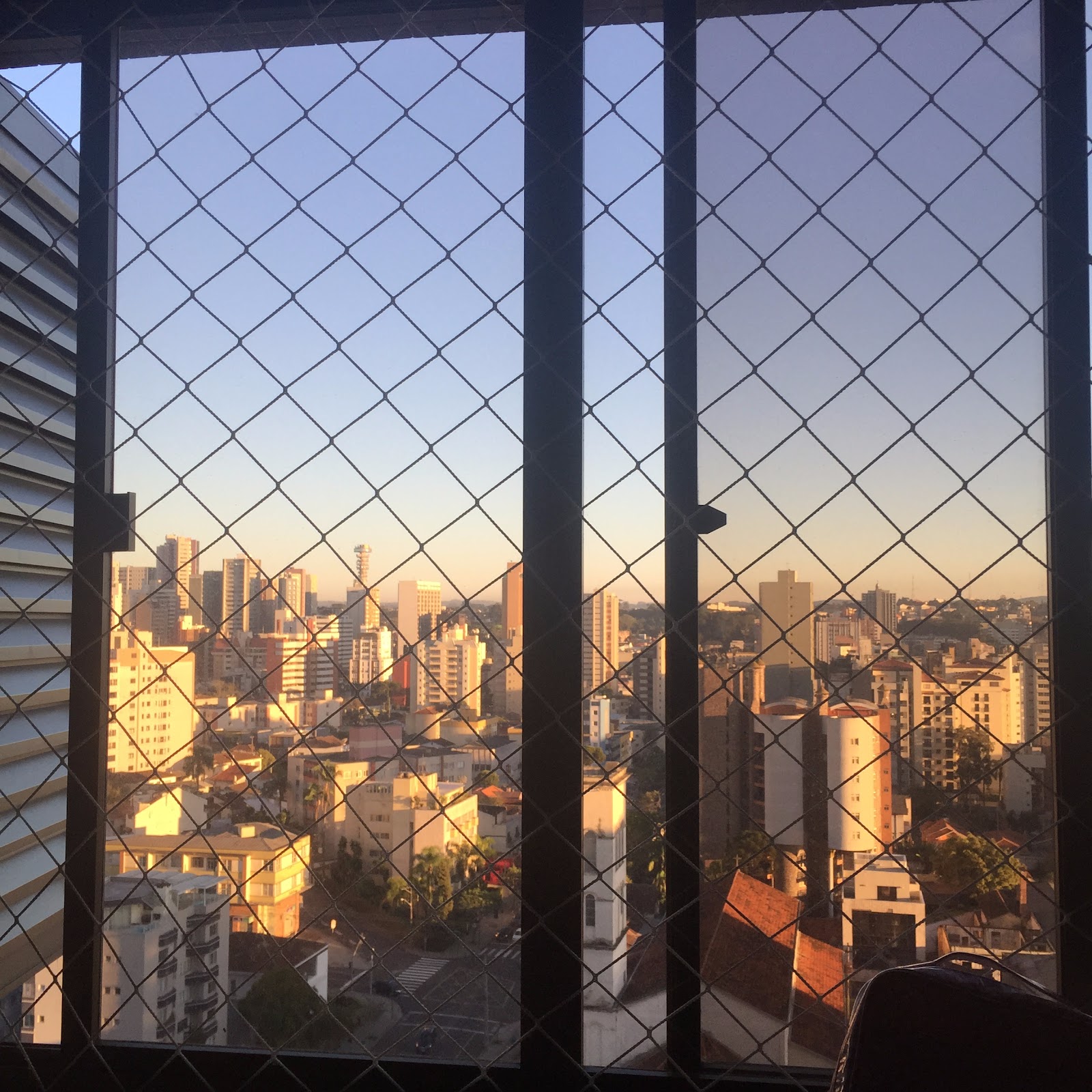 Lets fast forward to my official week with in the actual city of Curitiba, where I stayed with my first host family; I was expecting to arrive to this loud colorful city, with super friendly Brazilians, and an instant culture shock, but to my surprise the city of Curitiba was somewhat different from what I had in mind.
Don’t get me wrong Curitiba is beautiful, and the people are nice but I found it to be very “Americanized” to which at some point had me feeling like I never even left the states. 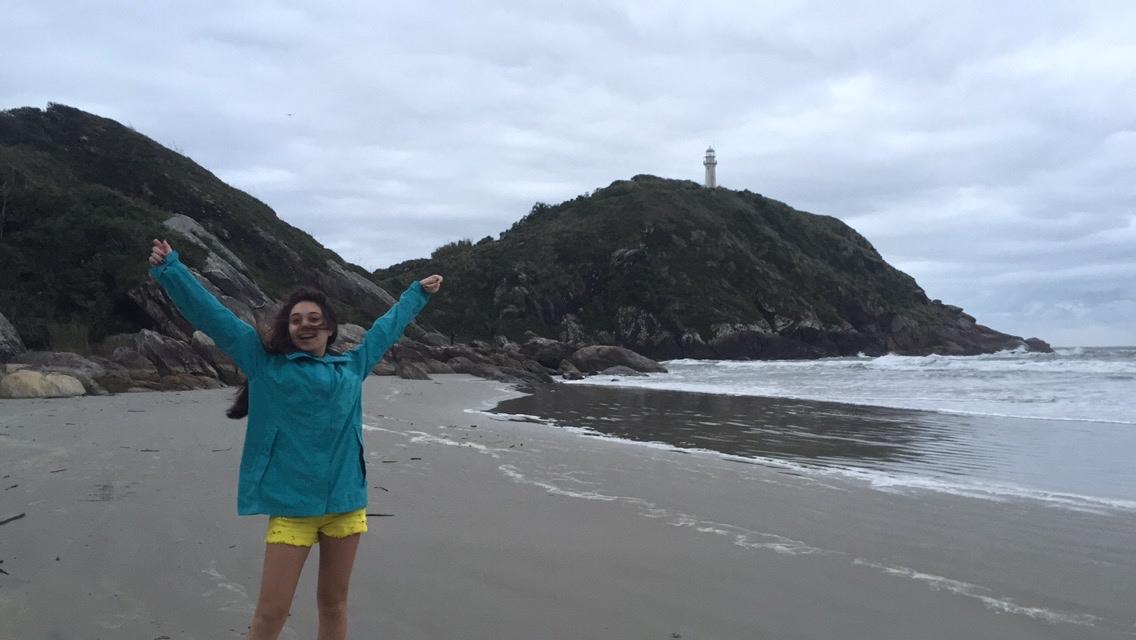 For the first three weeks I was in a complete honeymoon phase, I was placed in a pretty well off family in the center of the city. I had a father who was a doctor, a mother who worked in skin care and four siblings (Felipe 17, Valentine 10, Maul 13, & Barbara 22). (If you guys are reading this obrigada, for giving me the best three weeks!)
Living in the city was;
Getting lost multiple times,
Taking intense Sertanejo classes – as well as Portuguese lessons,
Visiting the “famous” garden of botanical,
Spending the holiday weekend at the families beach house,
Boat rides to “ilha do mel”,
Discovering Brazilian markets- which has just about everything,
Late night “chuhasscos” – BBQ,
Oh and of course getting attacked by mosquitos,
But let me just state again, this was a complete honeymoon phase. 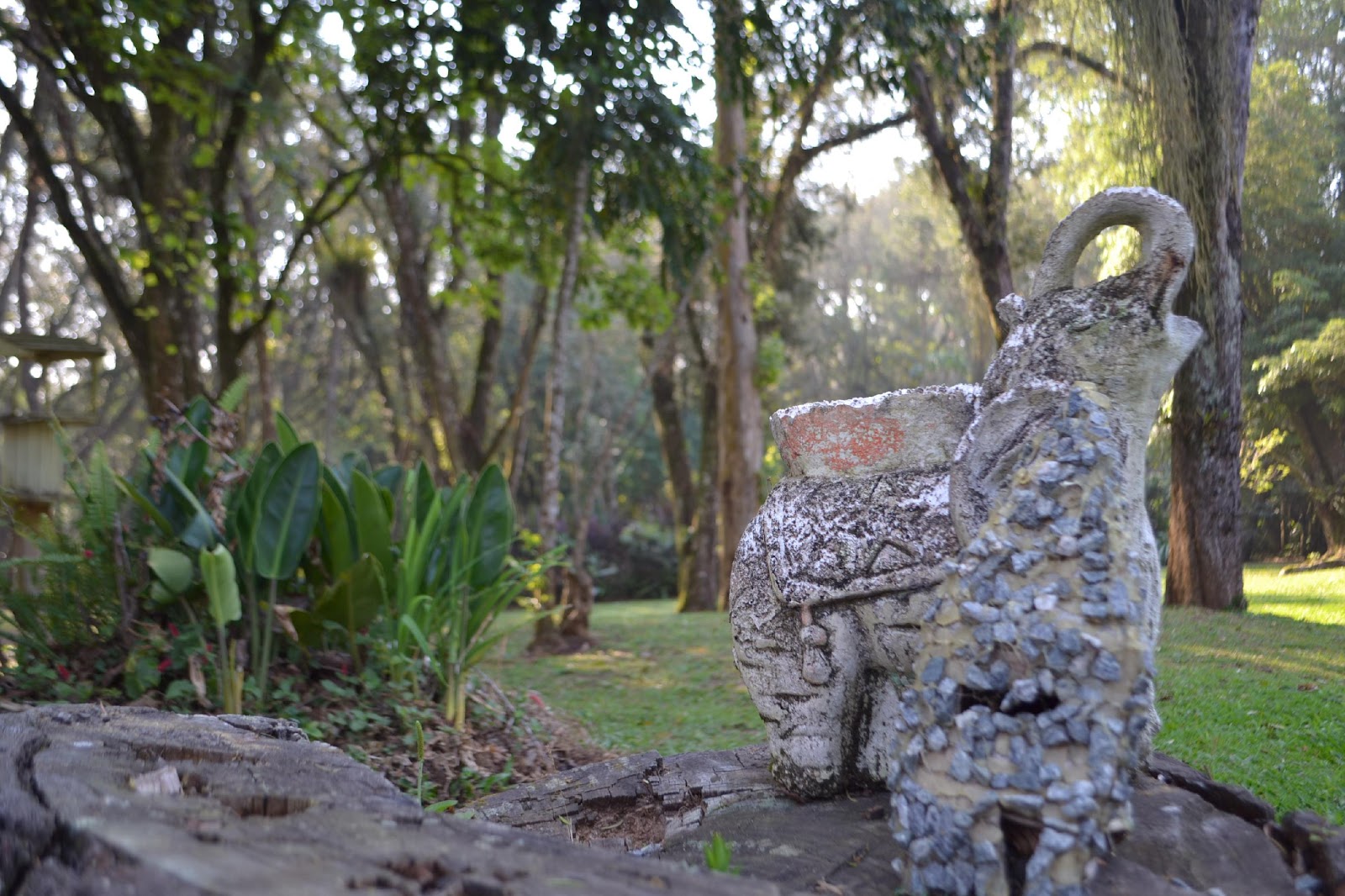 I am now living in a small town right outside Curitiba called Campo Largo, where everyone seems to know each other, and stray dogs rule the streets.
I live with two lovely Paraguay/Brazilians, Myrian (mother, 58) who is originally from Paraguay & her daughter (Lyrian, 40), I might be living with just two but my extended family here is huge! Once it hits dinnertime Myrian’s children and their children -who all live very close- join us in the house to eat. 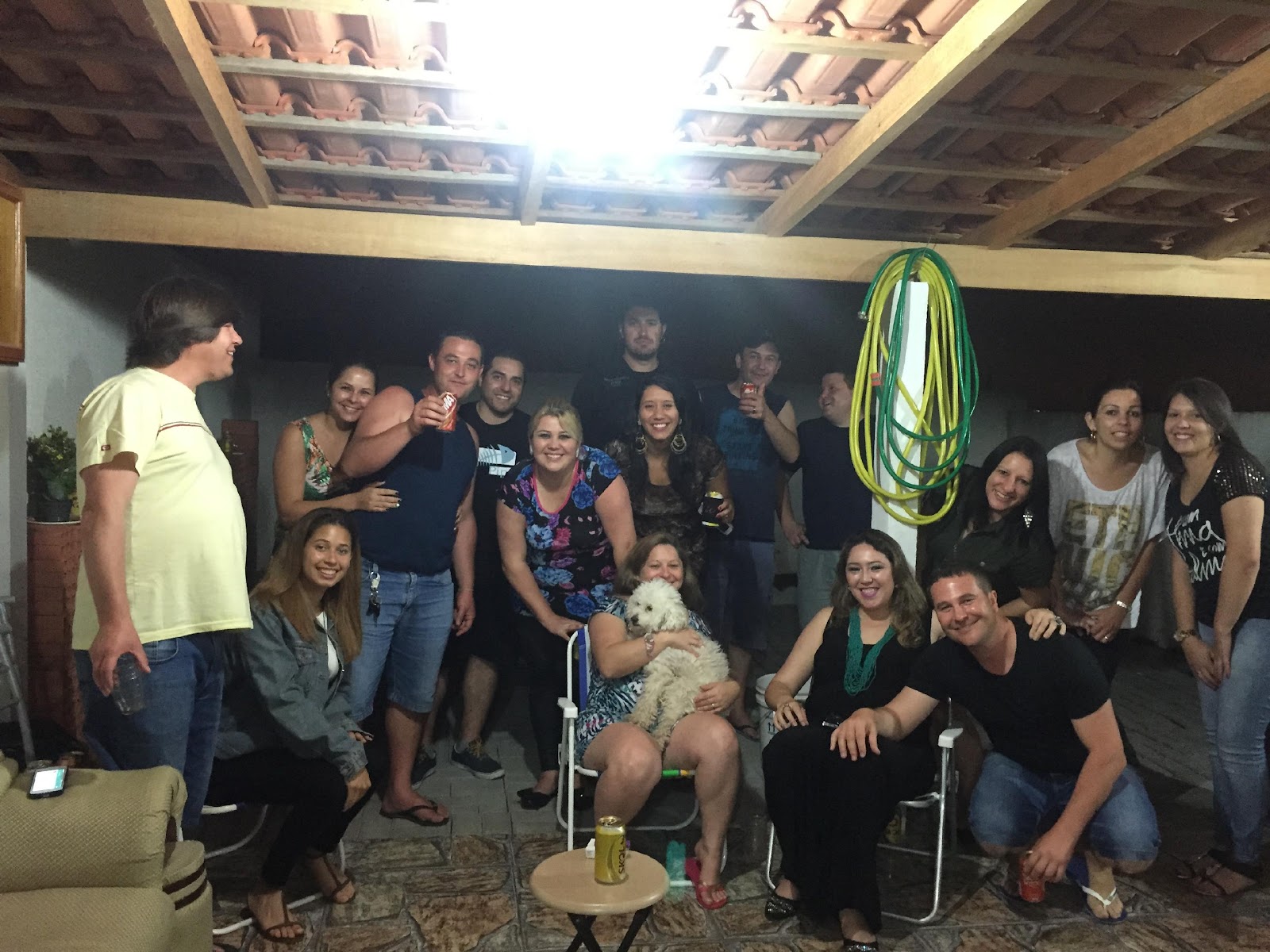 I feel like every night someone is having a Churrascco (BBQ) so it’s been normal to stay up until 3 o’clock in the morning drinking, dancing and telling stories.
~
Here in Campo Largo Café da manhã (breakfast) is usually just pão integral e chá (whole grain bread and tea). While typical meals consist of; arroz e feijão preto (rice and black beans), salada (salad), palmito (this whitish root), Macarrão (pasta), Pão de queijo (cheese bread) and farofa (cassava flour).
Oh I also forgot to mention, we eat cake on the daily.
So I am mentally preparing myself for those “before and after” pictures,
If you know what I mean. 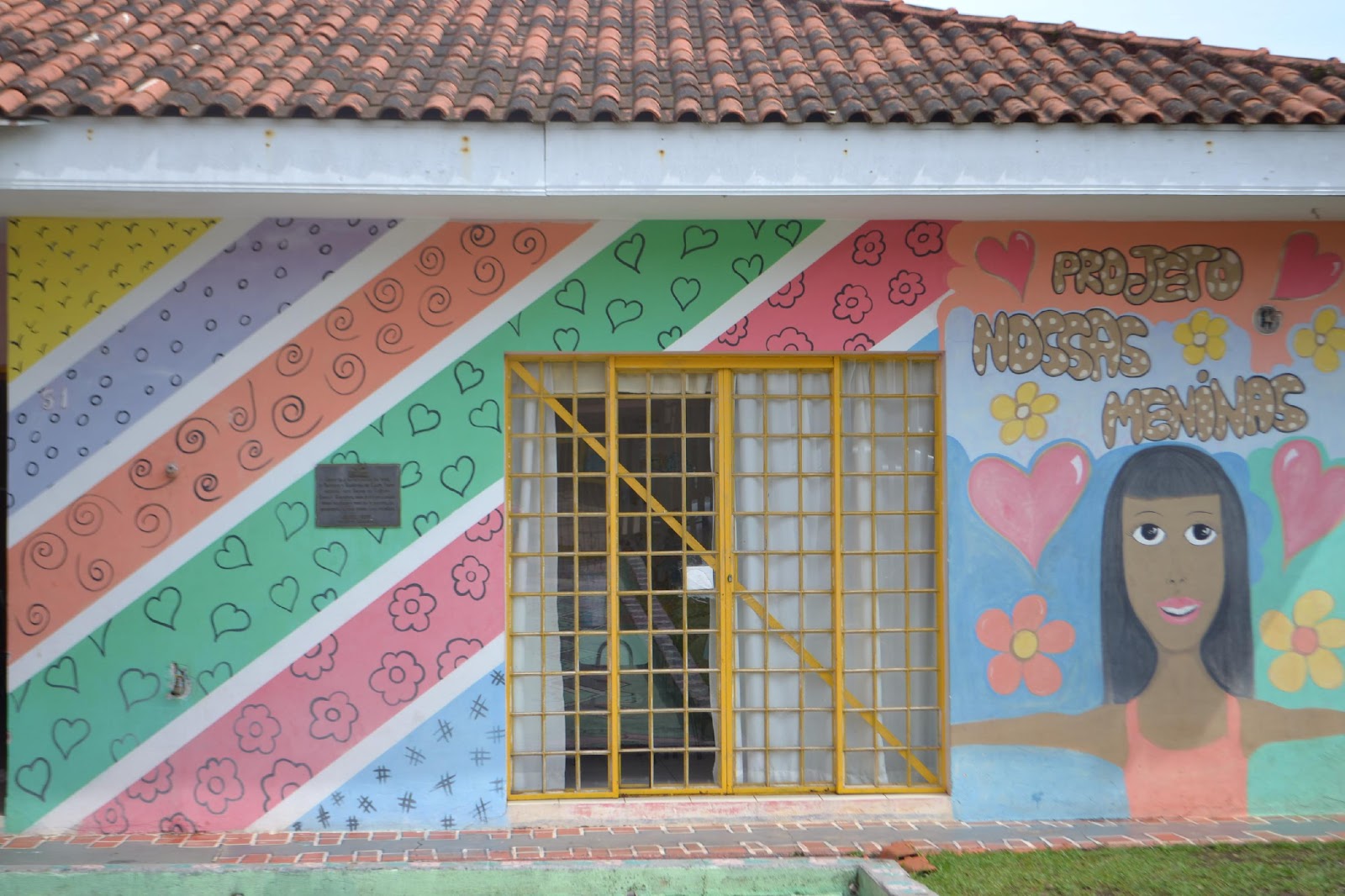 Apprenticeship;
So let me start off by saying, I am not the best with children.
For about two weeks now I have been working six hours a day at a place called Projectos Nossas meninas, which is located directly in front of my house. Nossas meninas is a project for young girls ranging from 5–13 years old that are struggling within their families who may be in risky situations (whether it’d be physical, drug abuse or financial issues). My job here is to support them mentally, show them that they are beautiful & that they are loved.
I was told I would later be giving them English lessons as well.
My first day here was so beautiful; the girls got all together and choreographed a dance for me with the song “ Summer Nights” by Grease. Seriously the cutest thing!
Even though it is a fun environment, there are some things that have been bugging me.
The girls call me “pro” – short for professora – meaning they see me as a teacher, while the staff members treat me as if I was one of the little ones.
I’m sure they don’t mean to do it in a bad way but it’s a bit frustrating at times.
Also the director is currently on strike, so most days I find myself not doing anything but occasionally playing with the little ones.
(Which I guess is my job? But I honestly cannot wait until I start teaching English.)
But besides that I recently found myself a new apprenticeship on the side, at this place called Casa do Cultura de Campo Largo.
Even though I just started to get to know this place I am immediately falling in love! Casa do Cultura translate to “house of culture” & that’s exactly what it is,
It ranges from Afro-Brazilians to Italians to Polish culture.
My job here will be to assist the teachers and help in putting projects together.
~
Here’s a video of some clips i put together through out the month, check it out;
Where are you now, Brazil