It’s All About the Cows

It is hard to pack everything that has happened in these last few weeks into one blog post. I mean it has been a pretty eventful time filled with walking my cows, making some incredible friends, and getting E. Coli. So where do I begin? I guess I can talk about the cows.

During the first full day with my host family they asked me if I wanted to go on a walk. I grabbed my shoes and was told to grab a hat, you need one in Ecuador, and walked to the street. There I saw my Mamá, Abuelita, and two sisters, each sister holding a rope leash with a cow attached. I was then introduced to both vacas, or cows. The brown smaller cow I learned is Canella and the white and black cow is Lola. After our introductions, we were off. 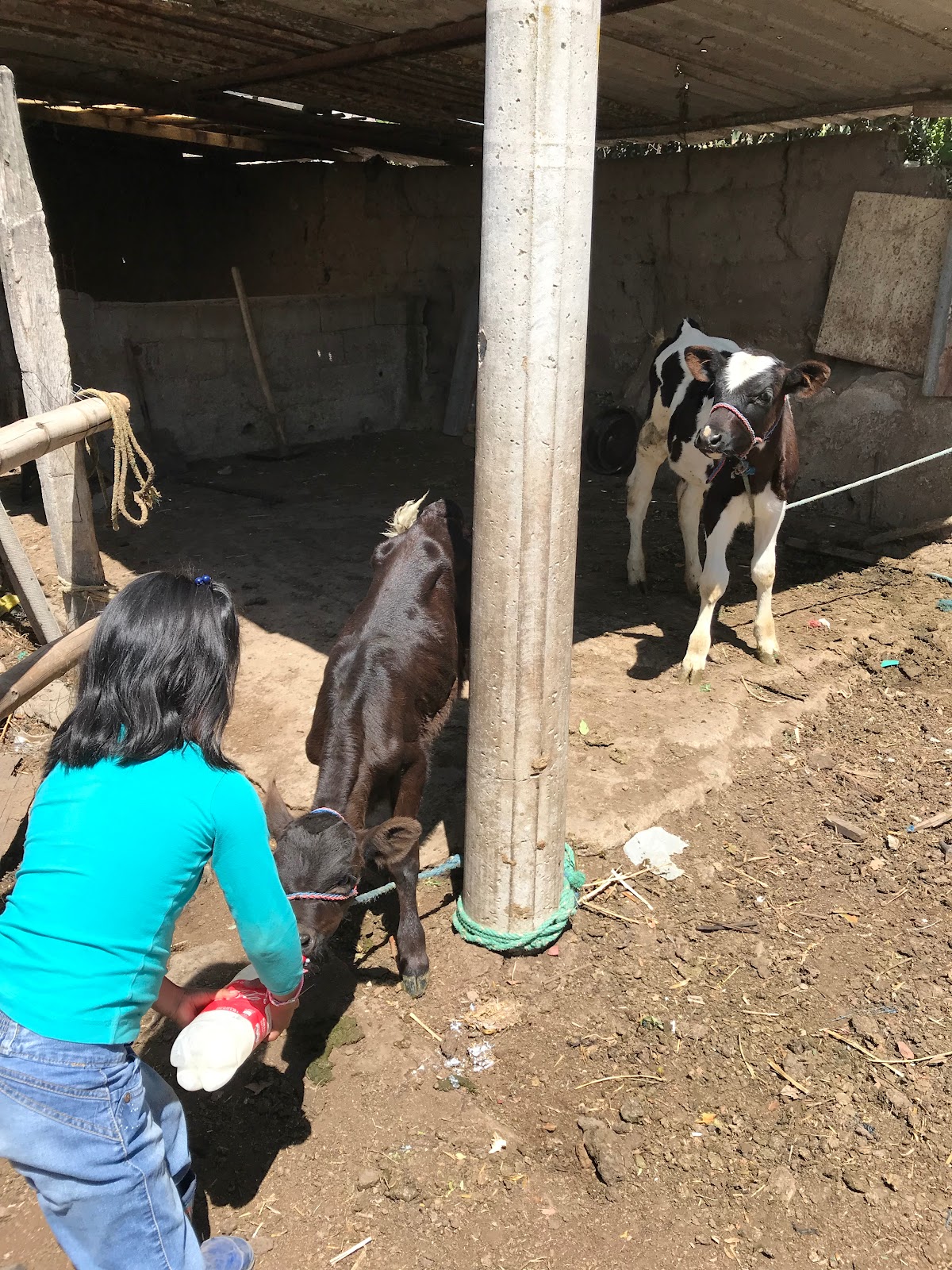 Walking down the dirt road in my capris I learned two things very quickly. One, is that my family thinks I walk unbelievably fast, and two, don’t show off bug bites to incredibly caring people. I think all of them individually asked me if my legs were okay because I had THAT many bug bites. They then asked me if I had gotten the bites in our house, which I had assured them I had not. The bites have still not fully healed and we still have this conversation. Other than talk of my bug bites I was silent, taking in how beautiful it was around me. Every turn we took became more beautiful as the view became less and less obstructed.

We finally ended up at a gate at the end of a long road with only two houses, and all I could hear was a dog ferociously barking. My little sister just laughed and said “Negro” which, as the door opened, I chuckled to myself thinking that was a pretty spot on name for a black dog. Finally looking up from Negro, I was taken aback by the view. I think Canella and Lola might be the luckiest cows in the world because they get to graze on this beyond beautiful pasture. 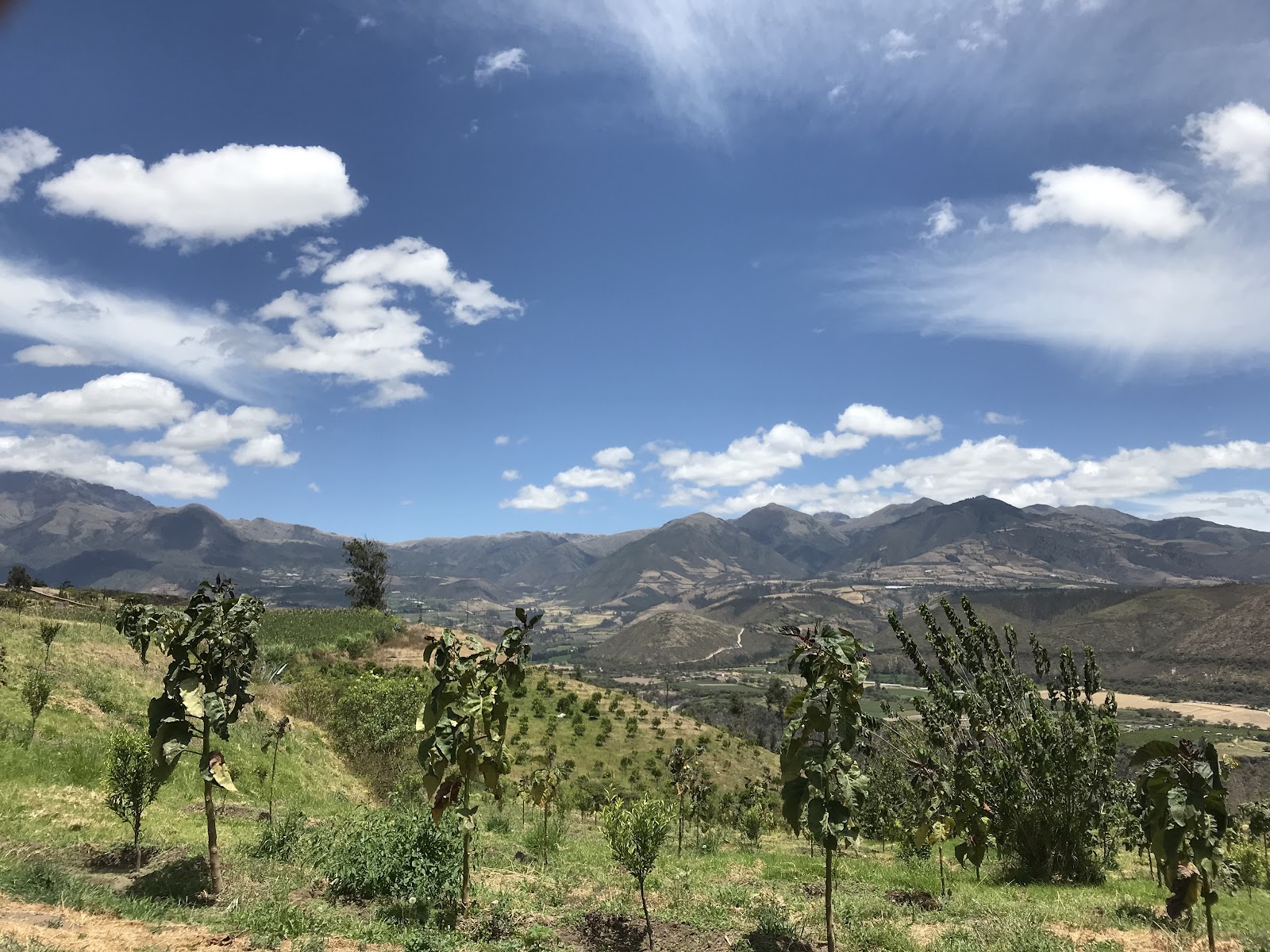 We then walked over to where they thought was a good spot and Mamá and Abuela tied the ropes to the grass so the cows could stay overnight and eat as they pleased. While they did that, my sisters and I looked out and took time to just appreciate the view. We even took our hats off to see more of what was around us. I felt at peace in that moment. Just looking out and knowing all I had to do was sit and take in the beauty with my family. We did not need to speak the same language to value all we had around us.

After our relaxing time was up, it was time to feed the cows. My sisters eagerly rushed over, pointing the nozzles attached to Coca-Cola bottles filled with milk to them. Yes, cows drink milk too. No, I don’t know if that’s vegan. Yes, they probably would have enjoyed some Coca-Cola too. All I know is these cows love milk but do not really love walking.

Once the feeding was done we started our stroll home where I did my very best to not speed walk. While doing this, I had time to think back on all that had lead me to this point and I knew in that moment I was exactly where I was supposed to be. I was supposed to be in Ecuador with some cows and an amazing new family. So, while I did not tell you about my E. Coli adventure, I told you about the first moment when I knew I was part of a new family. Who knew cows could be so amazing after all? 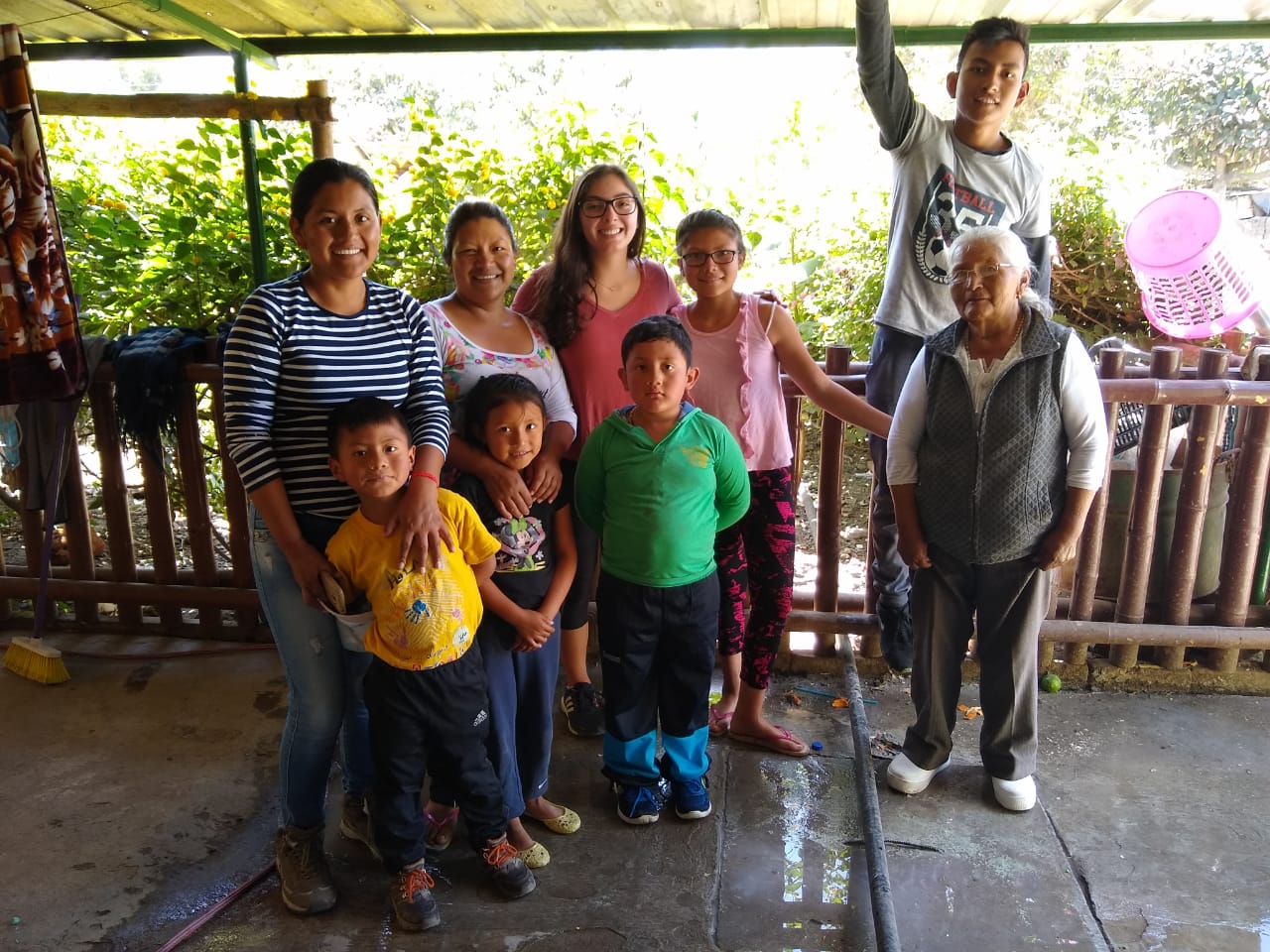 Taylor Molina is passionate about pushing her boundaries which is why she is going to Ecuador without ever leaving her home country before. Her desire to aid others, learn a new language, and adopt a new culture are three of her goals and reasons for venturing into her personal unknown. In the past, she has been involved with amazing organizations and wants to use her knowledge from those experiences to help as much as she can in Ecuador. One of her favorite projects was running a public relations campaign to raise money and awareness on behalf of the Center for Food Action, specifically the Snack Pack Program. Taylor wants to continue to expand her knowledge to truly be a global citizen as the current Fellows inspire her to be. She hopes to be able to help others during her experience abroad, while also learning as much as she can from those around her.