I Went to a Developing Country and Painted a Mural

I know what it looks like. How cliche. But I am going to call it like it is; I went to a developing country and painted a mural.

This mural was my Final Community Project, which was a required part of my gap year program. The goal of this project was to identify a problem we saw in our communities and leave some sort of impact to help address it. We were not expected to “save Ecuador,” but to give back to the communities that had given us so much.

When I began the project and was tasked to think of “problems” or “issues” in my host community, Carabuela, I must admit that I struggled. I ultimately believe that this struggle was a good thing. The glaring problems I noticed upon arrival to Carabuela have since faded into the way life works there. I believe that many “issues” were simply differences, and my American outlook had initially categorized these things as wrong, just because they were different or didn’t work in the ways I was used to. Even though my rebranding of issues into differences was valuable and important, I also believe that this mindset can quickly become dangerous when it encourages passiveness towards actual problems. So, this brings me to the real issue I started this project on: indigenous discrimination.

This is admittedly an extremely broad problem that I had no hope of solving in the span of a few short months. Discrimination against indigenous peoples is a systemic issue that dates back to Ecuador’s colonization. Culture, laws, politics, and daily acts of prejudice have perpetuated it. I, as a white foreigner, am definitely not the person to solve this. In fact, no one person can solve it all. Systemic problems are solved only when the systems themselves begin to change.

One of the many ways I saw discrimination against indigenous people was through art, or lack thereof. Art is an essential part of any culture, and historically documents the best and the beautiful. Systemic discrimination occurs in art when a group or class of people are left out of this equation. Even in the region of Ecuador where I lived that is majority indigenous, I saw their culture and people underrepresented in local art.

However, I believe that inclusive art can and should be used as a viable weapon against this discrimination. Showing that underrepresented populations are equally valuable, especially when working in harmony, can start to change systems of inequality.

So, with these sentiments in mind, I set out to paint a mural on the outside of my host school. It was an obvious choice; I wanted to match my skills with the objective and represent the population of the school, which is almost entirely indigenous. This location felt especially important to me because I saw that almost all of the drawings on posters and educational materials in the classrooms were of white, Western little girls and boys. With this in mind, I worked with faculty and students to perfect the design: highlighting the theme of indigenous pride, beauty, and interculturality.

However, even with the first day of painting approaching in early March, I still felt some conflict. I was afraid of not doing enough and felt troubled by the idea that the only physical mark I would leave on Ecuador is a painted wall. I was worried that it wouldn’t matter, and I was wanting to do more.

Yet, I had to remind myself that I did not come to Ecuador to solve problems, save anyone, or even help. I came to learn. Sure, I was literally an English teacher, (really a teacher’s aide), but I was far more the student. It was not my place to do something grand, but try my best to give back in a realistic and tangible way.

So, I did this to the best of my abilities and finished the mural on my last day of work. The mural shows two indigenous children holding hands with an Afro-Ecuadorian girl and a Mestizo boy, in front of the volcano Cotacachi, which is always in view from Carabuela. I hope that this image speaks to the unity and beauty of all people of Ecuador, amid their country’s gorgeous natural landscapes. I was thrilled with this message and the finished product, and I know that my students were, too. From the very start of my one-and-a-half month painting process, students would make daily remarks ranging from “Va a pintar sus pies?” (Are you going to paint their feet?) to “Qué bonito!” (How beautiful!). I believe that this latter comment is the sentiment they will carry forward, and I hope they know that their culture is as beautiful as they see it in this mural. Perhaps someday, one of my students will go on to create art like this that depicts the pride and beauty of her indigenous identity, and maybe–  just maybe– she will have my mural in the back of her mind. 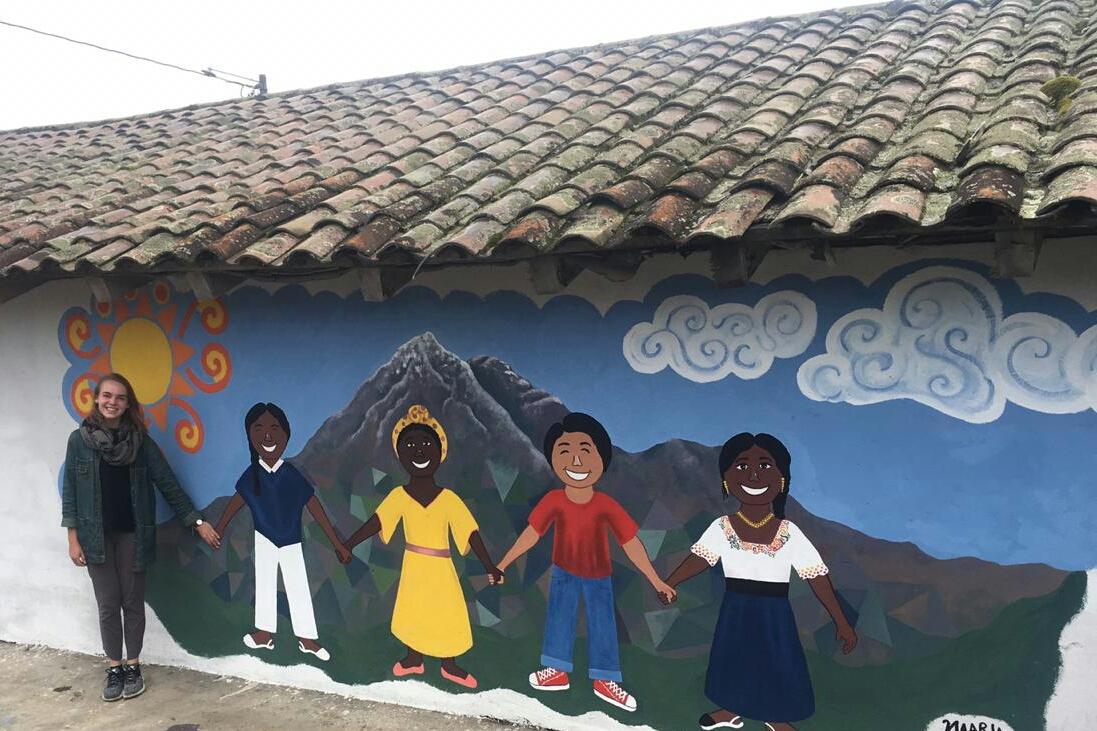 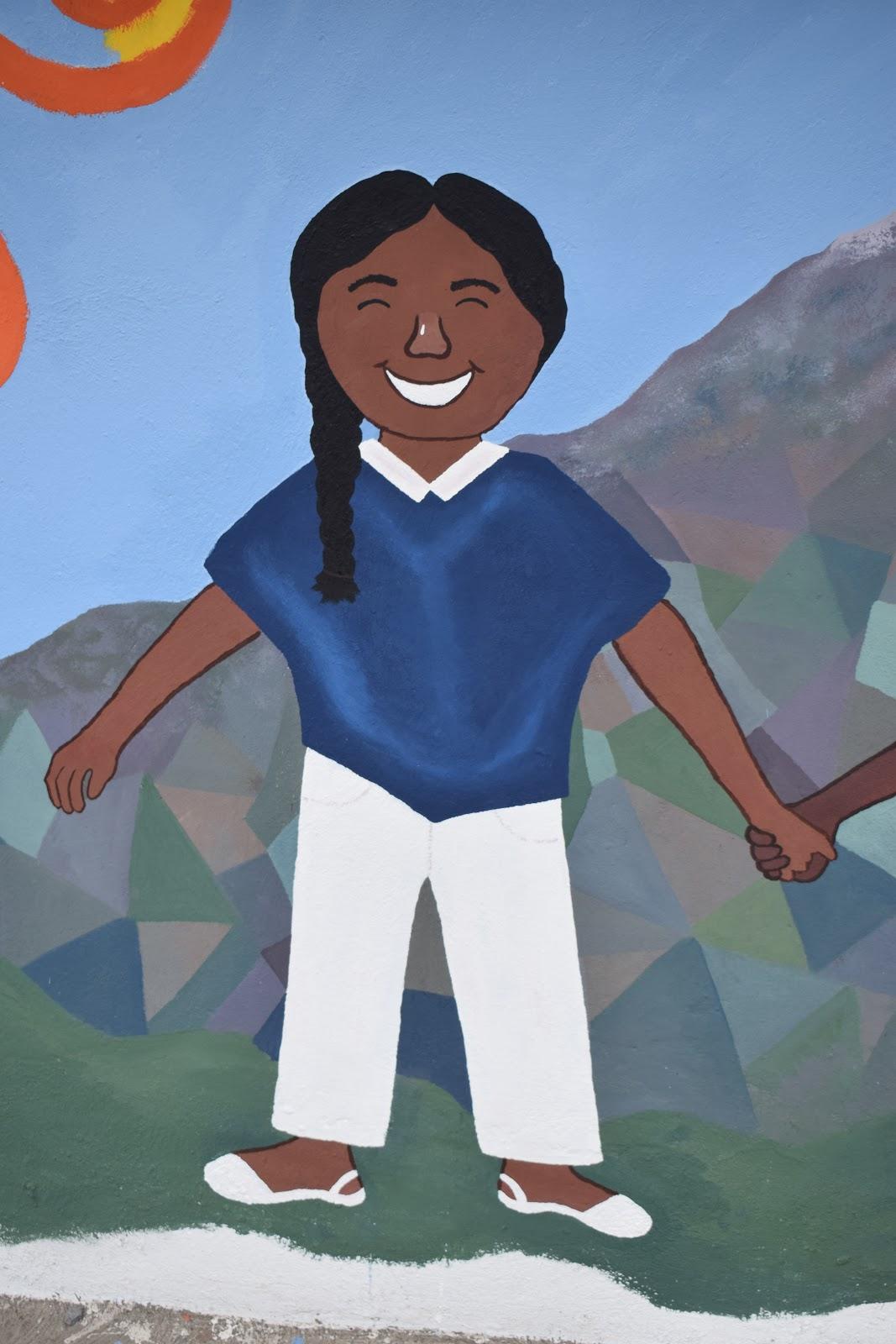 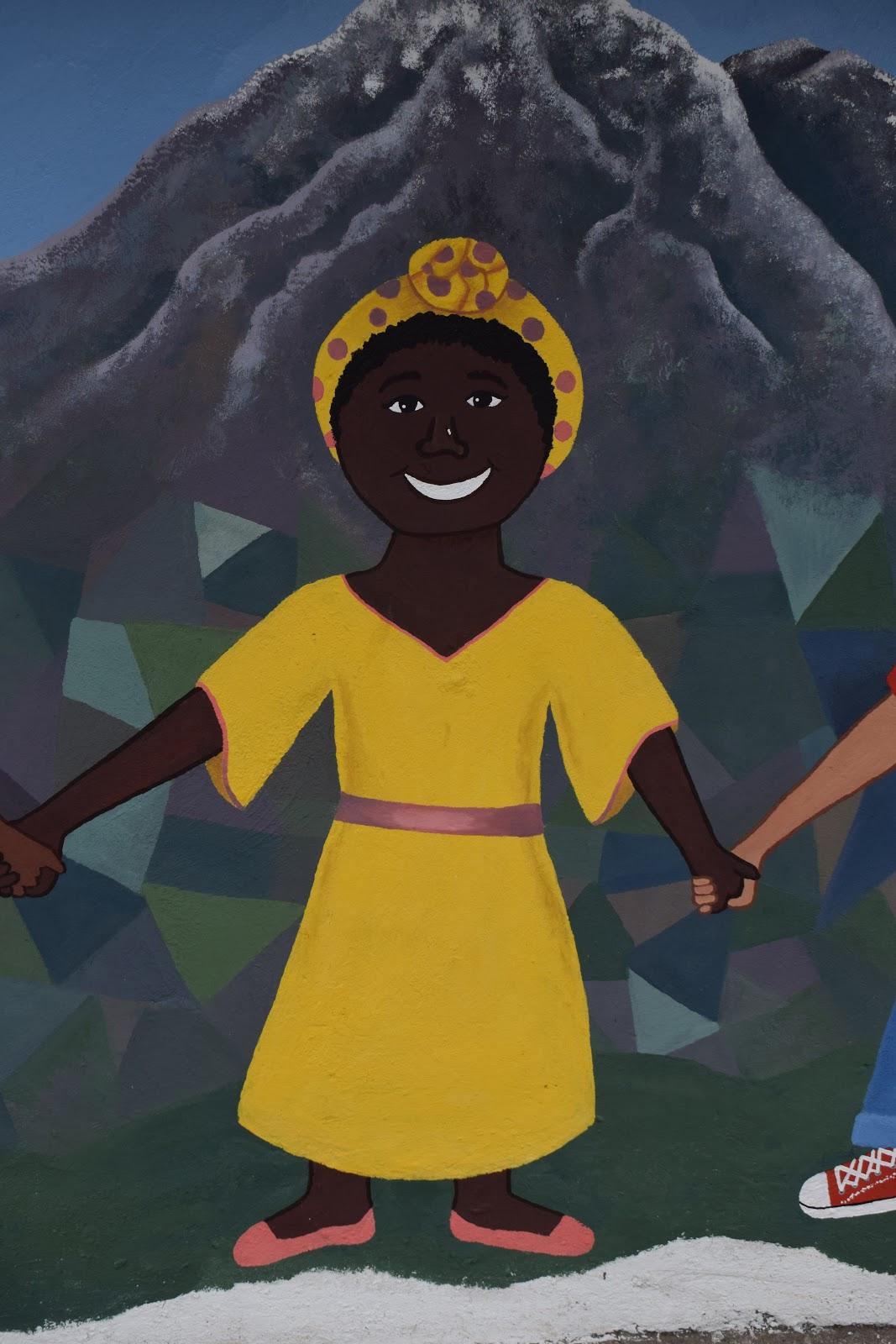 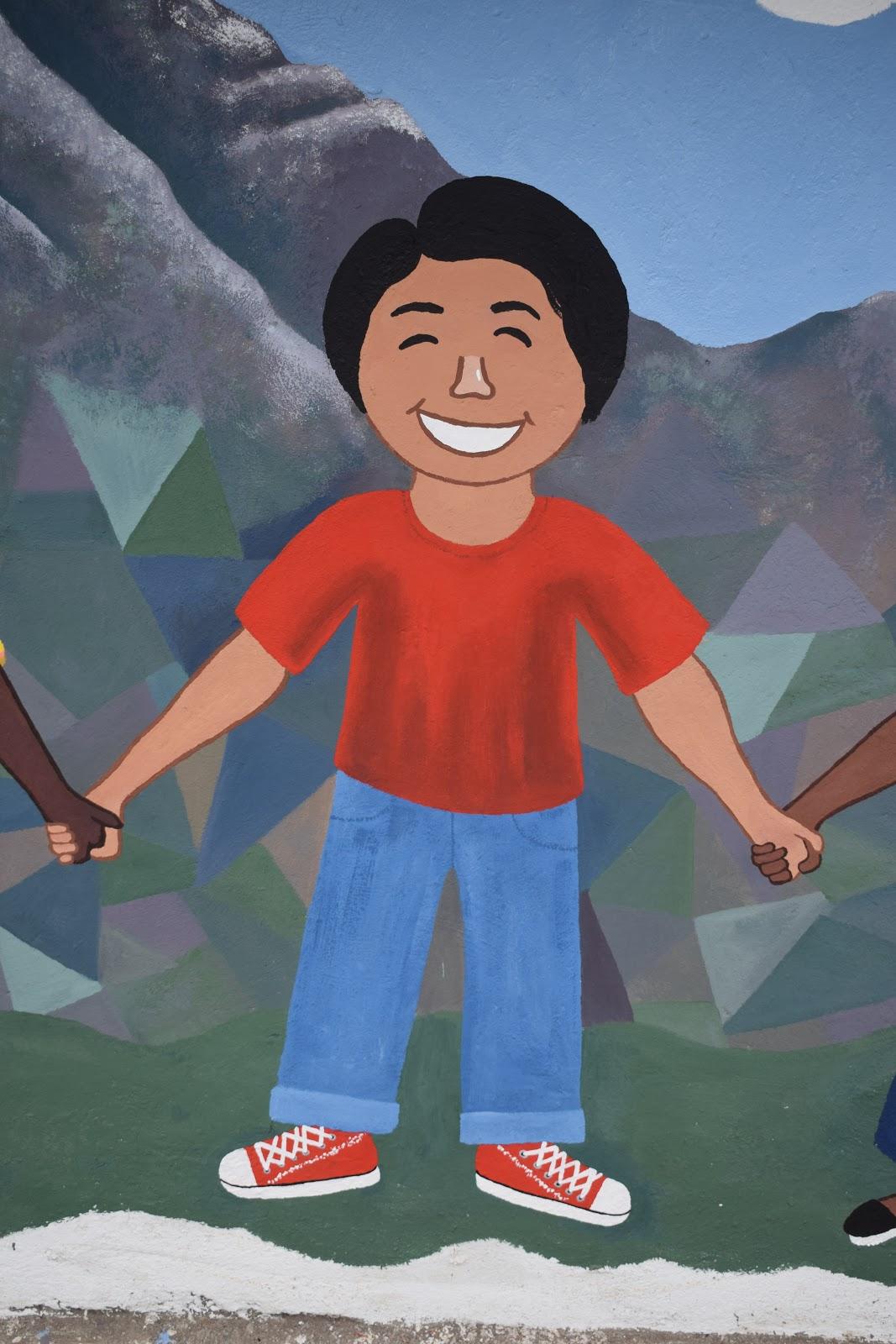 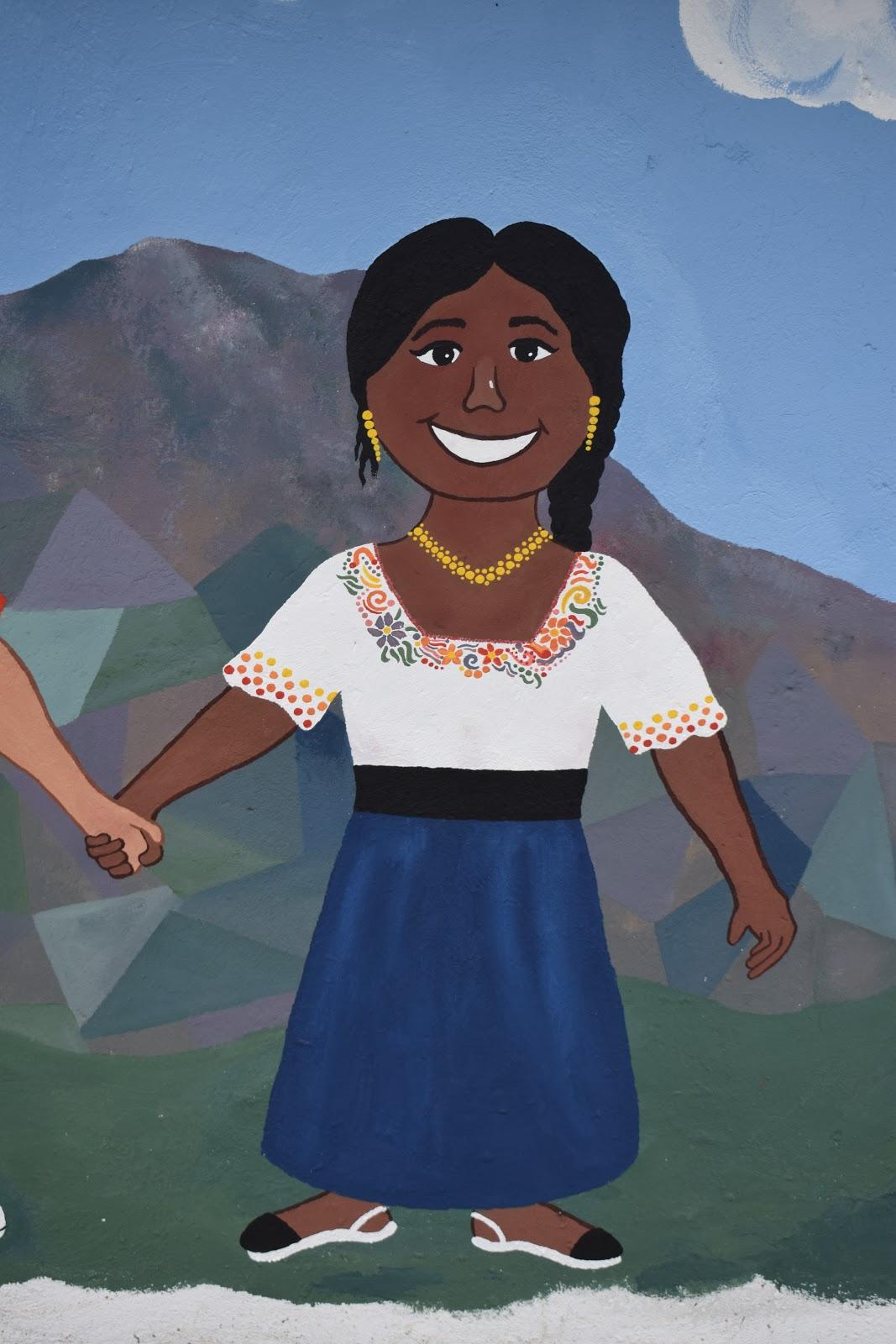 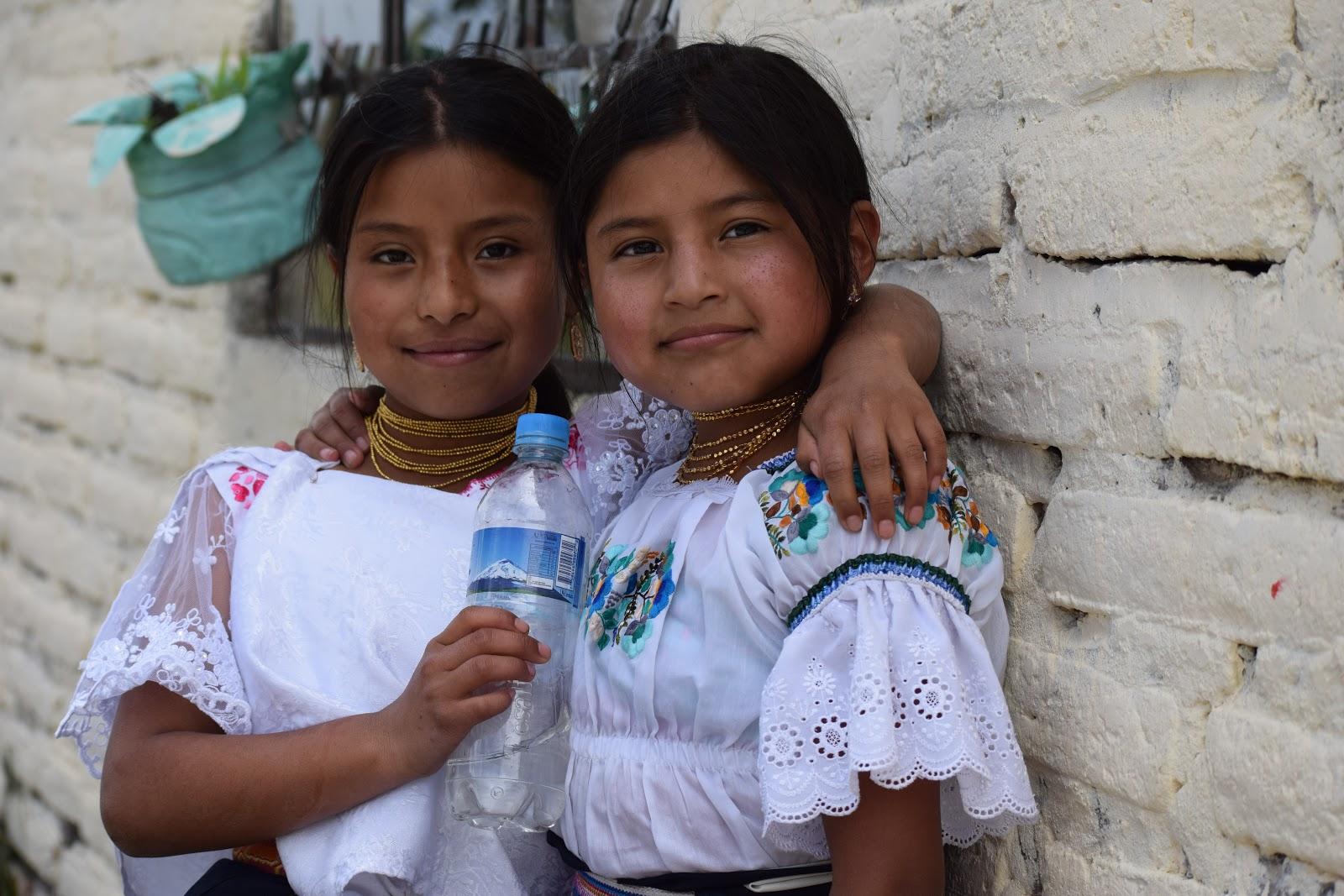 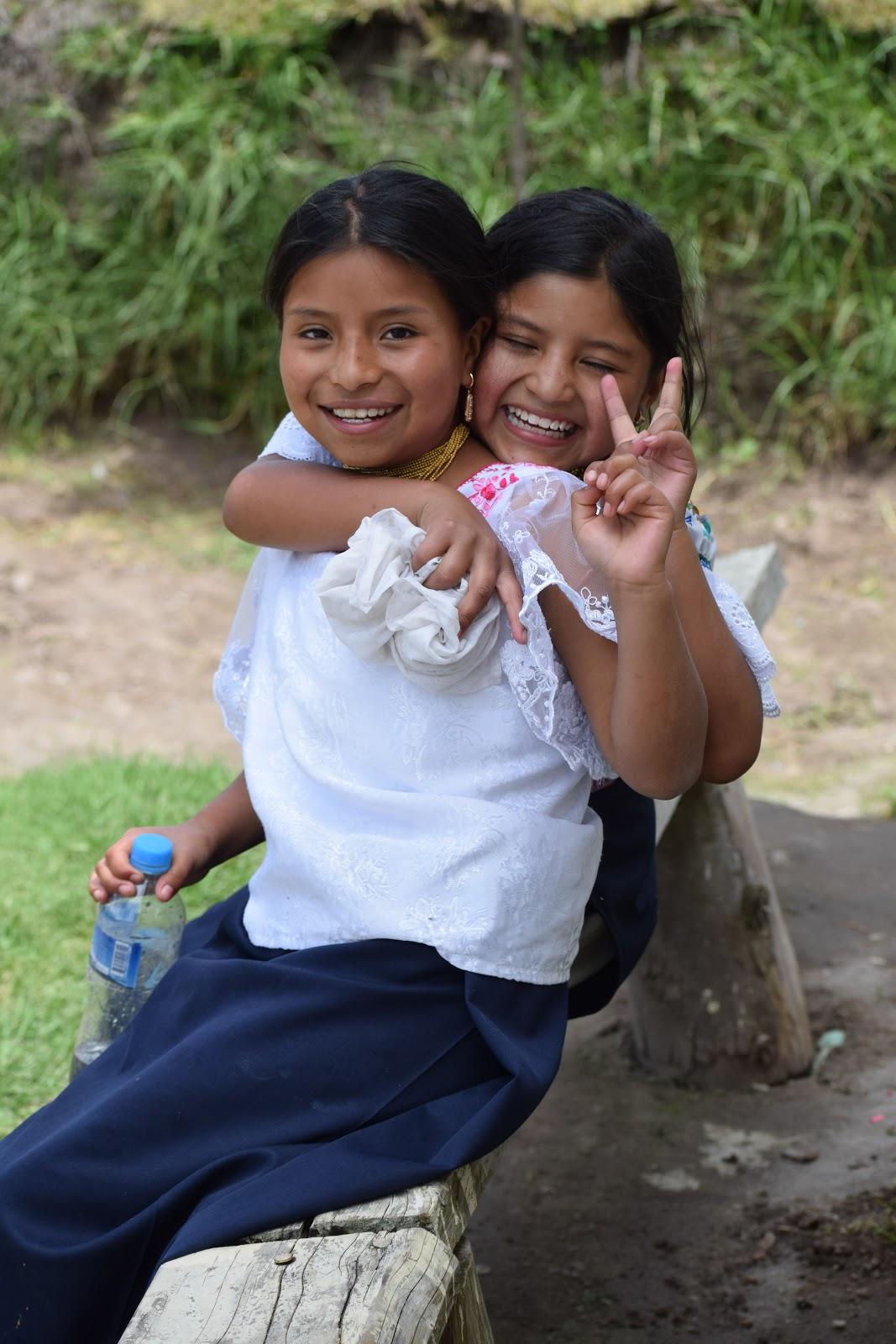 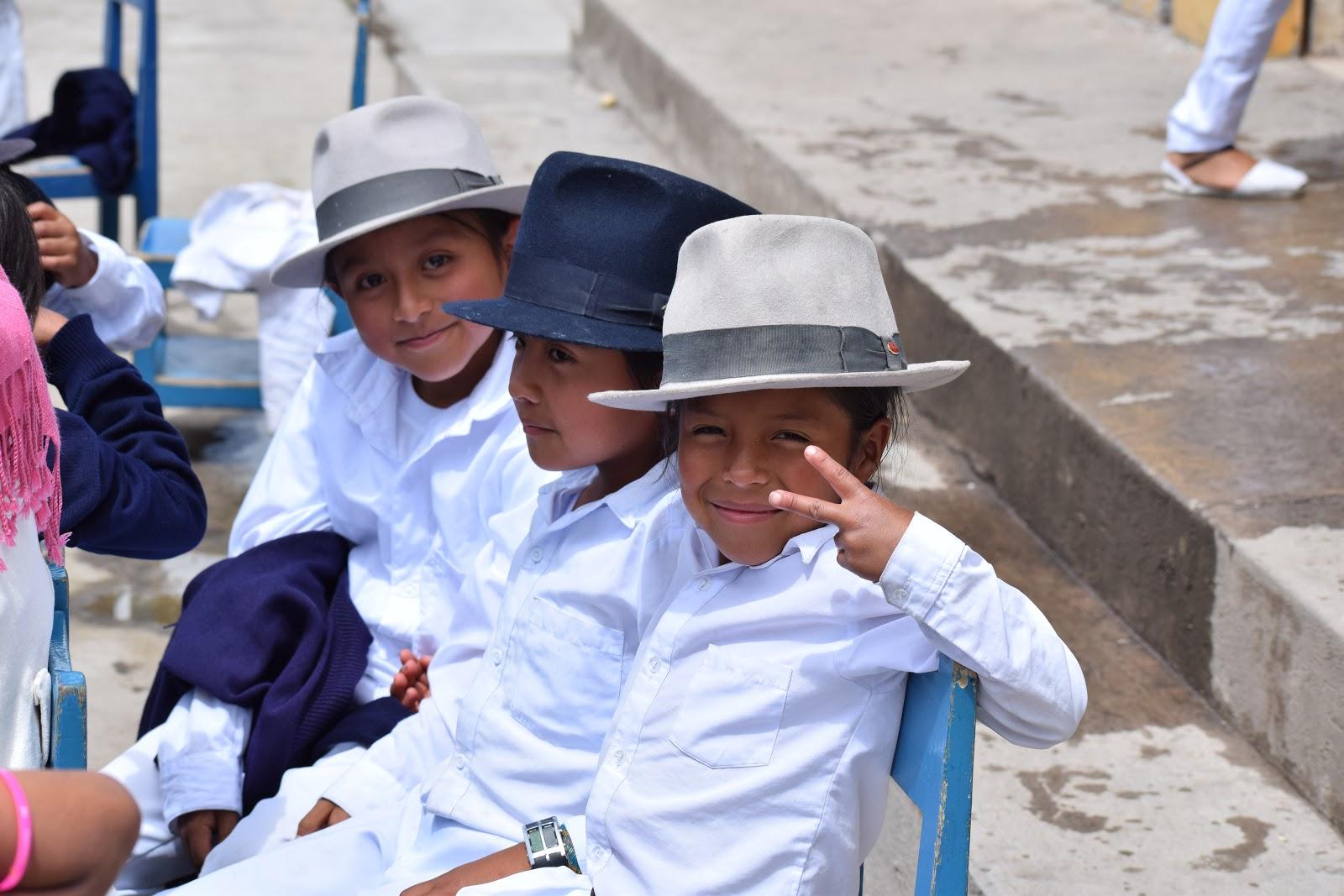 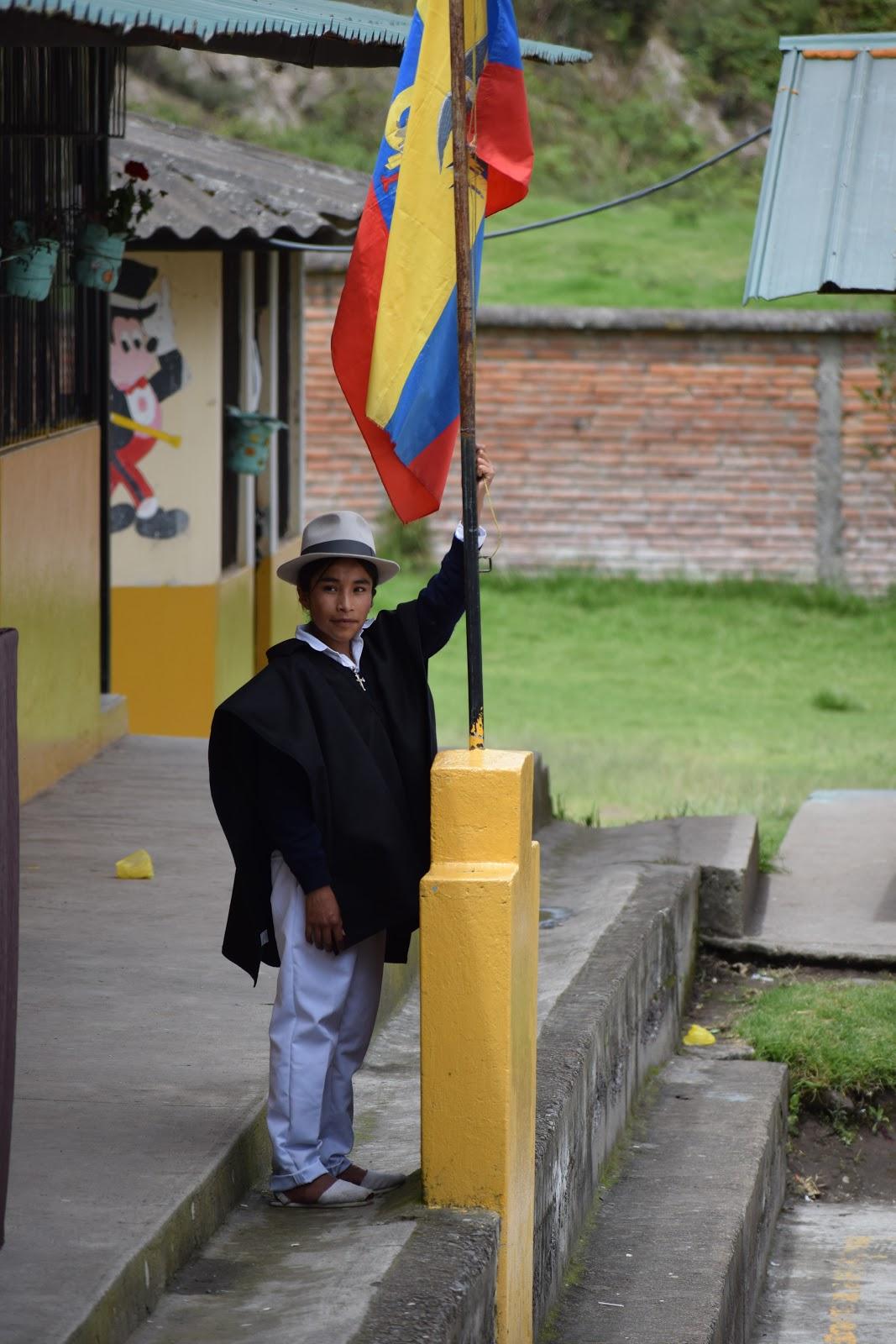 Photos of some of my students in their traditional indigenous dress, looking very similar to children in the mural. 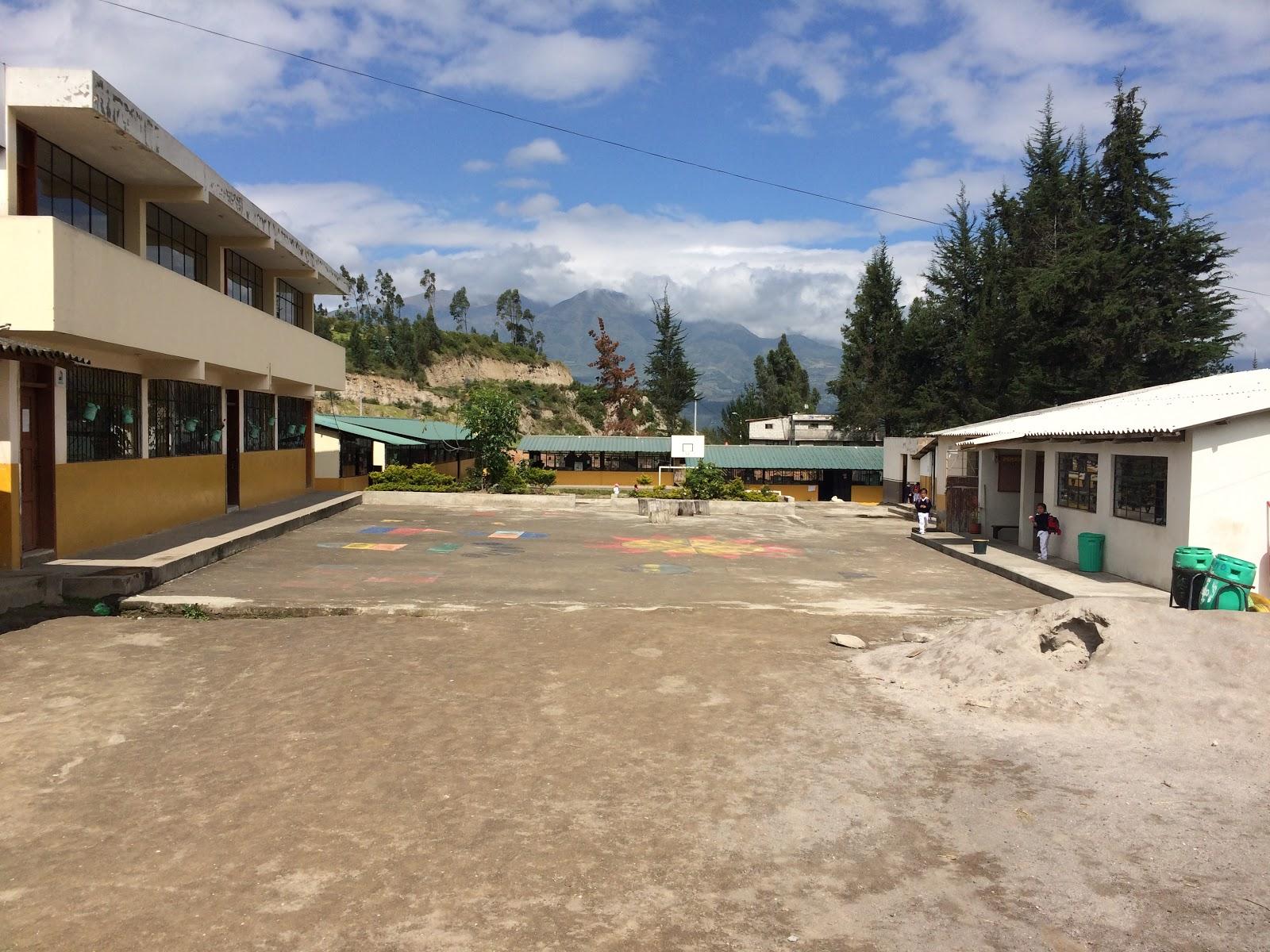 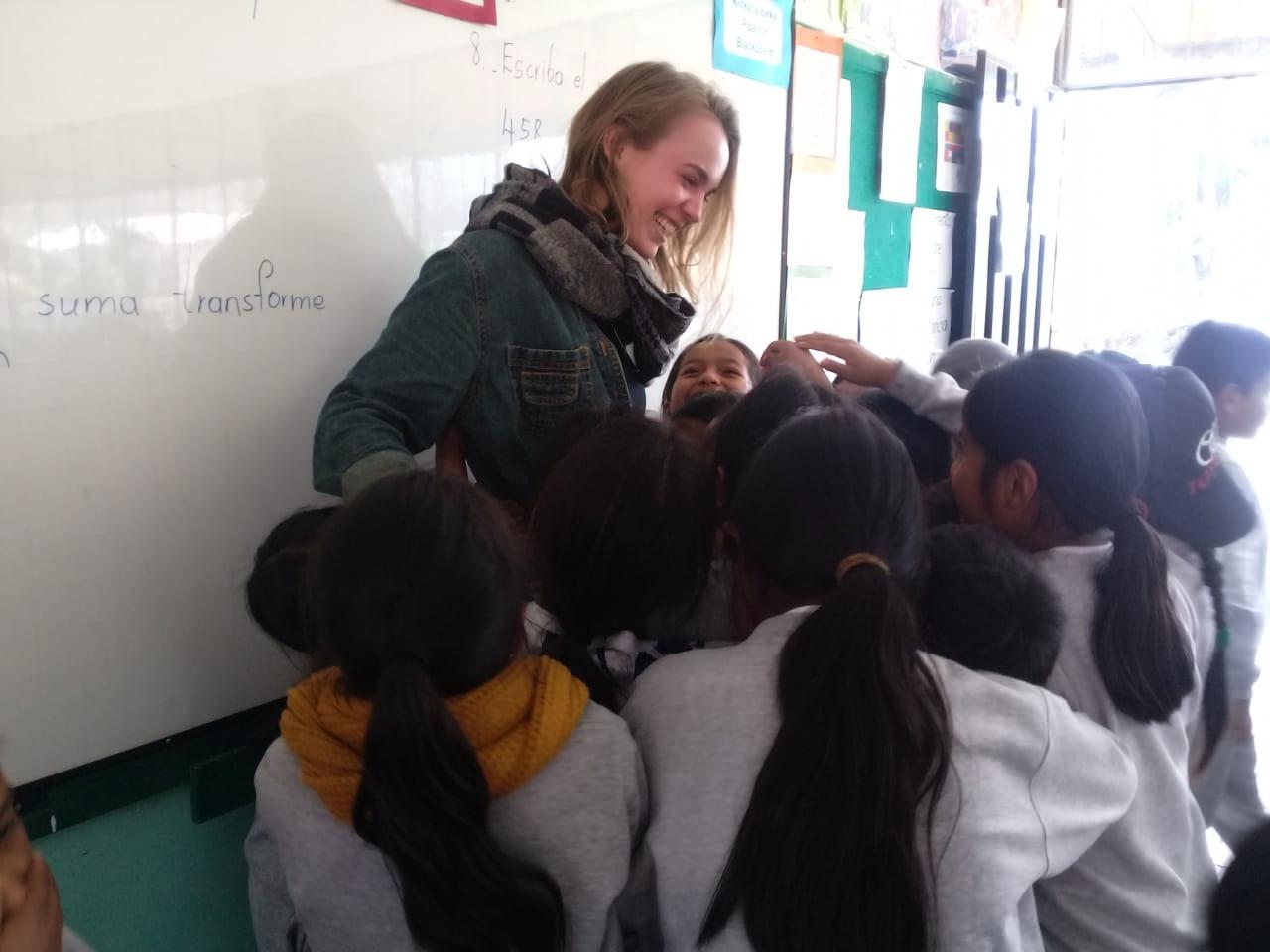 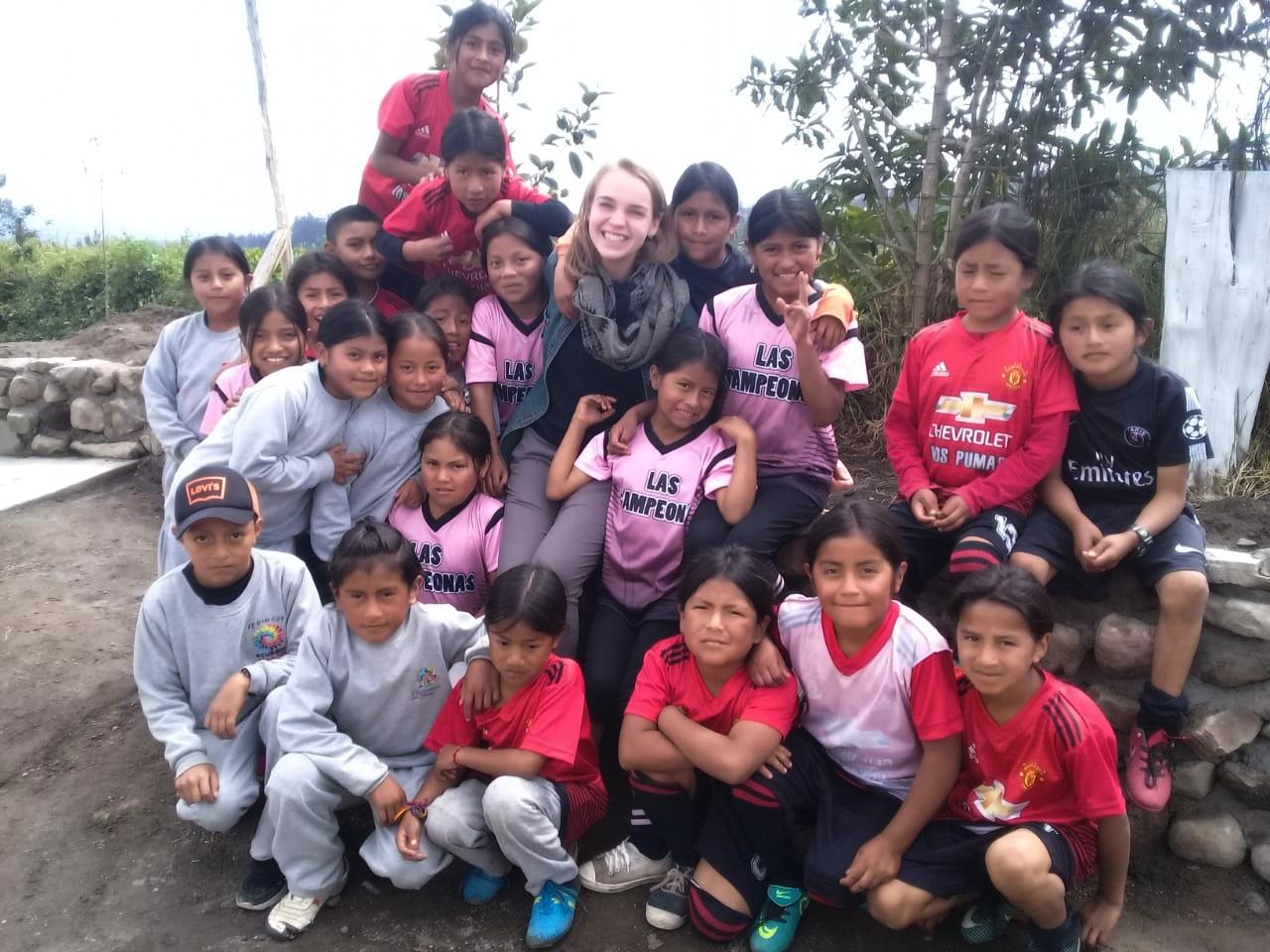 My last day of work with the students. 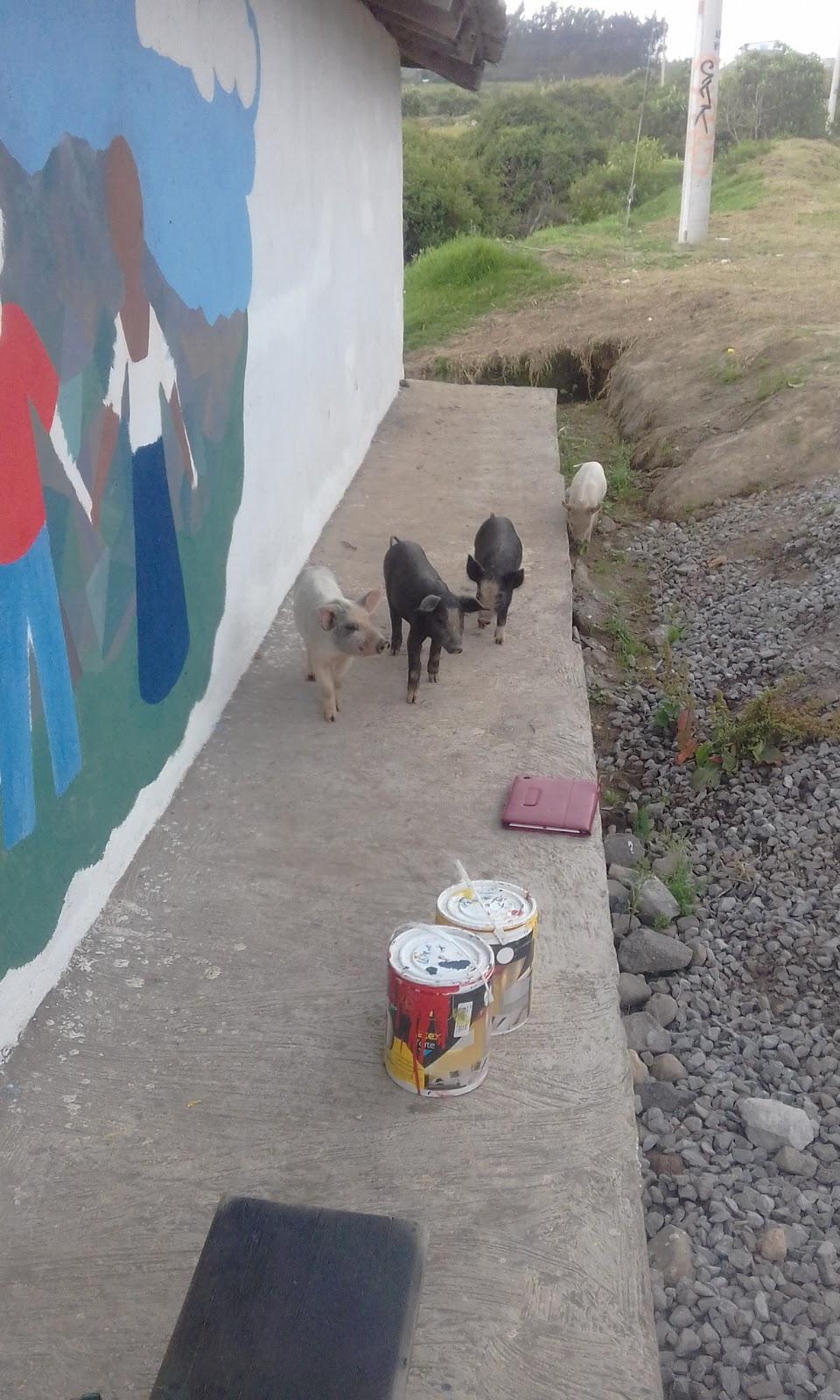 Some surprise visitors during a day of painting. 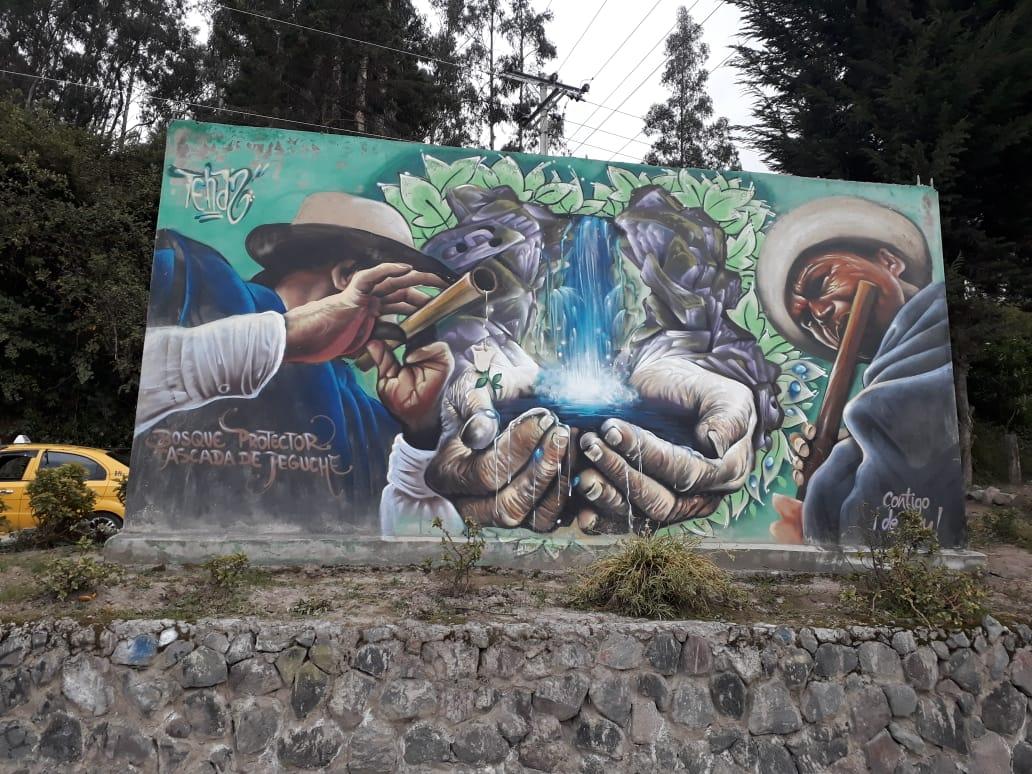 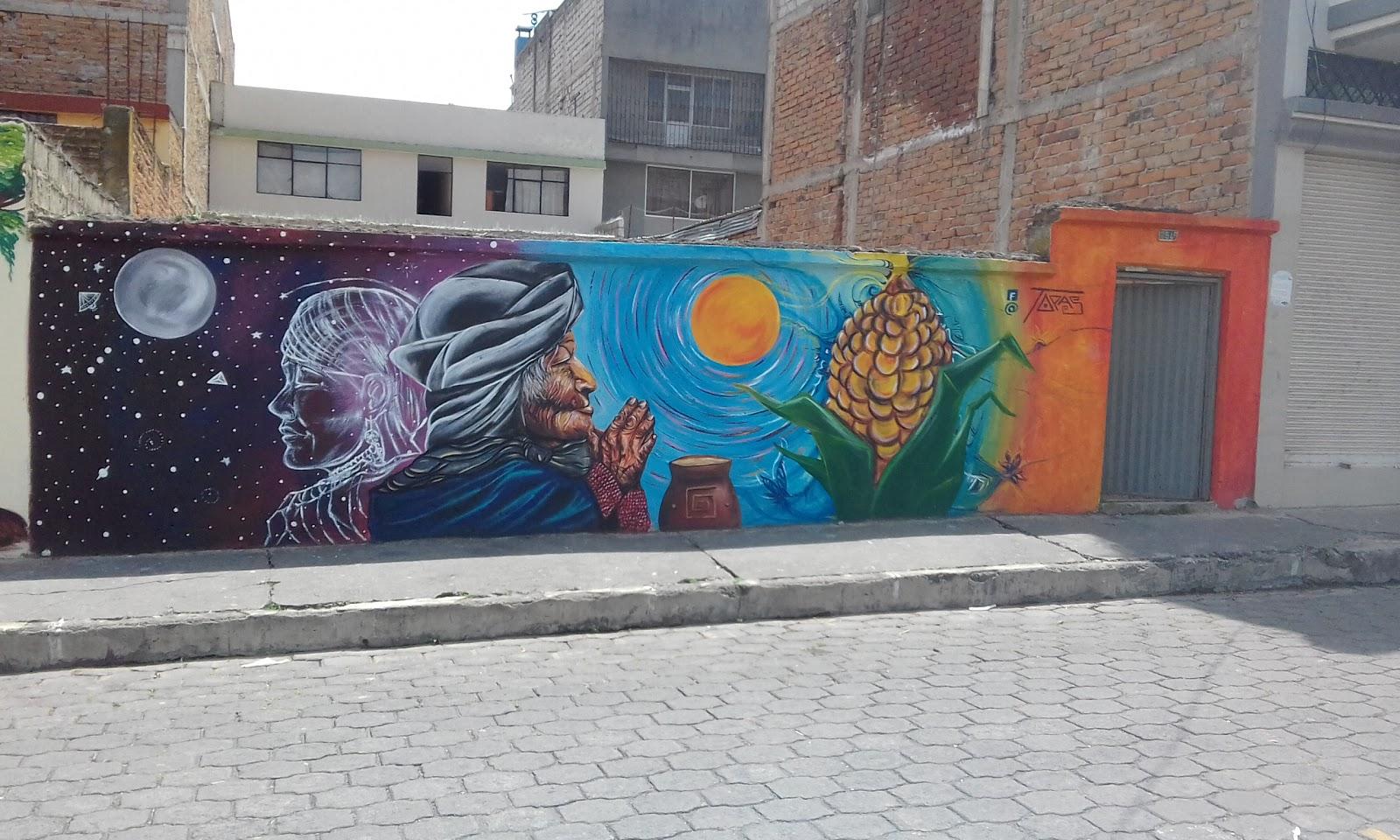 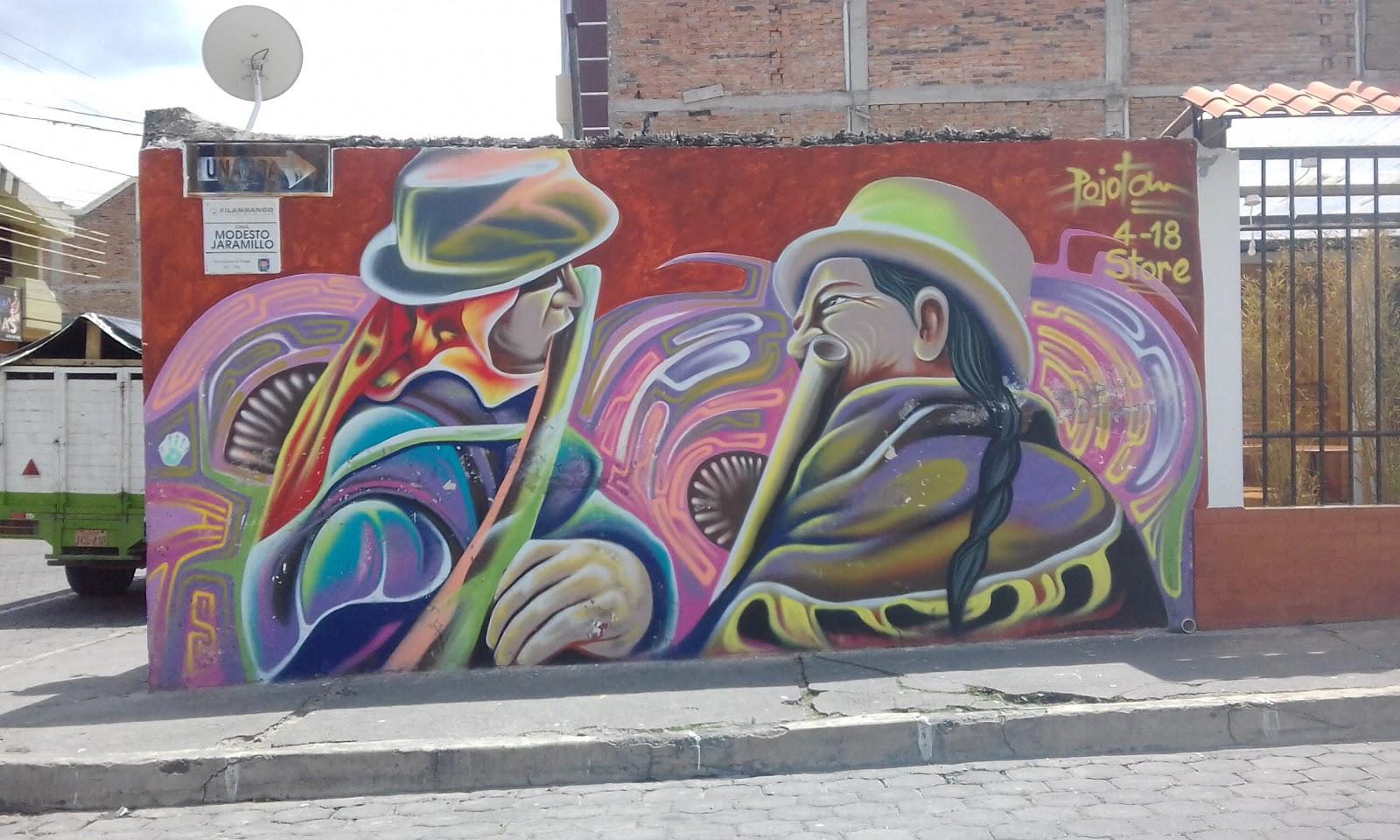 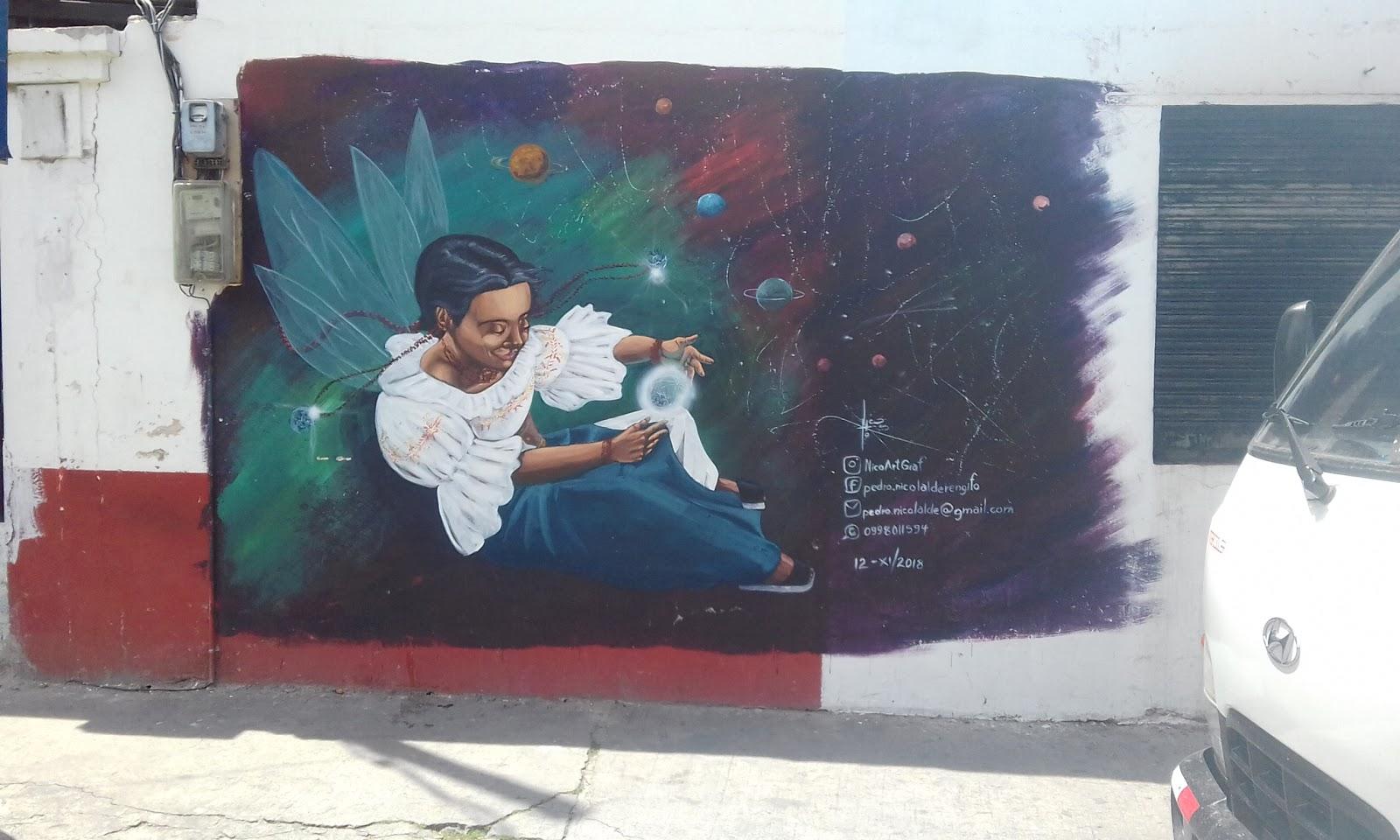 Even though it was rare, I did see some incredible indigenous art.