In the weeks leading up to Global Launch at Stanford, I made some resolutions. At the dawn of a new era, I decided that I would be excited and outgoing; I’d greet everyone with an enthusiastic hello. New Macy, as I imagined her, would be notoriously kind and confident. And most importantly, New Macy would think before speaking. Naturally, since I care about making a good first impression, New Macy has floated across my mind in different forms over the years. I planned for her to emerge, cool and popular, when I began middle school. Before high school, she would be athletic. And when I went off to prep school, she was going to be hardworking and fun-loving. It was never—okay, except for middle school—about changing myself, but about polishing my image in order to get off on the right foot.

New Macy is not entirely unlike the current Macy; she’s just more energetic and confident and less impulsive. New Macy wasn’t born at any of the aforementioned transitions, and, as I should’ve anticipated, she sure wasn’t born at Global Launch.

During the week we spent in California, I was my regular nod-at-passersby, go-to-bed-early, ask-people’s-names kind of self. After I sang and played guitar in the talent show, some folks told me they liked my voice—a compliment I always have a hard time believing—and a group congregated when I taught a friend three chords on her ukulele. I think that if I could’ve stepped outside myself, my first impression of Macy would have been that she was chatty, she was musical, and she really loved her lunch. Don’t worry. Old Macy is just fine.

The real beginning came after Global Launch. Late on September 1, the in-country staff cheered for us as we came through customs in the Quito airport. Dressed in Ecuador football jerseys and yellow, red, and blue hats, they held a banner that said, “Welcome to your new home.” I couldn’t help but grin. Once everyone made it through customs, we stepped out into a cool night, and a short bus ride took us to the convent where we would spend our first three Ecuadays. 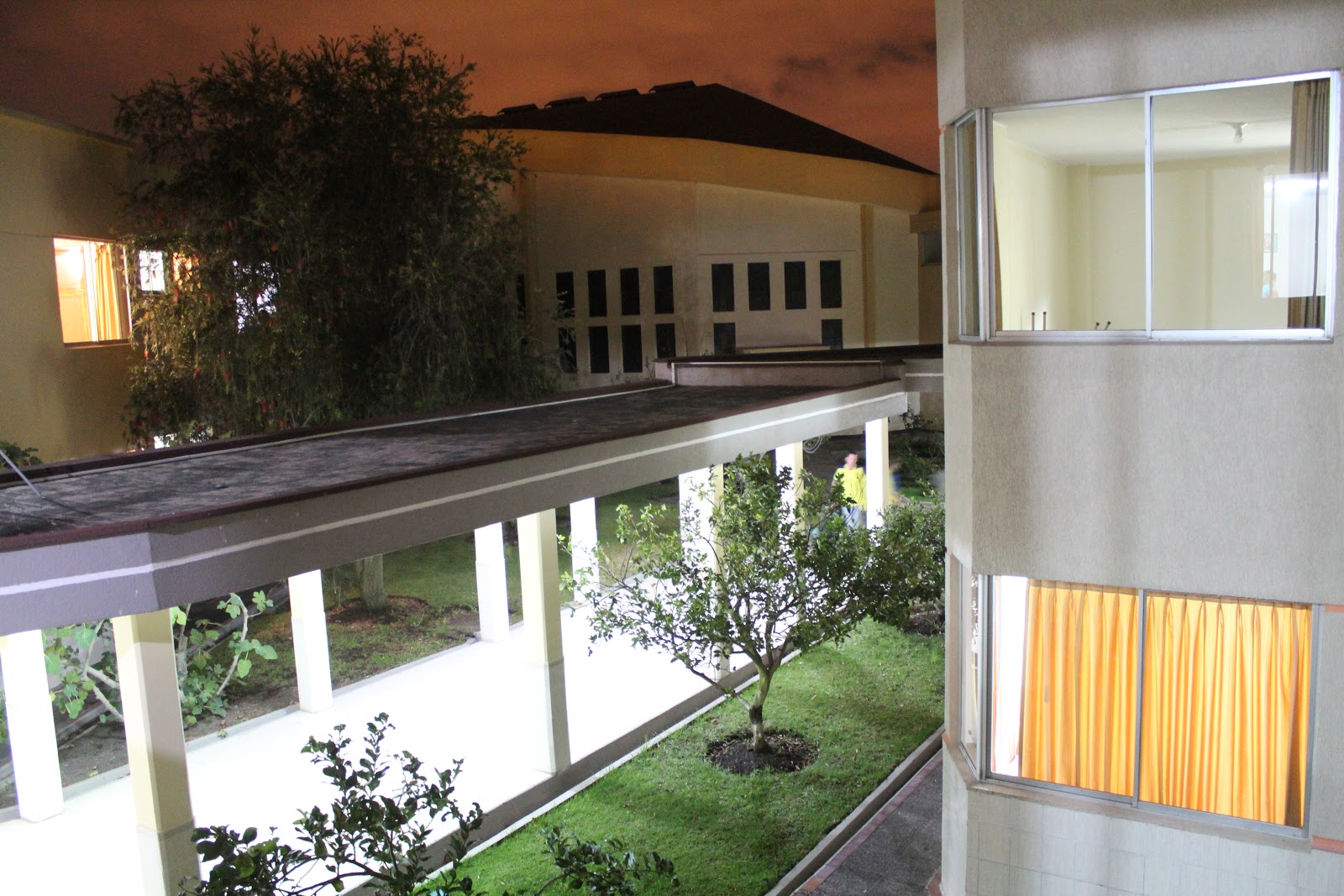 The next morning, the flowers struck me first, then the mountains that cradled the convent. It felt like paradise. We took a tour bus through Quito, both the historical part of the city as well as the new town. We returned to Quito the next day for a scavenger hunt. I thought it’d be cheating to use Google Maps (and LTE here is not LTE at home), so we stopped and asked people for directions. They were so nice, especially one guy who was walking in the same direction as us and kept me from leading my group astray. Our adventure brought us to Supermaxi—a grocery store, not a menstrual pad—and I feasted my eyes on the infamously expensive Ecuadorian peanut butter. (Don’t worry—I found it for three dollars a pound at Santa Maria.) Ecuador has proven thus far to be vibrant, friendly, and colorful, but the cities are also busy and unfamiliar, so they feel threatening. Stray dogs patrol narrow streets. Cars will not stop for pedestrians. When a driver flashes his brights, it doesn’t mean he’s letting you cross; it means he’s about to park where you’re standing. Move.

After all these months of imagining this place, I’m finally here. 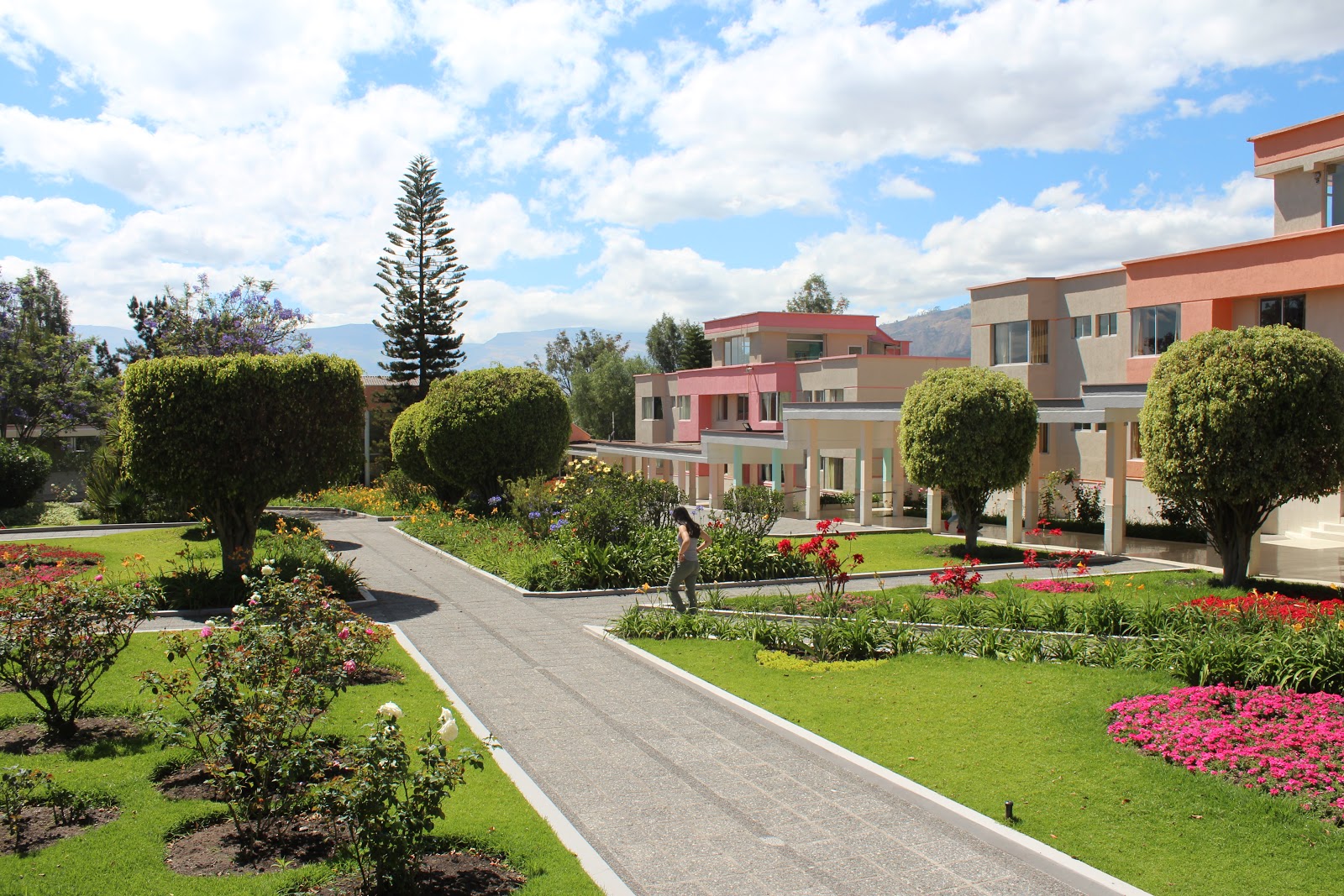 Ecuador isn’t going to change itself to impress me—it’s not putting on a mask to become New Ecuador, I don’t think—but it’s probably going to change me. This country isn’t trying to give me a fake first impression, so I owe it to my new community to be my authentic, flawed self.

Over the next seven months, I want to learn how to be myself in Spanish. Hopefully, using Spanish will force me to think before I speak, rather than spit out whatever comes to mind the way I often do in English. But switching languages full-time presents challenges; I know how to express myself best in my native language. It makes sense that the hardest part of journaling in Spanish is describing emotional moments. This year, I want to get better at documenting—in Spanish—the moments that are important to me. And who knows—maybe, since my mind works more slowly in my second language, a more thoughtful New Macy will come out of this adventure, after all. It wouldn’t be the first time that a year changed me. 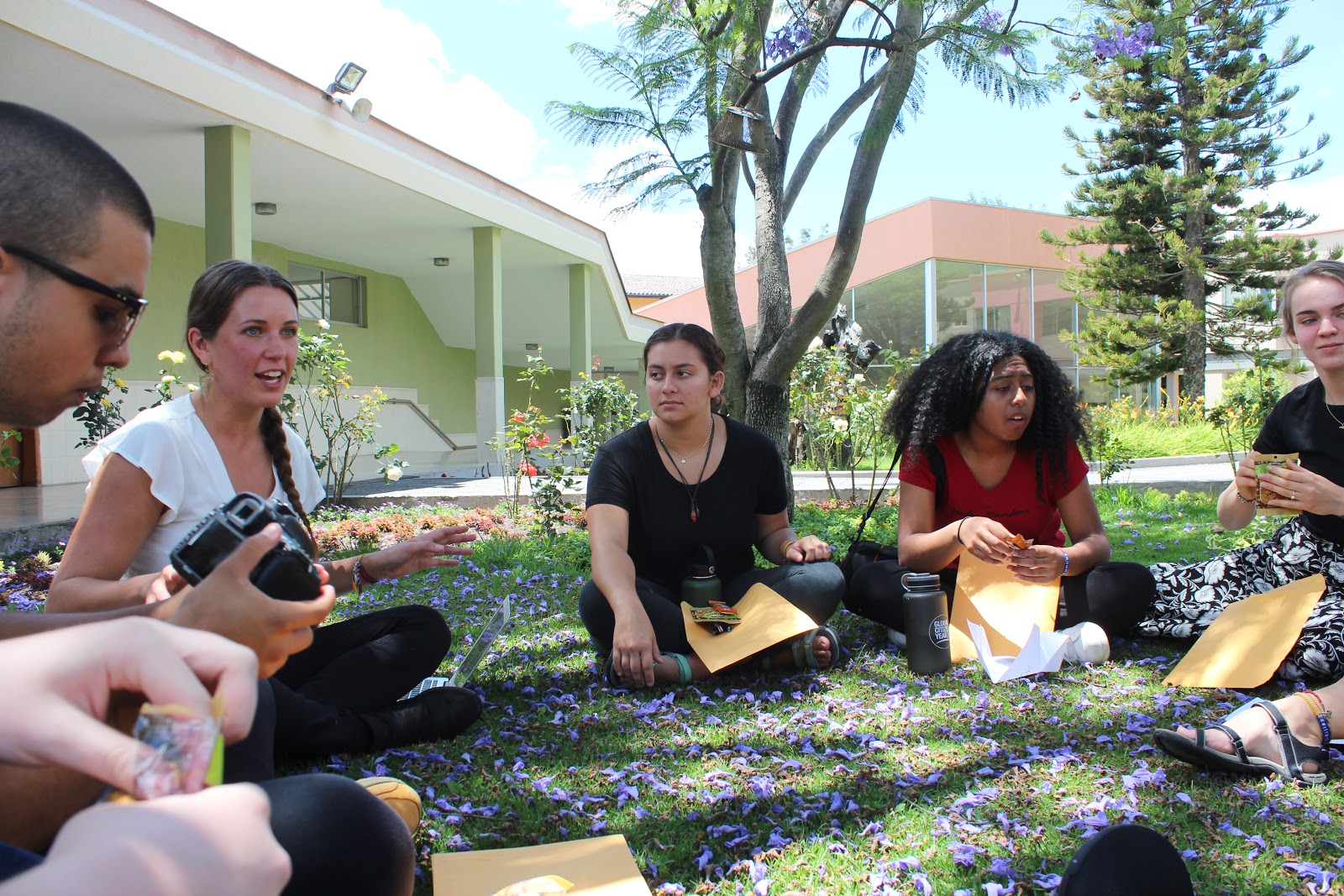 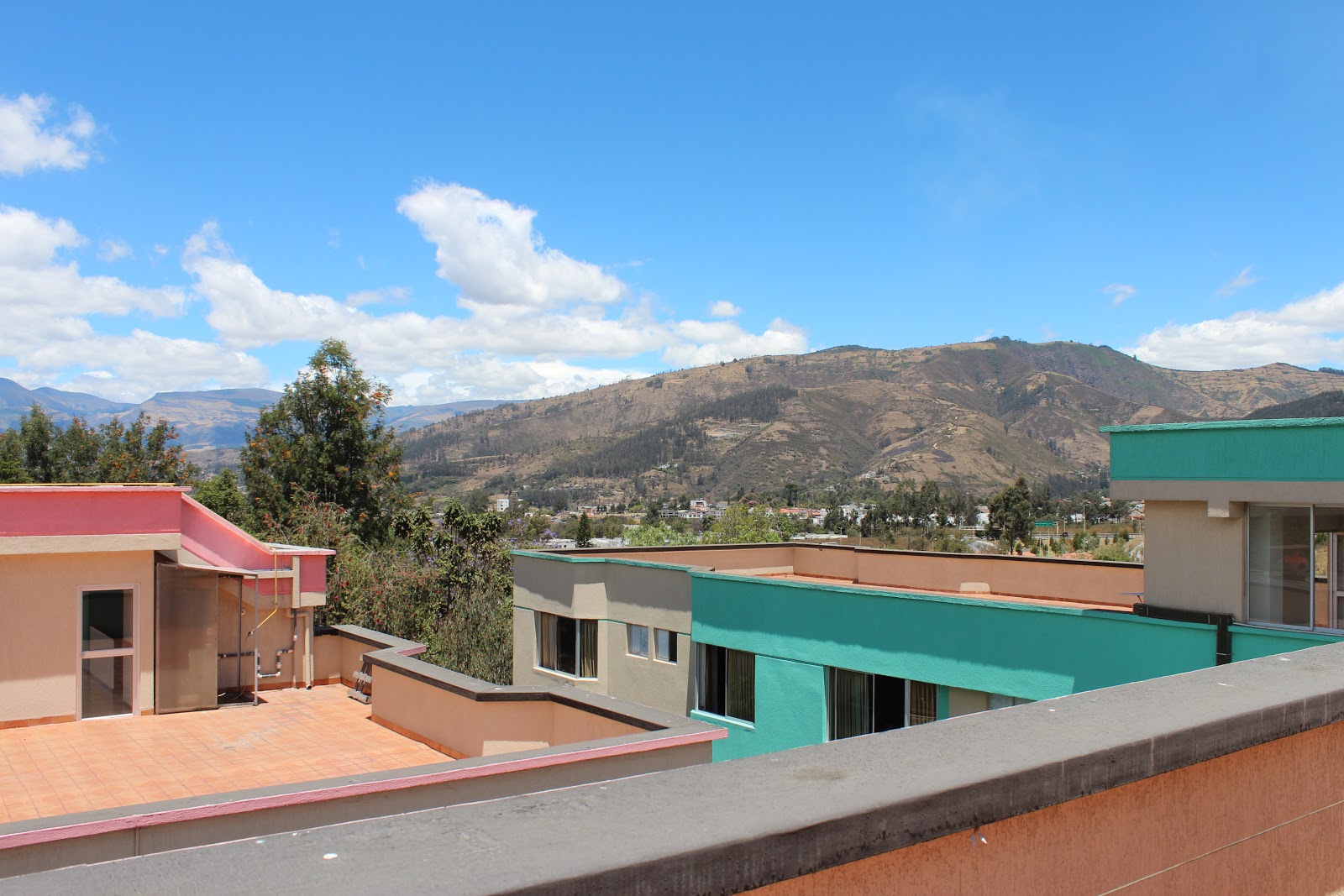 On the roof at the convent. 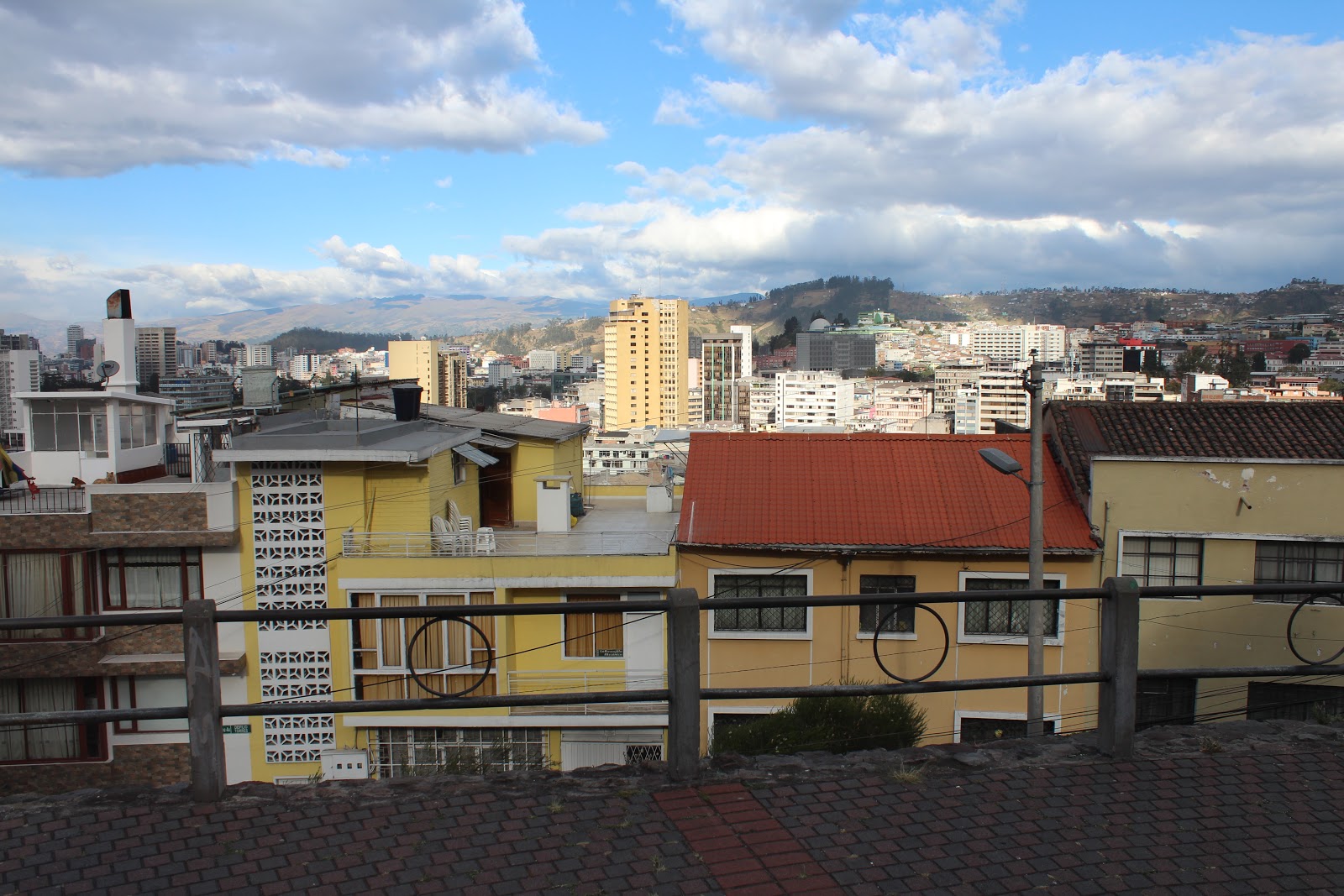 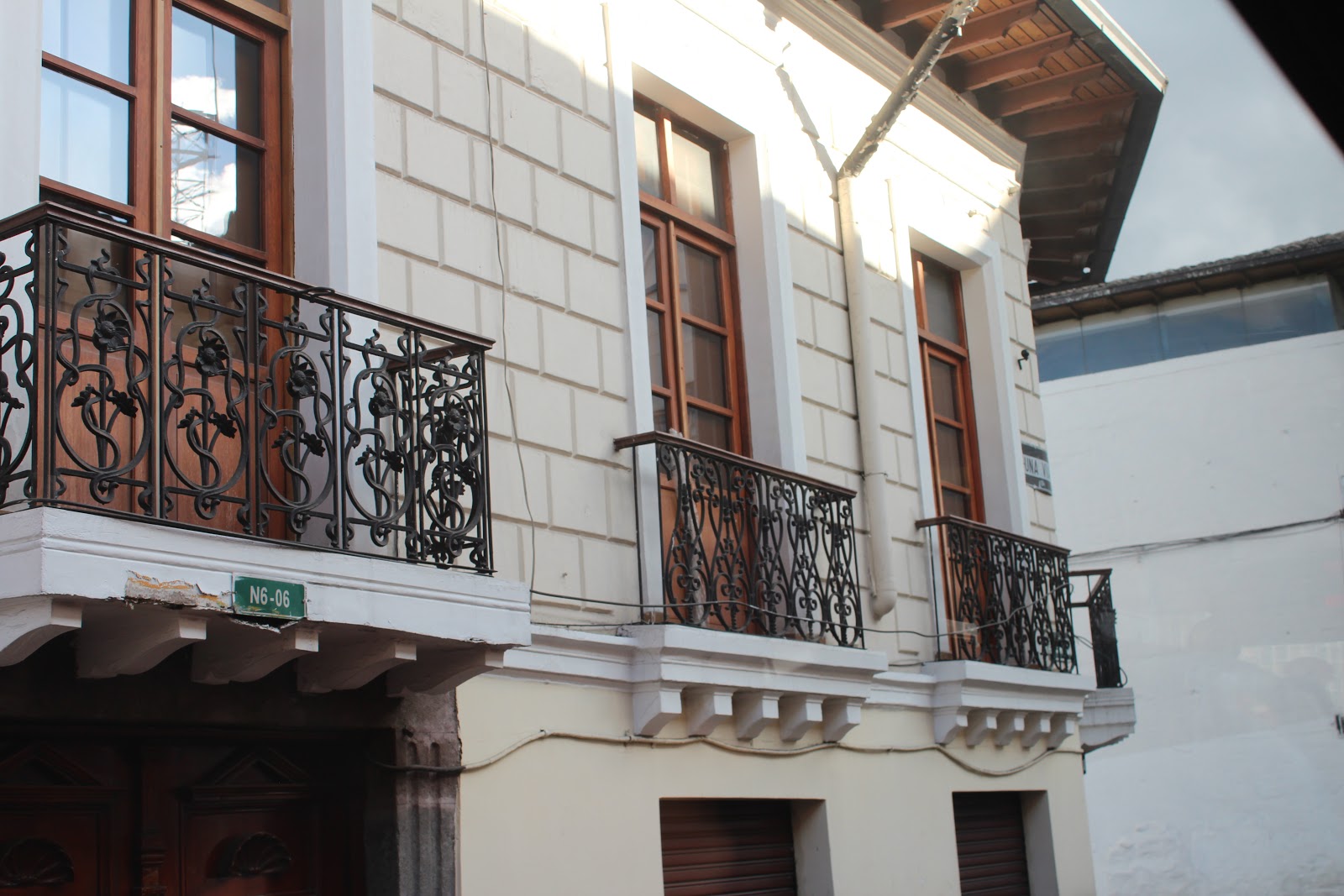 Balconies in the old part of Quito. 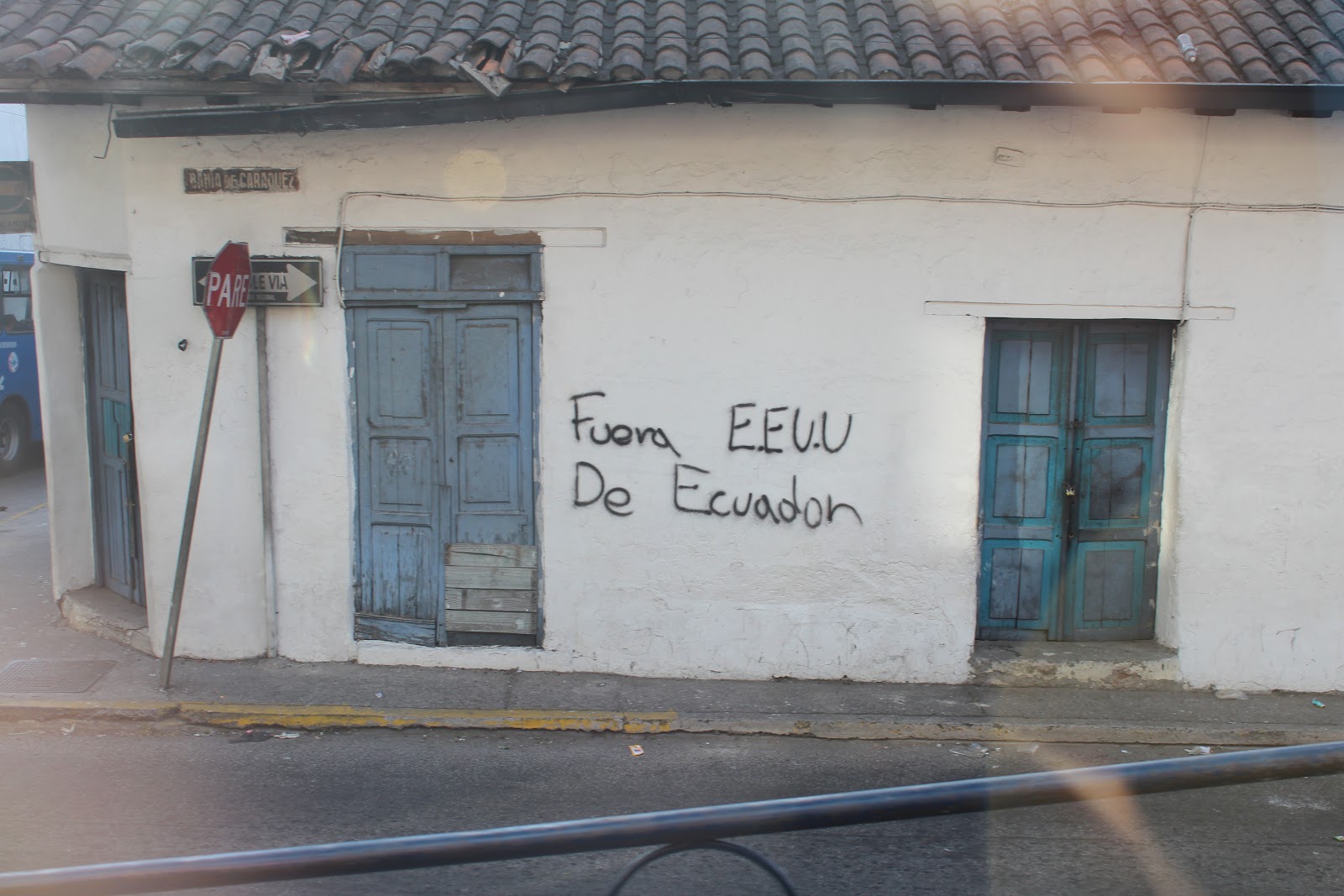 A warm welcome on a wall in Quito. 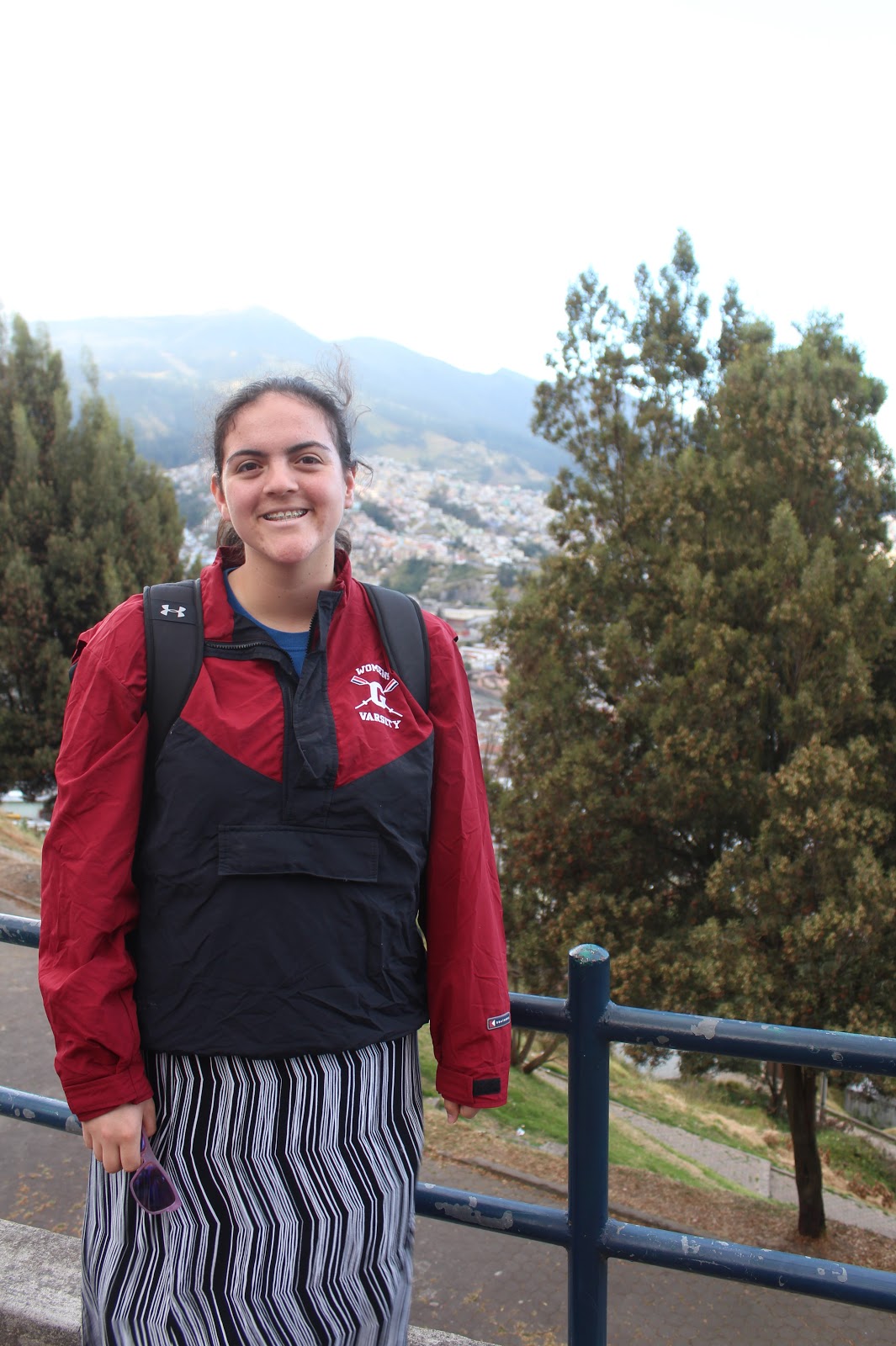 Sometimes people take pictures of me! 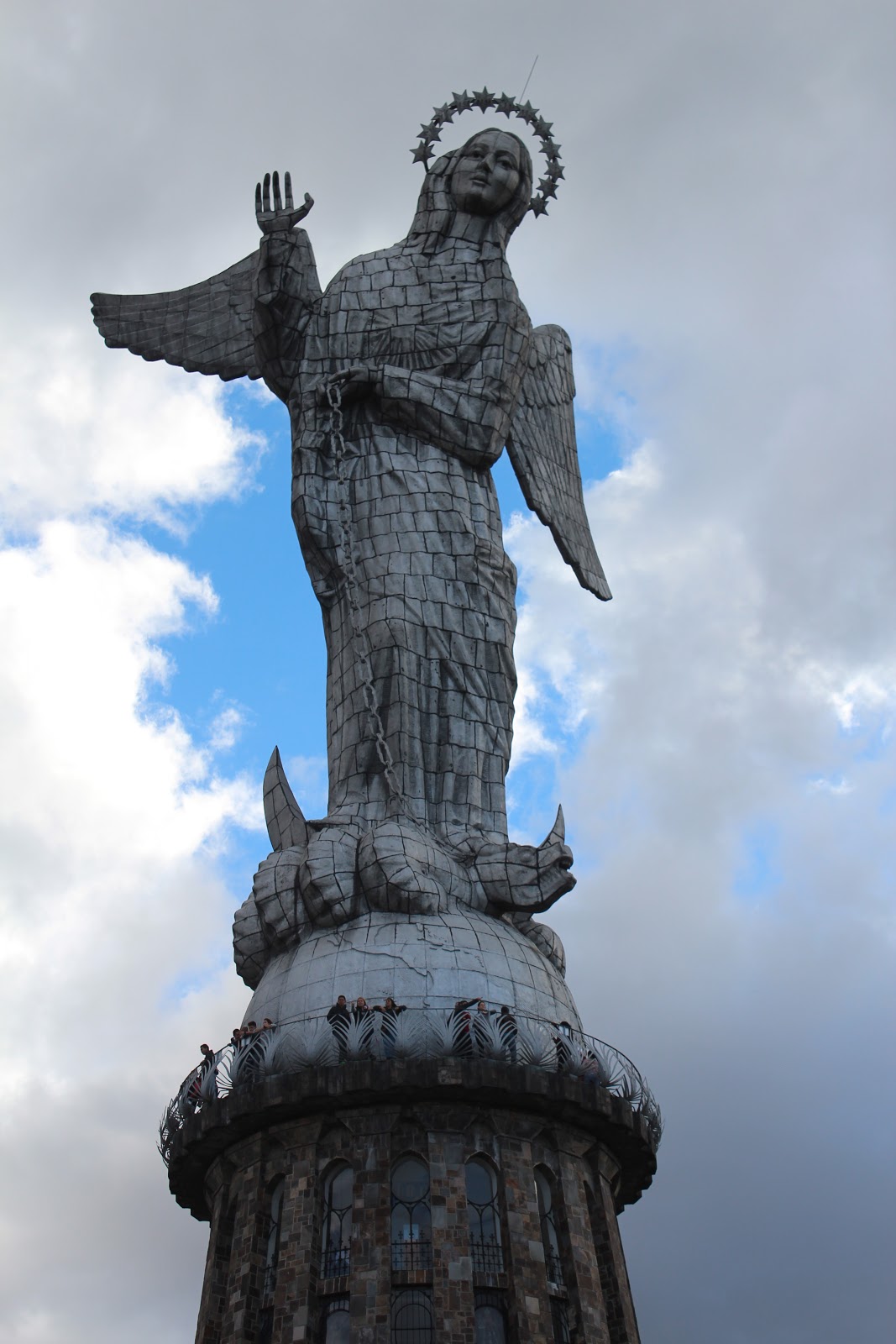 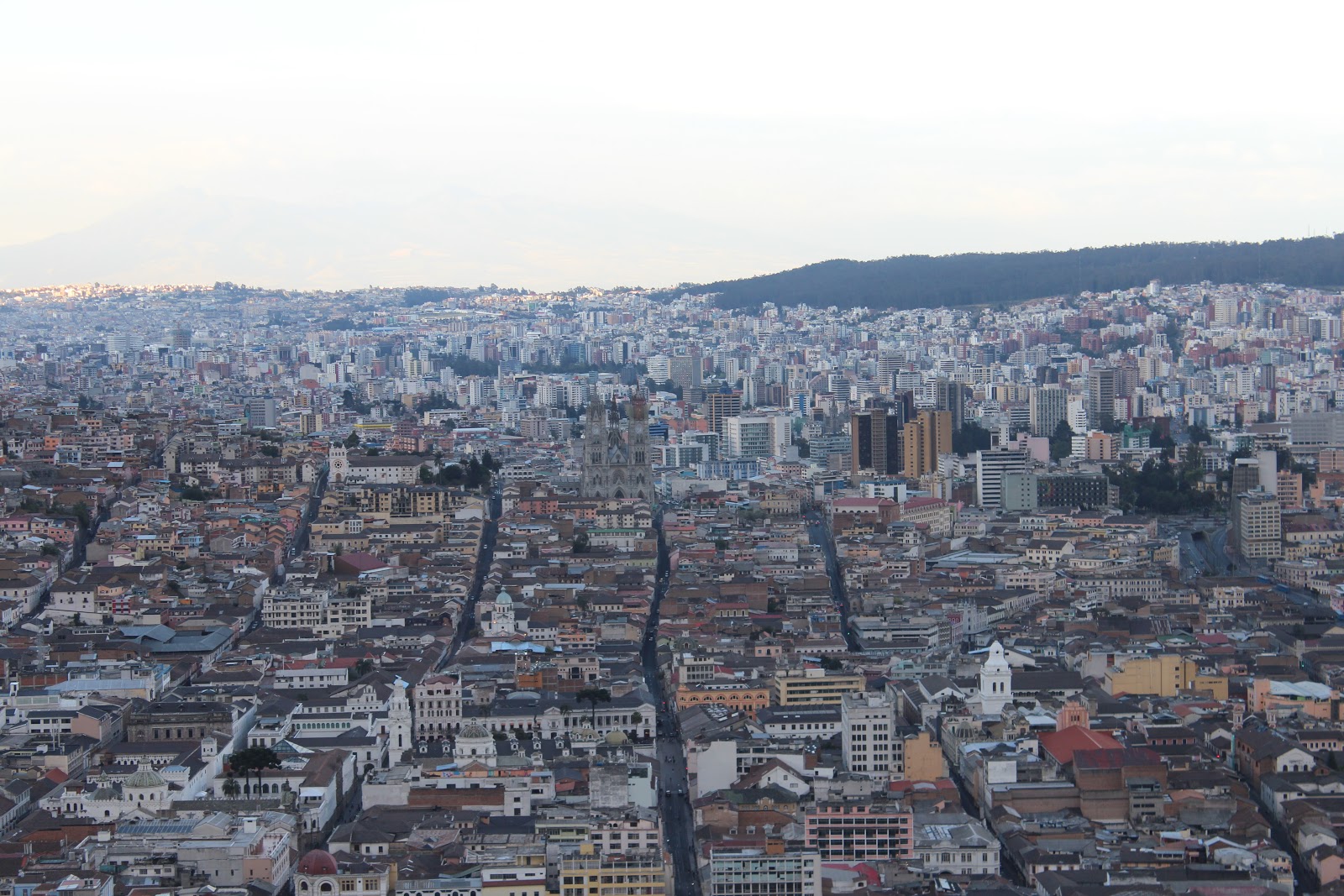 The north of Quito, as seen from below the statue. 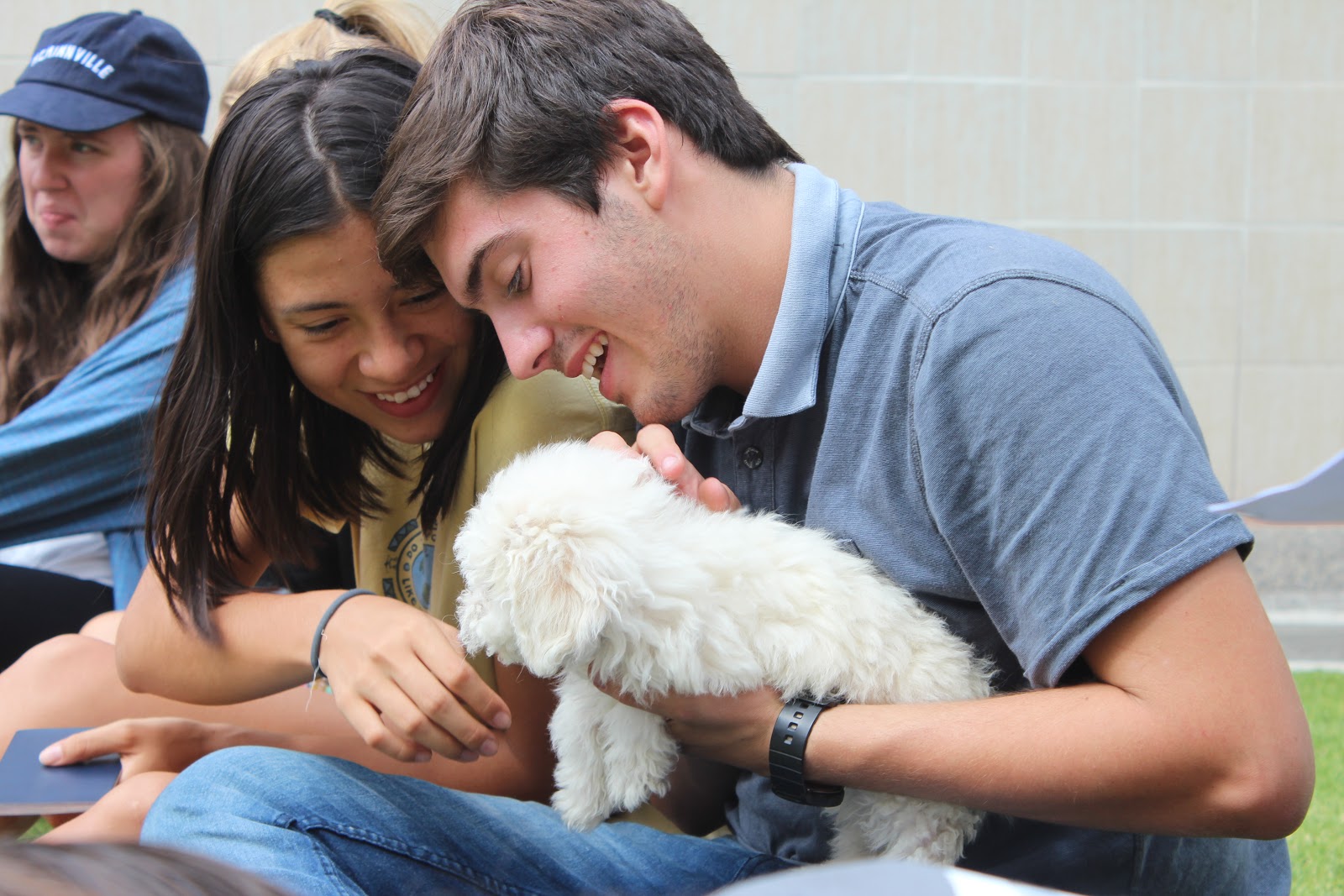 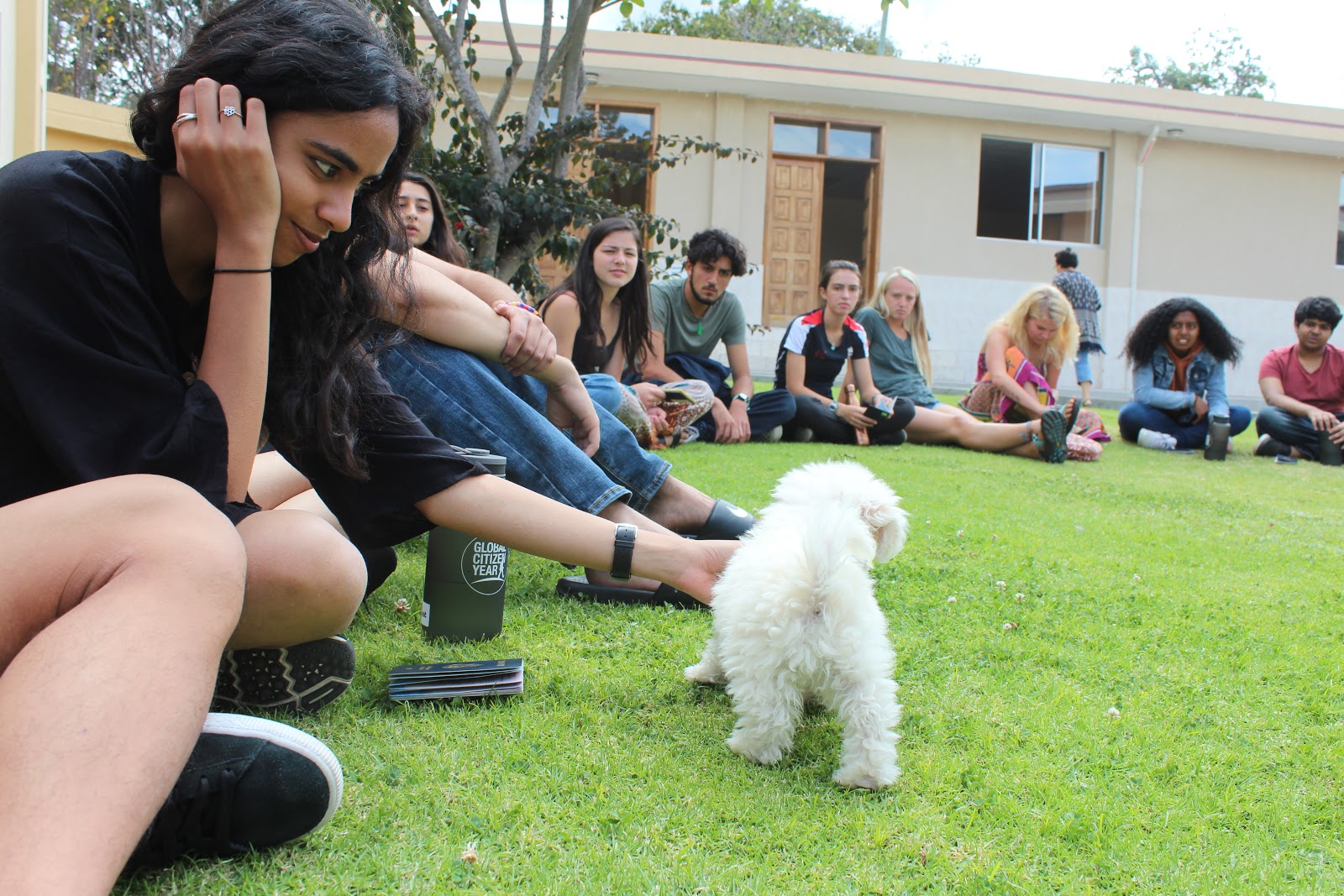 Meli's puppy, Antoine, was definitely not a distraction. 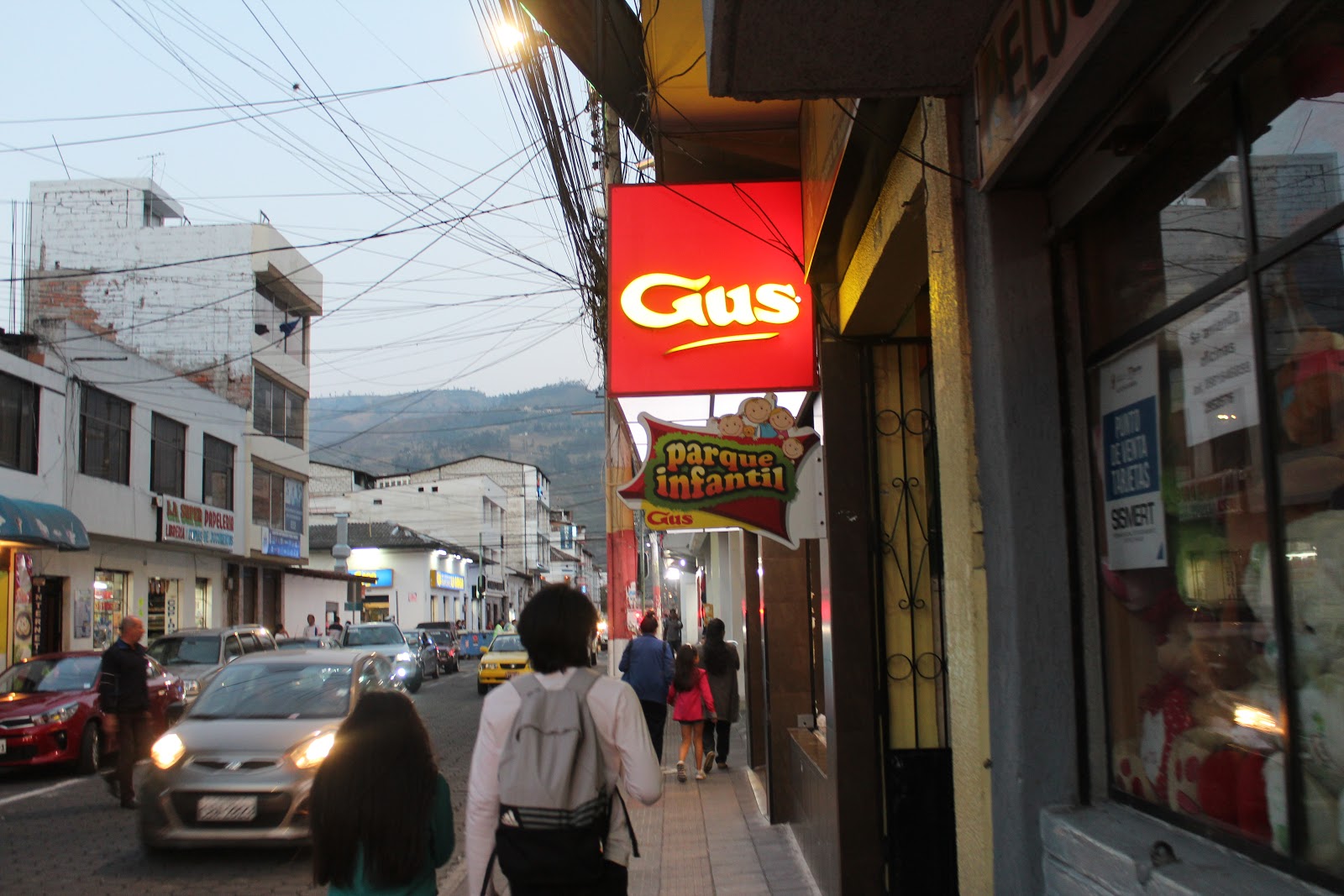 I think this is a fast food chain. Hi, Gus! 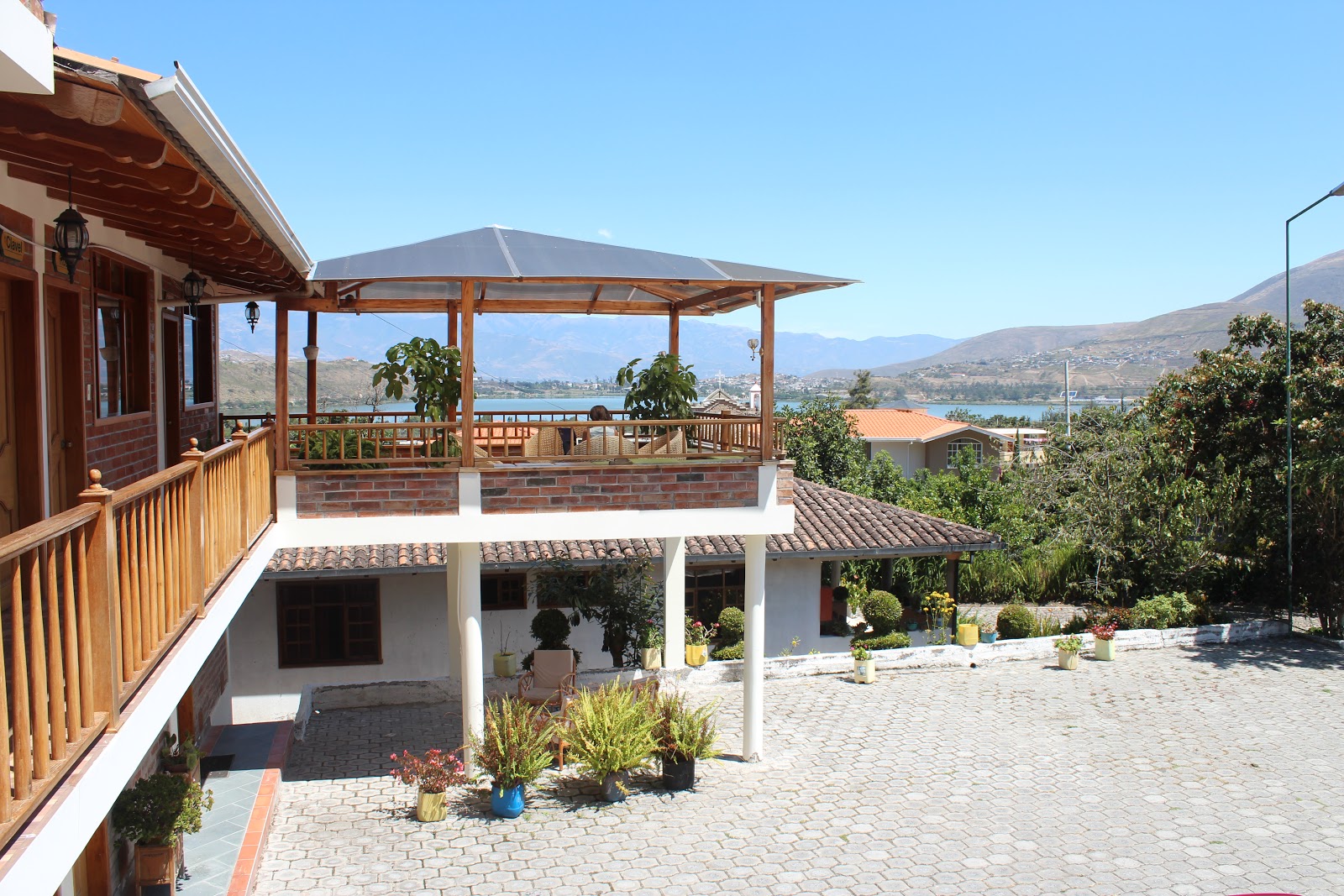 The view from our hotel in Ibarra. 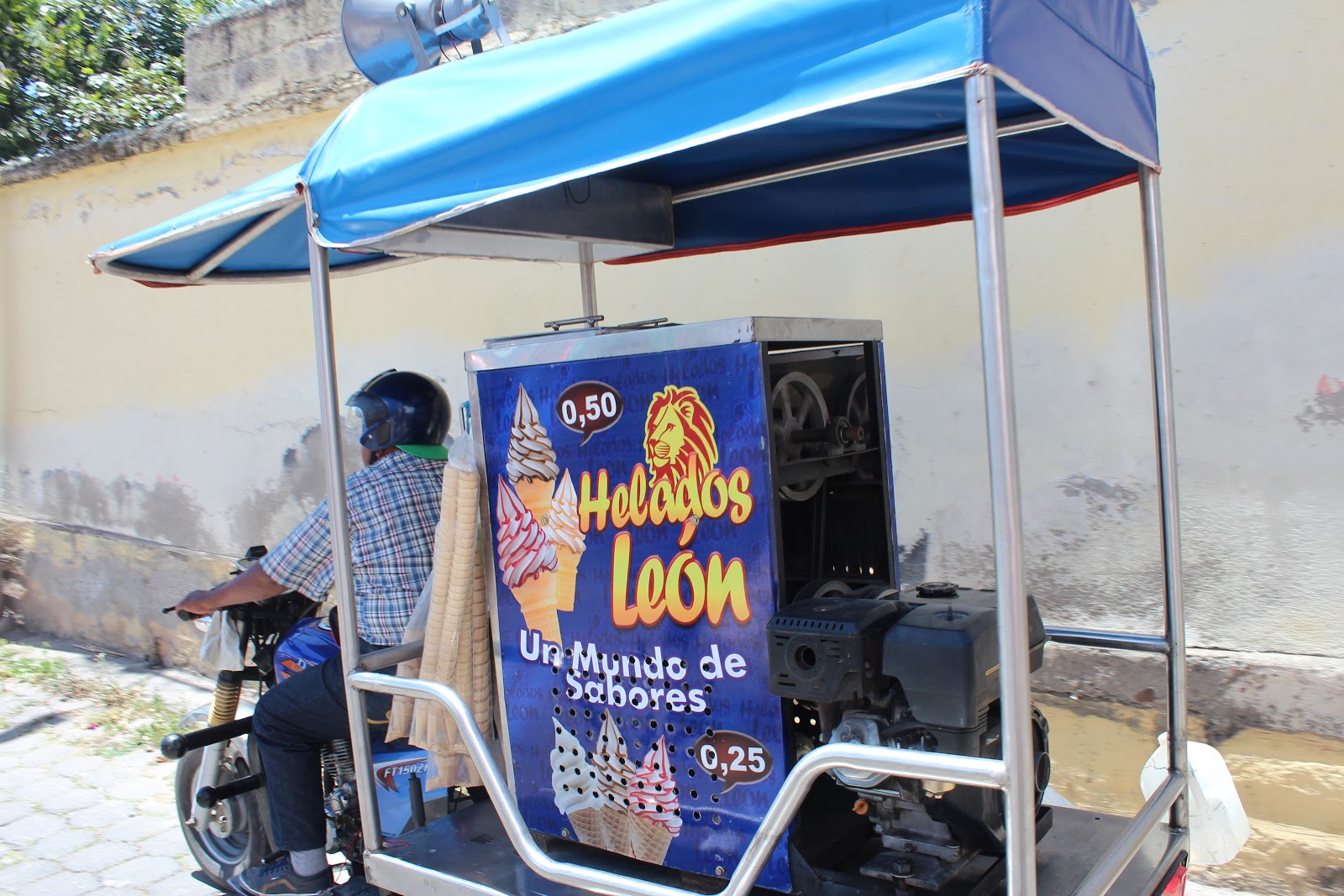 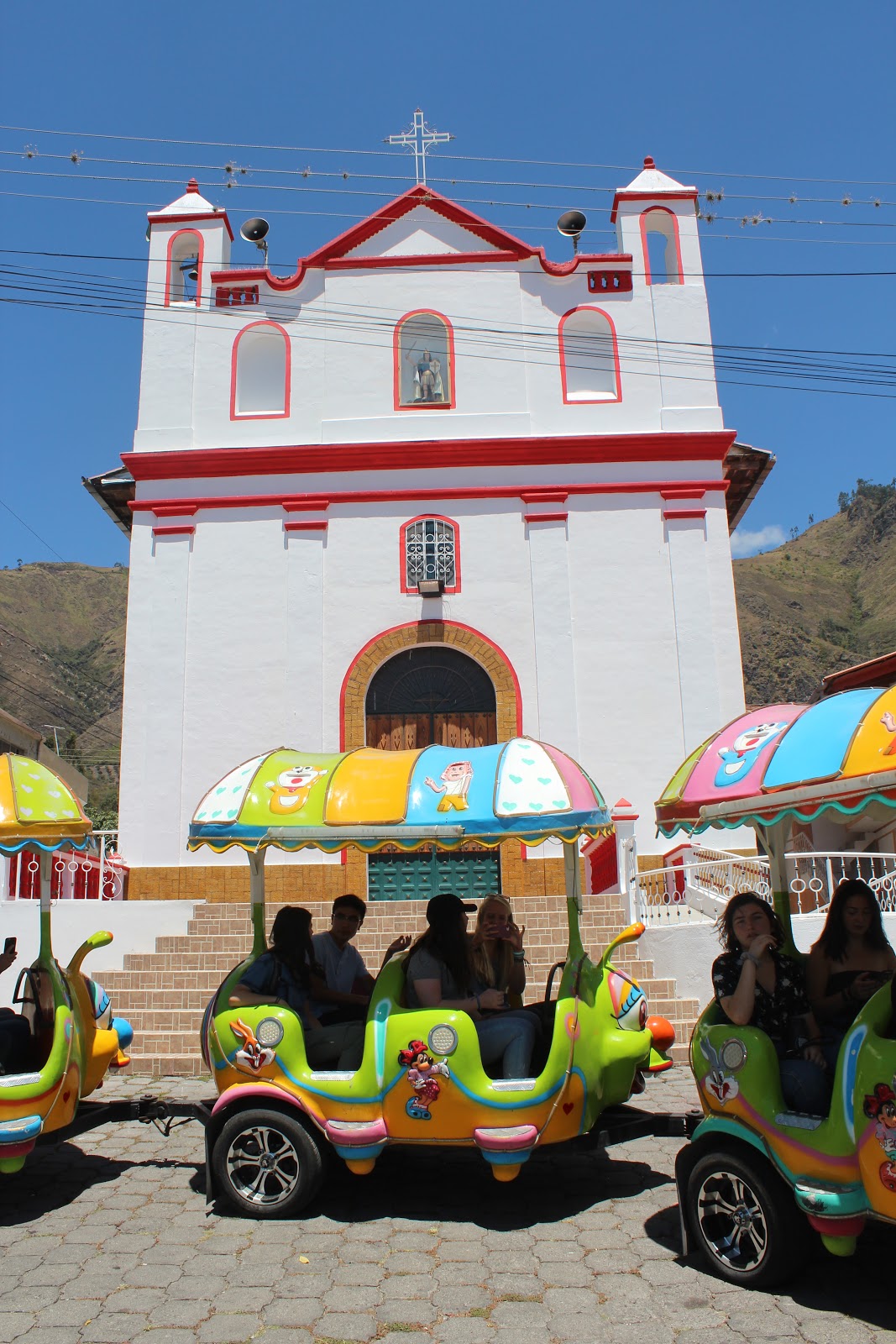 We took a cringe-worthy ride in a worm. 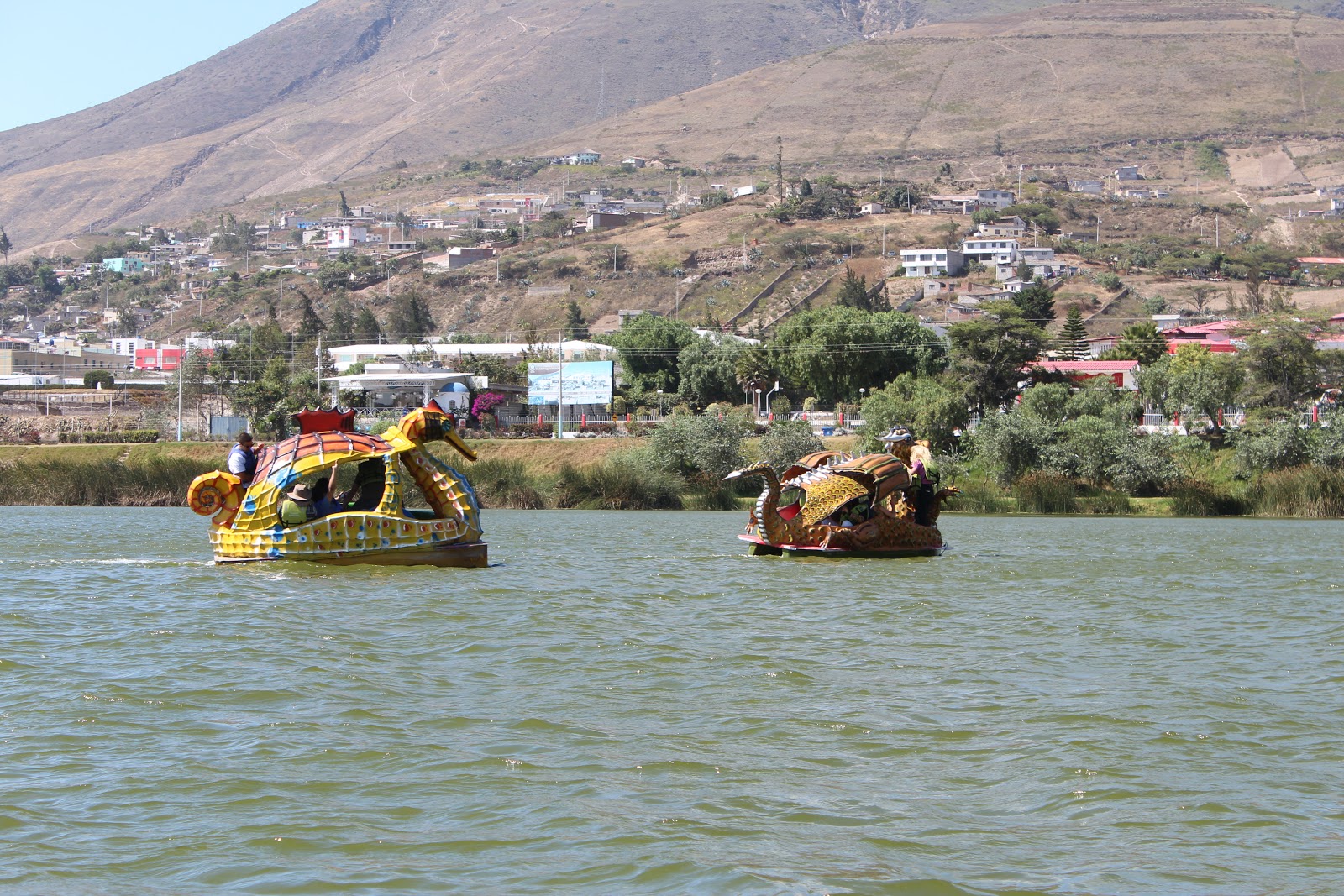 Paddle boats on the lake!

Tomorrow, I move in with my host family in Quiroga. It's happening.