This weekend was the Fiestas de Cuenca, which is basically a four day long celebration of Cuenca’s independence. The city comes alive with thousands of people, tents selling artisan goods, bands performing, and flags in the streets. 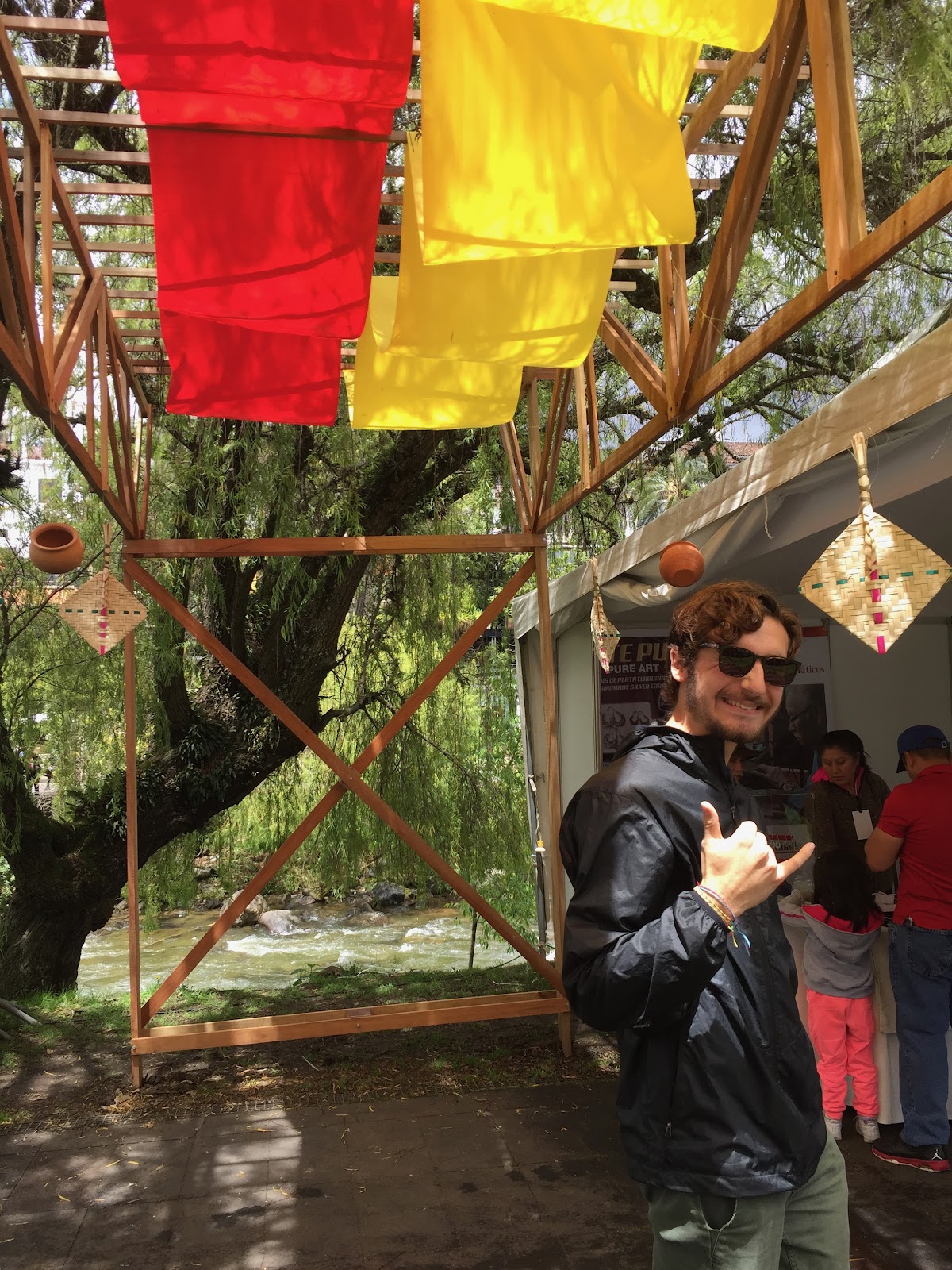 Charlie and I spent Friday afternoon walking around the festival and meeting up with Aya and Alissa.

My favorite view of the city from the river.

Nothing makes rain better than some flowers and good Mexican food.
On Sunday, we went to Cajas National Park and spent the day hiking. In typical Ecuador fashion, the weather changed from freezing cold to blazing hot in mere minutes. By far the most beautiful place in Ecuador I’ve been this far.

We had to hike around cows on the trail a few times.

Charlie, twenty feet ahead of everyone else, as always.

The boys showed off their bouldering skills while Abby and I remained safely on the ground, eating chocolate.

This was the best way we could figure out to cross the river. We managed to make it across twice with only one or two close calls.

Six or so miles later, with muddy shoes, sore legs, and smiling faces!