So as you guys know, I’m working at the local school in my community co-teaching english with three other english teachers. On Mondays and Thursdays I work mornings from seven to around one, teaching the little kids, and on Tuesdays and Wednesdays I work afternoons helping out with the older students. My time the past seven months being part of la Unidad Educativa Chaltura has been so rewarding. Today we concluded the week with el dia de ingles (english day), a project the english teachers and I have been planning since September, in an effort to promote english language learning in the classroom. The program essentially consisted of students from every grade – segundo to bachillerato (youngest to oldest grades) – performing some sort of skit or song (in english) that showcased the work they had been doing in their classrooms. 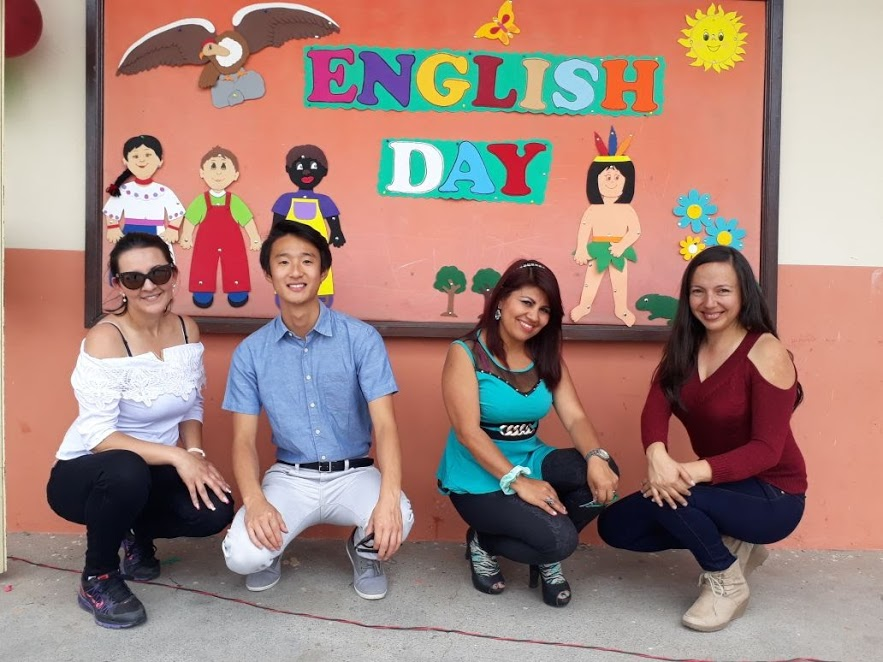 Throughout the year, we also raised money to replace the outdated signs that hung outside the classrooms/offices with new bilingual signage in spanish and english. With extra money the english teachers also made a spanish to english phrase chart for all of the primary classes, phrases such as puedo ir al baño? (can I use the bathroom?) and hasta mañana (see you tomorrow). And with the principal’s support, added greetings in english every monday, when students have an assembly singing the national anthem and raising the flag. 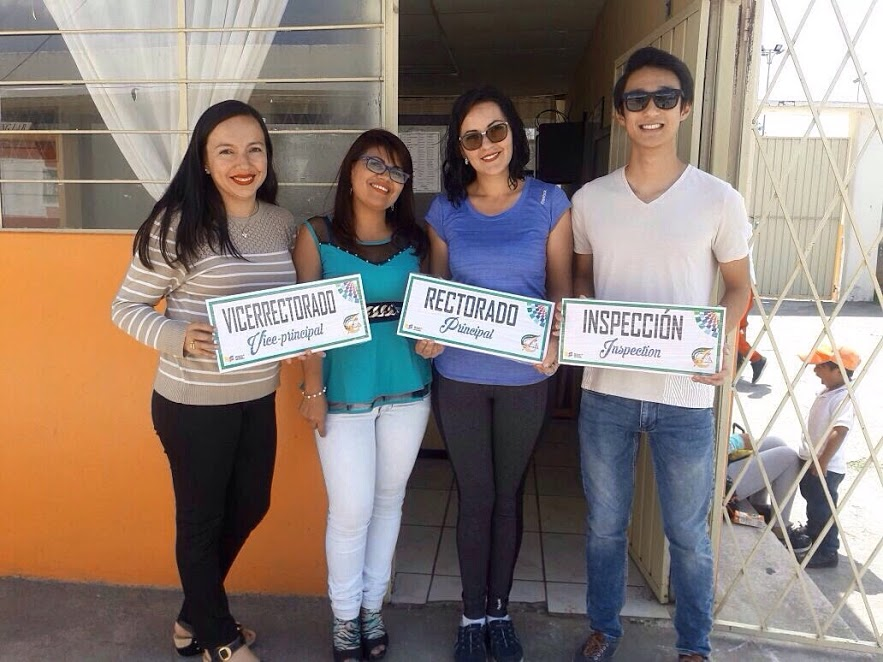 Although my time as an english teacher is coming to an end, I’ve realized how blessed I have been to be able to work so closely alongside these three teachers both inside and outside the classroom. To Nancy, Fanny, Salome, and all the new friends I have made, both faculty and students, thank you.

Chris is passionate about language-learning and serving his community. He is President of his school's Community Service Club and Secretary of his school's Tri-M Music Honor Society, which serves the community through performance. His goals for the year are to Favorite Quote: