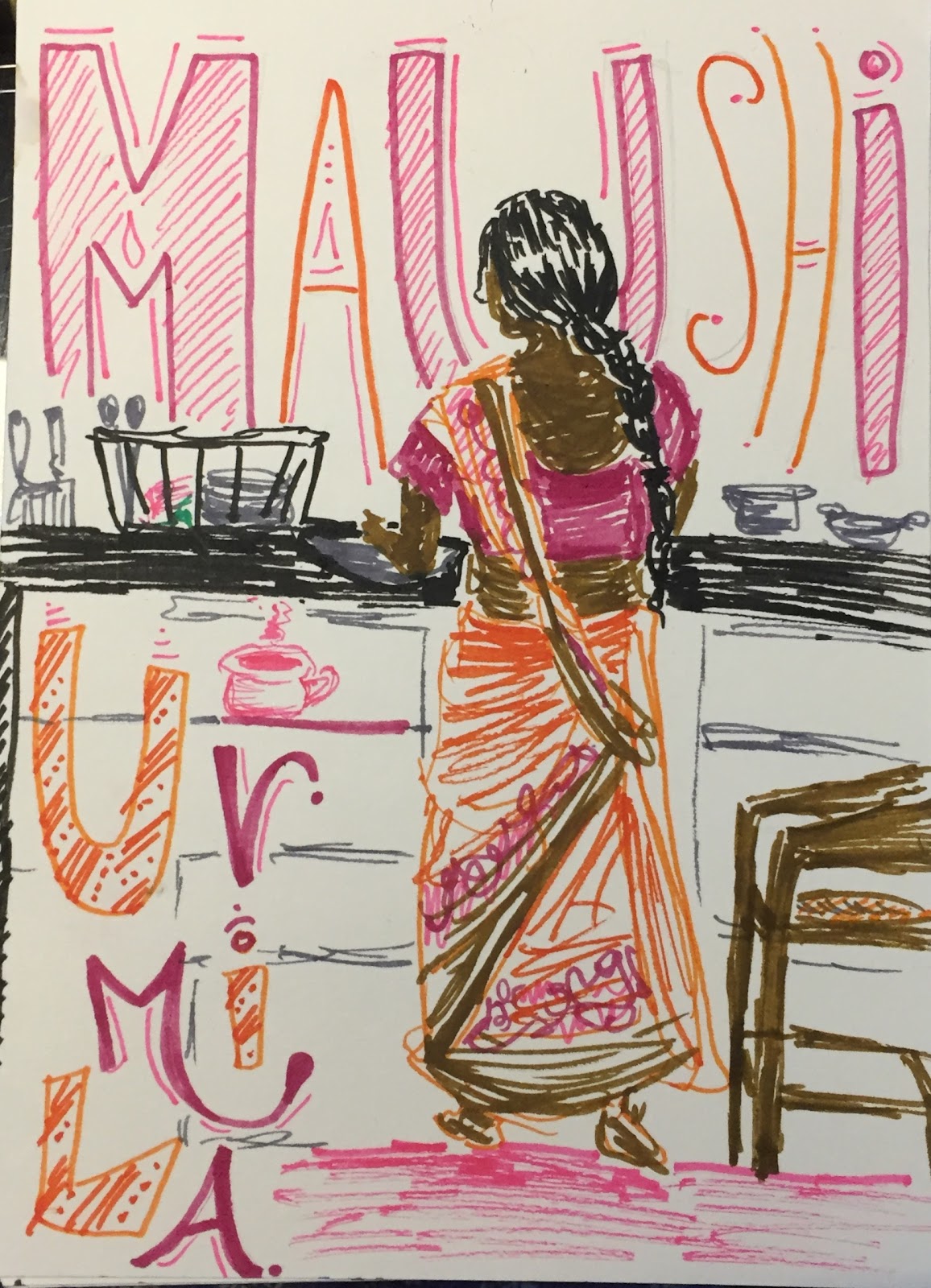 This year I learned that language isn’t necessary for connection.

I ended up coming to a host family which spoke perfect English, but I couldn’t wrap my head around why we didn’t connect. It took me seven months to realize that I still don’t know. Eventually, I found a loop-hole in that I didn’t need to only be a host-daughter, I could be a host niece. In India, it’s quite common to have domestic help, we had two men cleaning the house and making chai for the downstairs office and one woman coming twice a day to cook. We called them uncles and aunts, kakas and maushis, to show respect. All I personally knew about them were that they did not speak a drop of English and could understand but barely speak Hindi. Their language was Marathi, as they had come to Pune from Maharashtrian villages to look for work only a few years ago.

Initially, while Urmilla Maushi cooked, I would come up to the stove and ask “yeh kya hair?”, (what is this?) even though I could not understand any of her responses. As the weeks flew by, her shy face started smiling when she saw me coming into the kitchen and sometimes she offered to make me kopee. One day she had come late and looked distressed, she pointed at her hair and I saw that her long, black coconut oiled hair was in a messy braid and her sindoor (the red marker of marriage at the top of the forehead) had been smudged. I gestured to her to sit down, drink some water while I braided her hair. It felt like I was braiding the hair of my own mother. When she stood up we hugged, which in India is quite rare, her head barely reaching up to my chin (and even I’m considered quite short in Sweden). From then on we embraced every time we said hello and every time we said goodbye. I had gained an auntie. One night I was invited to Urmilla Maushi’s house. It was a two-minute walk from mine, but on the other side of the main road, along the sludgy sewage-filled river. I sat on her family’s bed, surrounded by other aunties, nieces, sons and a smiling husband who turned out to also be our nightguard. The house was only one room, but I could feel that it held a lot of love. Her eyes, they were showing pride to have me there, mine shining with honour to be there.

My host dad had mentioned that the kakas make chai every day at 3 pm, so one day I gathered up my courage and went to their little back-alley behind our house to ask if I could have a cup as well. I was met with smiles and laughter as our conversation consisted of my cartoonish body language and lost puzzle pieces of Hindi. There is a huge glass window into the office where 40 pairs of eyes were shocked at my unexpected interactions with the kakas. I smiled back at them. Slowly but surely this became a ritual, a time for me to find two uncles through a cup of chai. From talking about how sweet the tea was (extremely) to tentatively showing them my drawings, we still avoided using words. Still, I felt closer to them than my own host parents. There was a window in my room and if I had forgotten tea time I could hear them call “Sheeeliya, Sheliya!” and I would open it and reply with “ek (1) second kaka!”.

The day I found out I wasn’t allowed to go to our improvised closing with the cohort because I had symptoms of a cold, I cried on the kitchen floor while Kaka Kalyan and Maushi Urmilla tried to stop the waterfall of tears. I saw Urmilla shed some quietly while she made the bhakari bread. They watched me grow, draw, cry and leave. They even shared chai with my boyfriend who came to visit India and my fellow friends.

Every day, they made me smile.

Narayn Kaka, Kalyan Kaka, Urmilla Maushi and Celia Didi. We did not need words to know the language of family.