“Do colleges really need 30,000 applications to find 1,500 great students?” asks Eric Hoover in his November 7 New York Times article, “Application Inflation: When is enough, enough?” But while Hoover presents a powerful indictment of a college admissions process that has spiraled out of control, he does little to suggest what can be done to break the insidious cycle. 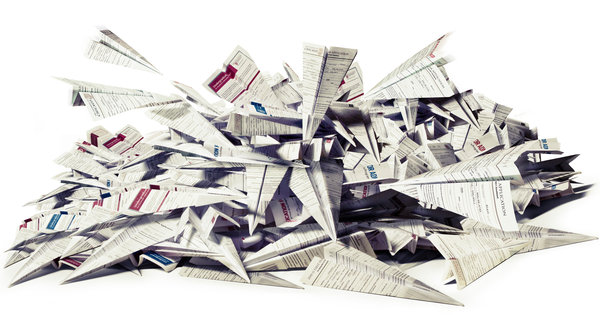 As colleges get more competitive in their recruitment and enrollment tactics, students find themselves pressured to apply to more schools, and increasingly confused about which school would actually be a good fit for them.  This confusion is reflected in the striking statistics about college retention and completion.  Today, 30% of freshmen do not come back for second year, and on average students take six years to get through four year institutions.

As the competition continues to escalate, it’s hard to argue that the current rat race yields favorable outcomes for anyone.

So, how can we burst the bubble of application inflation? One answer may lie in a counter-intuitive strategy:  Encourage more students to take a year off after high school.

As the founder and CEO of Global Citizen Year – a new social enterprise which creates opportunities for young people to spend a year working in Africa, Latin America and Asia before enrolling as college Freshman – I have seen firsthand the power of these formative, pre-college experiences in helping students develop passion, perspective and a stronger sense of purpose for their higher education.

Mat Davis, one of our founding Fellows, came out of an urban high school in Indianapolis which had completely disengaged him.  “How could my abstract science homework feel important when I had real-life challenges at home?” he asked when I met him in his selection interview for our program.  One year later, after spending a year as an apprentice on an agricultural project in rural Senegal, Mat came home speaking French and Wolof – and, most critically – with a deep, intrinsic motivation to continue his higher education.  His year living and working in the world had helped him understand that getting a college degree – particularly as an African American male who was otherwise considered “at risk” of not making it through – was essential if he was going to reach his potential.

But the evidence is not just anecdotal.  A recent study published in the Journal of Educational Psychology found that students who take a structured “bridge year” before college reported significantly higher motivation in college than did students who did not take a gap year.

Harvard has long led the way in encouraging students to take time off, and others are quickly following suit as they recognize the value of an incoming cohort that has had a year – outside the classroom – to learn about themselves and the world.  Princeton’s new Bridge Year program will ultimately support up to 10% of their incoming class as they engage in a year of global service before enrolling, and UNC has just announced plans for a global gap year fund which will provide access to students who might not otherwise have the resources to take a year off.  These schemes are a clear win-win by simultaneously making students and colleges more attractive to eachother.

For colleges looking for a way to entice world savvy, mature and self-starting students, while enhancing the caliber of their student body consider this – why not set aside a set of admissions letters that read, “Congratulations!  We’ll see you in a year…”

So, before application inflation spirals any further out of control consider this.  Perhaps instead of competing for students with glossy brochures and elaborate admit-weekends, colleges could step up their game by offering applicants the invitation to take a year out of the classroom to learn in – and from – the world.  And, when these students arrive on campus hungry to learn, there will be no question that one year does a world of good – for kids, colleges, our nation, and our world.