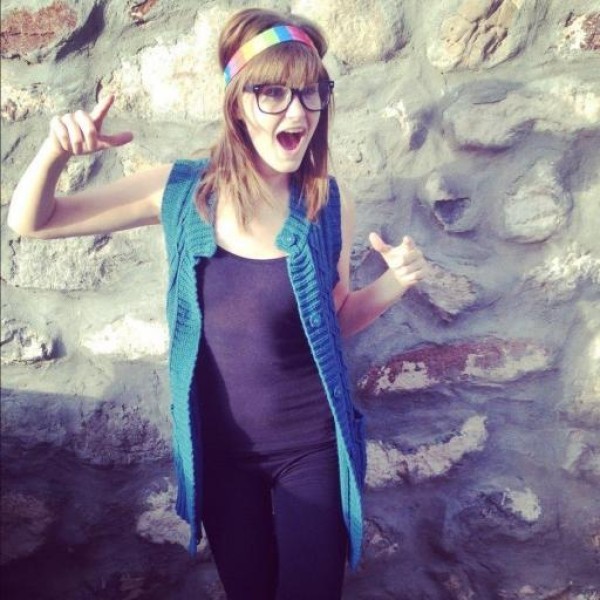 Amanda has a passion for telling stories. She served as Editor of her school newspaper’s Features section as well the Editor-in-Chief of the yearbook. Her literary talent has sent her to several national competitions where she received the Columbia Scholastic Press Association Gold Circle Award for her center spread on the 2008 presidential race. Amanda also has a keen interest in music, poetry, and visual arts.

Taking it to the Streets – Malaria No More

GCY fellows walked 11 kilometers on Sunday April 16th with Malaria No More to raise awareness about the curable and preventable disease that kills 1 child every 45 seconds. Malaria No More has the goal to halt and reverse all incidences of malaria in Africa by 2015. [slidepress gallery=’malaria-no-more’]

From My High Horse

I grew up in a family of independent, empowered women. My immediate family consists of my sister, my mom, my father and myself so it is safe to say that the women usually have the final say. Growing up, my father would never let me believe that I was any less than someone else, especially...

When the Water Stops

After about four days with no shower, I start to really smell. My skin becomes darker with caked dirt, and I am forced to re-wear filthy clothes and turn socks inside out. The water has stopped running. At least once a week, I go to turn the handle on the spigot in the yard and...

The women in my family had washed and hung their clothes before I had even woken. They left sleep behind at prayer call, six in the morning, when the sun had only kissed the sky and not yet embraced it in a hug, When I climbed out of bed onto the sand speckled, cracked concrete...

While I tell these stories in English, I live my life now in Wolof.  My struggle to translate life to language seems impossible; I feel like a typist who holds her hands over the keys slightly off, the words coming out garbled. I am lost in translation. Like an infant, I am in a new...

Picked up from the pavement of Dakar, I was dropped off in the sun-soaked sand of my new village on November 2. Curling my toes to hold on to my sandals, I waded through the wind-blown earth until I reached my house, the home of the Ndiaye family, a last name I now claim as...

I keep having the same dream.  The sun is in my eyes, but in its glare I can see people staring and pointing at me.  Panic stricken, I look down and realize I am naked, exposed.  Then I wake up. But often, I’m not sure that I have actually wakened. When walking to school, I...

We stepped off the plane into the dark. Our feet fell on rocky asphalt rather than cushy airport carpet. African impression: dark and rough. Although I have been here for almost a week, I haven’t found my way out of the dark. Yes, the sun has come up, but it radiates over an unfamiliar land....

As a child, my parents would often find me, independent of supervision, exploring beneath tables and desks in their workplace for used bubble gum.  Without much thought, my small toddler fist would stick the gum into my o-shaped mouth to be discovered.  Although I no longer chew used gum, I believe that I am still...